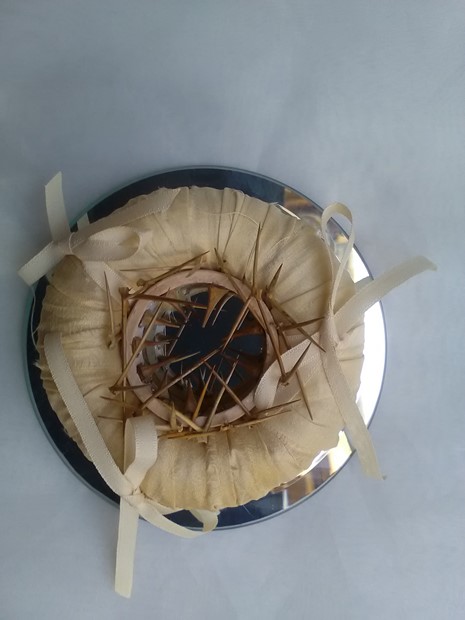 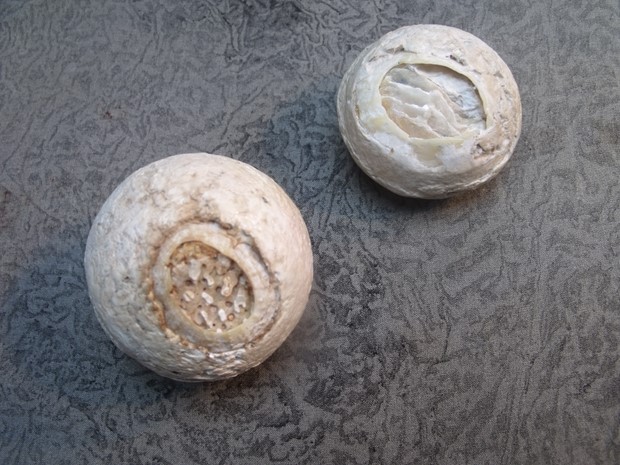 Environmental decline and degradation are facing our oceans

Climate change and plastic pollution are already threatening our marine life.Artists need to contribute to the growing body of environmentally conscious artworks that carry a responsible message.

The legends and mythology of the seas from many cultures tell of people who live in the underwater world,selkies, mermaidsand sirens..Thinking of these stories, I began to wonder what if articles lost at sea were collected by the sea people and repurposed into items for their use.

I began to consider a fictitious museum style display that reveals an imaginary mermaid's collection of accessories, everyday objects from our world given a different life.The display would also show her concern for the disappearance of sea life and contain her reliquiaeof precious fossilized sea forms that have also been lost at sea or are in the process of disappearing from our oceans

The artefacts I have made to convey this message are all constructed from found debris washed up on the shore, pressed porcelain pieces and cast, recycled paper

My recent work has been concerned with environmental issues. Artists need to contribute to the growing body of environmentally conscious artworks that carry a resposible message to raise awareness and try to evoke change.I am interested in remnants and traces of materials relating to Nature that seem significant and which for me contain layers of meaning that can be developed into artefacts and imagery.

I originally studied 3D Design (Ceramics) at Farnham School of Art and then went to Manchester to study for a PGCE.I felt restricted working within a ceramic tradition and wanted to use different materials.I began to use recycled paper to create similar qualities to my work in clay based on an organized equivalent of organic form and moved towards textile ,collage and mixed media techniques.During a residency in the print making department at the University of Central Lancashire I was able to explore silk screen printing techniques

I have worked on commissions for corporate clients.have written articles and a book on papermaking and appeared on television to present the technique.I was a member of the 62 Group of Textile Artists and have exhibited regularly with them.I was one of 8 members chosen to represent the group at Collect at the V&A in London..I have worked as a creative practitioner at the Whitworth Art Gallery in Manchester and was commissioned to make textile pieces for their Tactile Collection.

I have recently been working in collaboration  with breast cancer patients as part of a group called Comma,who are interested in  the concept of Design Activism

2011 At a Tangent, Gallery Oldham, Oldham

2009 The Hub, the National Centre for Craft & Design, Lincolnshire

V&A Museum, London (1of 8 members selected to represent the 62

2006 Vanity Affair: An exhibition of experimental fashion and textiles

2002 Textiles in Context: New works made in response to the collection

The Art & Craft of Papermaking; Half hour Sky TV programme