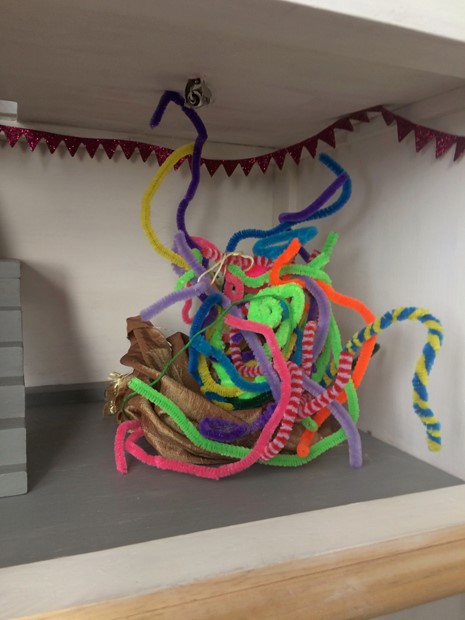 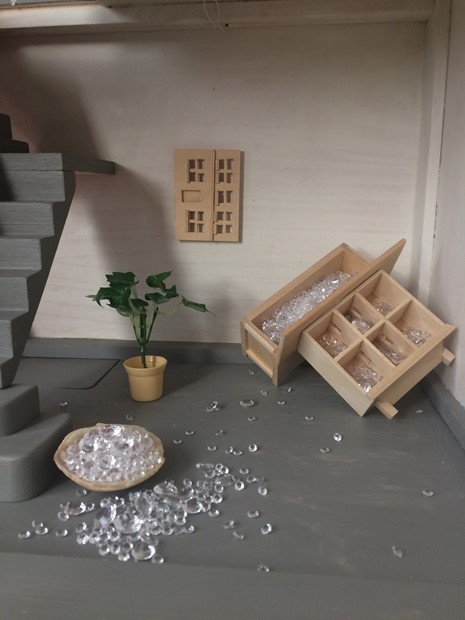 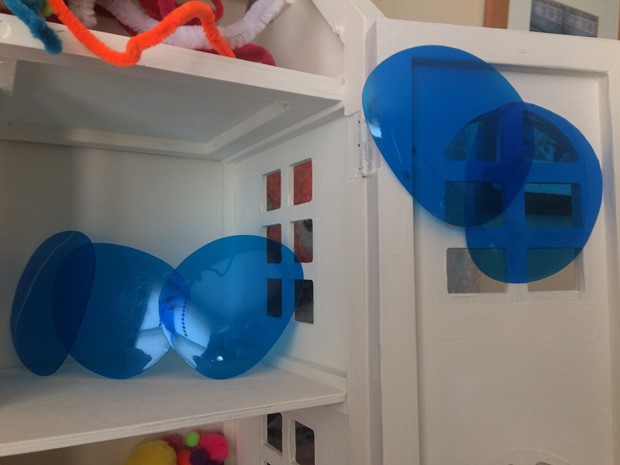 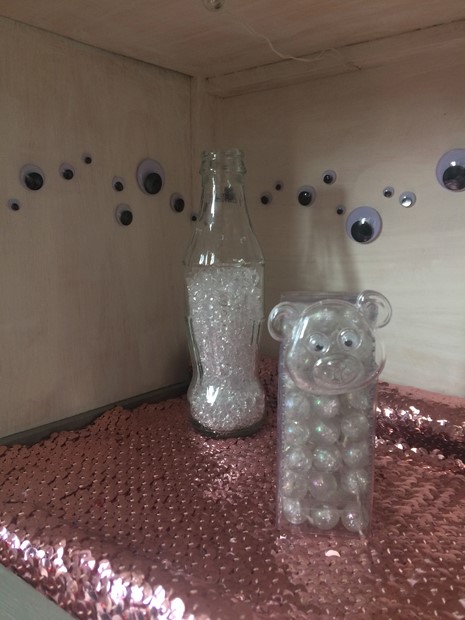 This is actually an installation of two dollshouses, stacked one on top of the other, made while Eldi was having a clear-out to make way for soundproofing works to one of their flat’s bedrooms, and make room for the more current interests of her teenager when the works were completed. There were a lot of old toy boxes that came off the shelves during the furniture shifting; their contents covered the time spanning from her daughter’s infancy to the start of adolescence.

Eldi kept hold of the toys and games with missing parts and pieces that no one but an artist would want. Her daughter kept the things she felt sentimentally attached to, and the rest went to regifting, charity, ebay, freecycle, the recycling bin or as a last resort, the bin-bin.

With the kidstuff as art materials, Eldi began to approach the Small House Gallery rooms as if she were making maquettes for proposed large scale sculptures in a spacious, light filled, high-ceilinged gallery. Fantasising about having an infinite budget and unlimited studio / gallery / storage space (and not having to even think about logistics and haulage costs) she imagined the works being fabricated with technicians and assistants to help, and saw the install in the Turbine Hall or Royal Academy in her mind’s eye. Someday.

Creating these small, creative homages to artists and movements she finds interesting, approaching the making with an ‘as if’ mindset, as if they would inevitably be scaled up to huge proportions, brought immense enjoyment and delight. It had the positive side effect of helping with relaxation during quite a stressful time. Above all, it helped her shed a bit of world-weary cynicism and recover a semblance of lost innocence. Reconnecting to the pure unfettered playfulness of the childhood imagination, when the mind isn’t bogged down by “oh but that’s too expensive” and is filled with the unbounded potential of “just make believe that” is a very precious experience indeed.