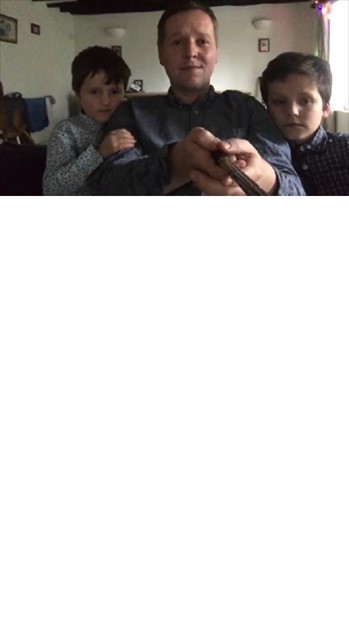 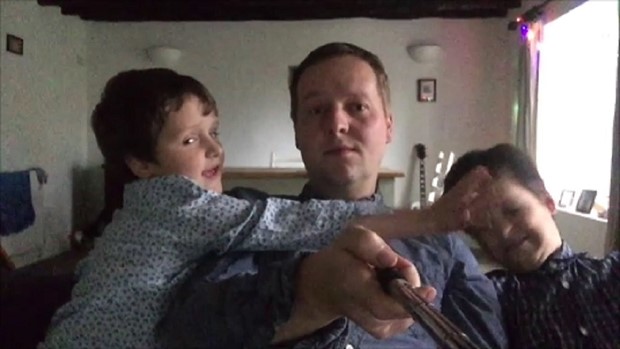 Holding The Frame is a single screen video work involving a continuous shot of the artist and his two children sat on a sofa in their living room. Dressed in their smartest shirts, they have the look of a family preparing for a family portrait. The video is shot on an iPhone which is attached to a selfie-stick which the artist holds. The children are clearly enjoying being able to view themselves and the family unit on the screen of the phone – they are both participants and viewers of the work as its being made. The children have been instructed by their father to try and stay still as long as possible and to adopt the controlled poise of a still photograph. As time passes the children inevitably move and shift, bicker, laugh and pull face at the camera and each other while the artist quietly endeavours to keep them in place.

As the children struggle to maintain their positions so their father struggles to hold the frame of the camera in front of them steady. As the time passes and the artist#s arm starts to ache under the effort of keeping the camera in the air, the camera shakes and becomes unstable and unfixed