Using a toy as point of departure came naturally because I am a mother and surrounded by these things. They have immediate connotations of play, amusement, insignificance, childhood and the home. 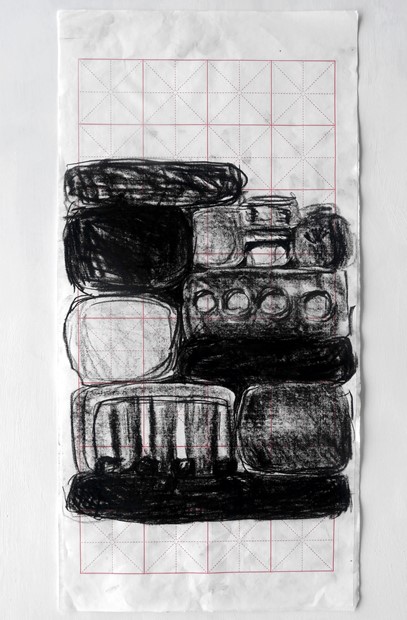 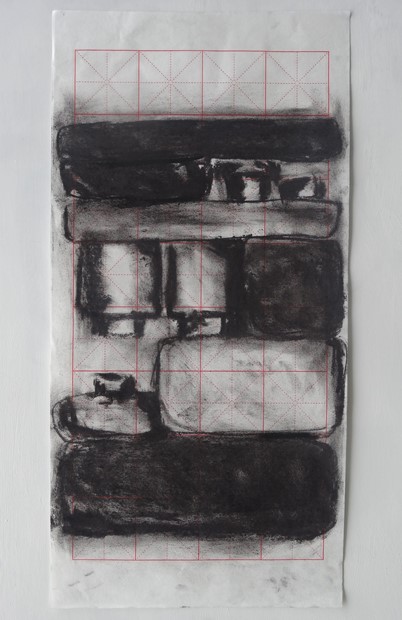 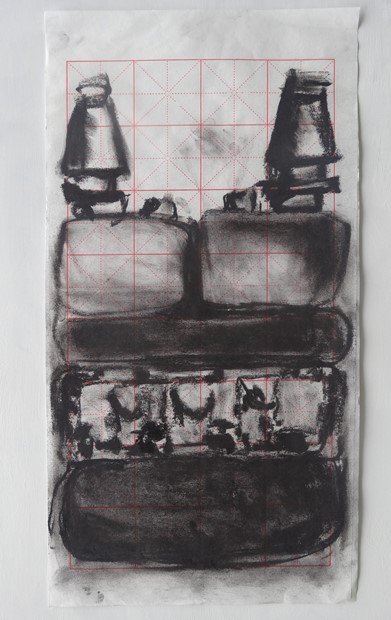 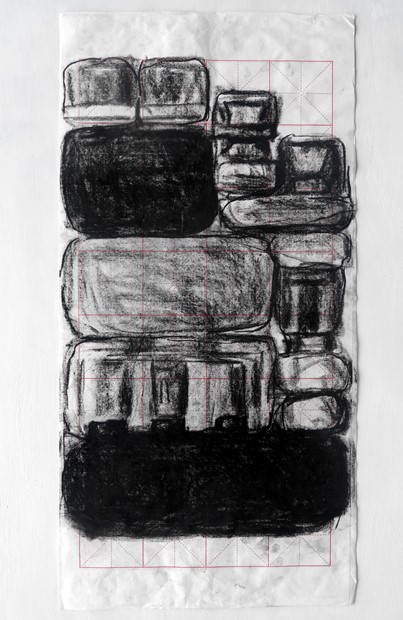 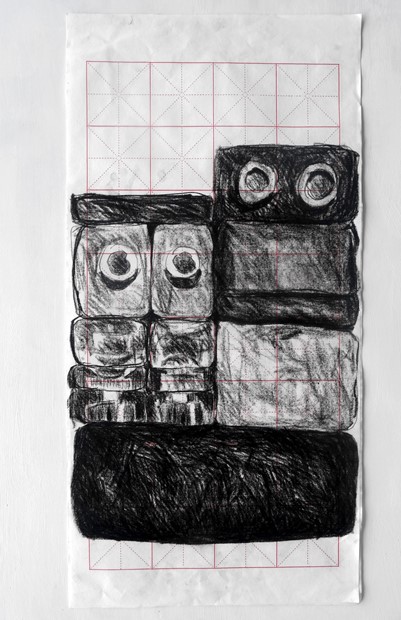 Using a toy as point of departure came naturally because I am a mother and surrounded by these things. They have immediate connotations of play, amusement, insignificance, childhood and the home.

My five year old son made a little Lego construction of the smallest pieces available. I was intrigued, drew it and a new body of work evolved. The process led me from initial playfulness to a more sombre representation of these items. They are drained of colour; sometimes I consider them as still lives; other times monuments in a landscape; possibly the representation of a state of mind. The simplicity and geometry of these child built forms, their boxy machine-like shapes which fit combinatorially onto their rectilinear support appeal to me.

The objects are often cropped tightly to achieve a sense of importance and weight. The big and the small, important and insignificant get mixed up and re-evaluated. I transform tiny and insignificant Lego toys into monuments. I am going in, zooming in like a scientist or explorer making them bulky and metamorphosing them with a sense of importance. The essence of this process is finding, searching, inventing structure and pattern, sometimes distressing, to find individuality, difference and interest in the inherently fungible.

In this way, collected childhood insignificance turns into adult monumentality. Our childhood experiences evolve into intricate complexities, often doing all sorts of damage and othertimes being wonderful. Transformation of all kinds is theoretically possible and happens but childhood basics and deep experience can loom big and appear insurmountable.

Two artists who inspired me directly in this series of works were Philip Guston and Giorgio Morandi. Guston makes imagery of daily life look big, the shoes, the hair on the legs, the hand holding a cigarette. They are comical and sombre simultaneously. What I like in Morandi’s drawings, especially the quick sketches, is his quality of line, sensibility and emotion.