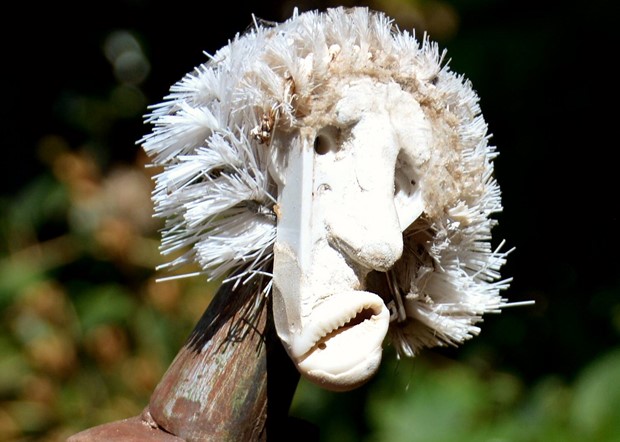 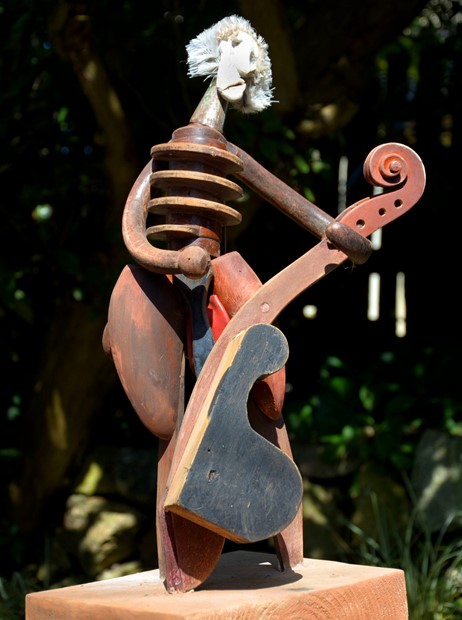 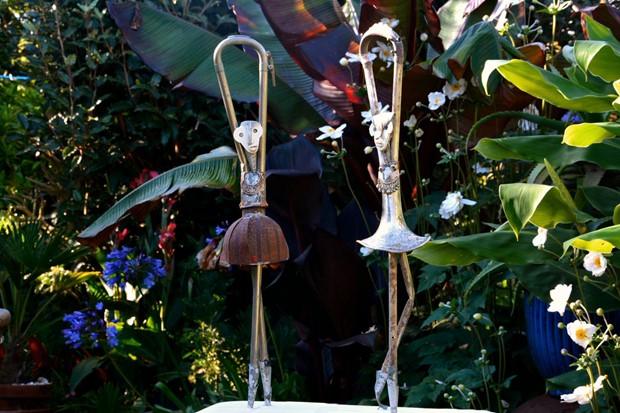 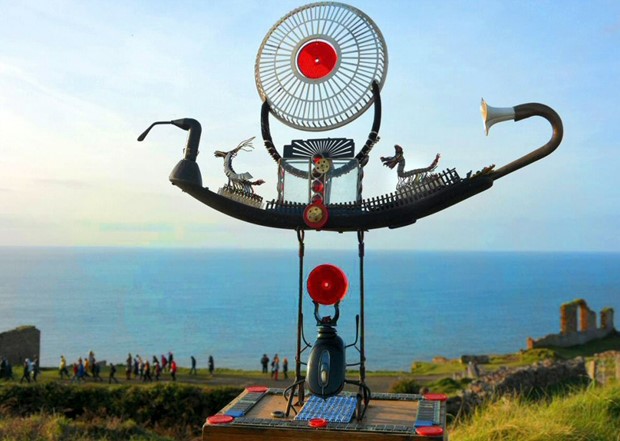 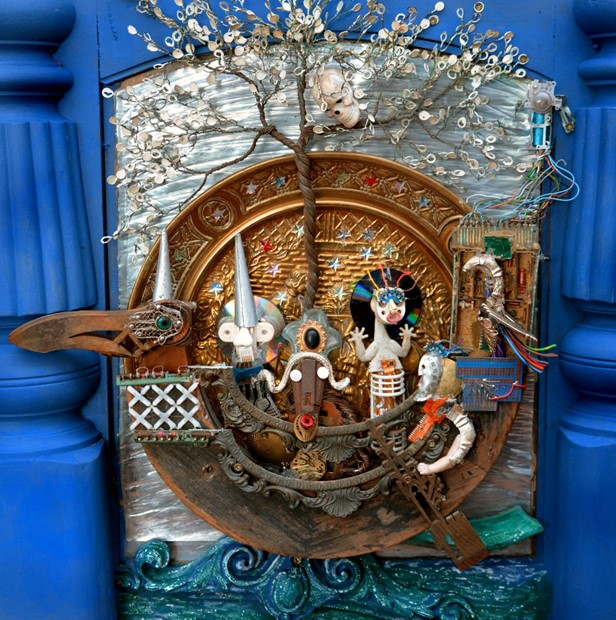 Concepts Public art, large scale site specific sculpture in urban and rural sites often, post industrial, technological or environmental themes. Landmark sculptures, often reflecting aspects of their immediate locality in a variety of materials. Exploring the connections between technology and mythology. Assemblage sculpture, artefacts, icons, masks and god dollies. Fragments from a post-technological future, spurious museum pieces exhibited in cases as archaeology or ethnology or worn as masks and costume in landscape theatre. Reconstruction of spurious musical and scientific instruments, satirising changing attitudes to technology. Influences I am very interested in the connections between religion, mythology and technology and the enduring archetypes which have persisted throughout many cultures. Some of my work resembles archaeological or ethnological displays. I am very interested in the way that the past is constantly being re-interpreted and exploring the 'language of things'. My work is produced as a reaction and comment - often satirical, to the changing world around me, and as such is constantly changing. Recently I have built a series of large, humorous sculptures for the Eden Project in Cornwall based on the themes of plants and people. Career path Most of my work is produced in a reaction to the world about me. Large scale site specific work is usually a specific theme related to its site. My work changes as the materials society discards change. In the 809s the theme was mostly post-industrial, the millennium produced a series of large site specific sculptures sited and based on millennium projects.As a spurious archeologist  I continue my explorations of the Anthropocene era, commenting on its  potential threats to our continued existance on this olanet. I continue to look for opportunities to build large or small sculpture and create exhibitions that reflect, often with humour, the effects our rapidly growing technology is having on our lives and beliefs.