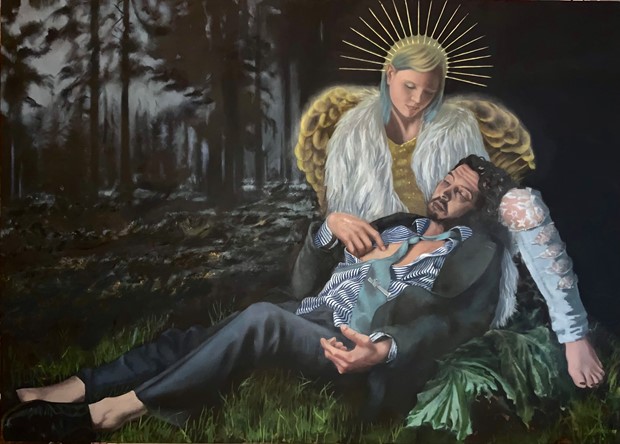 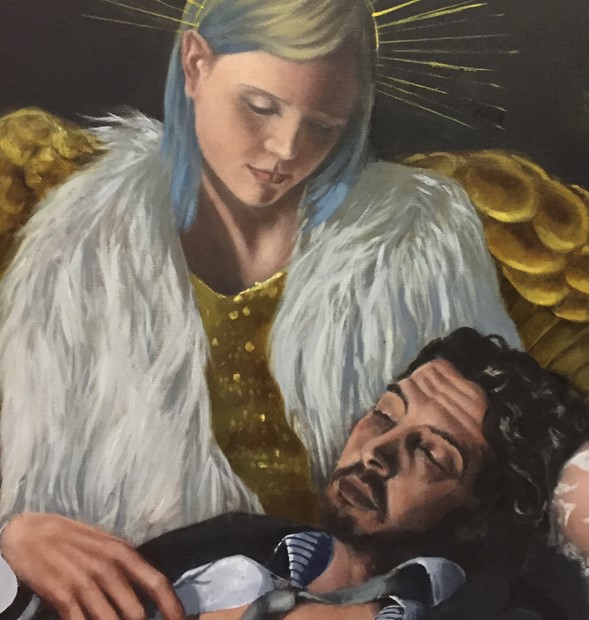 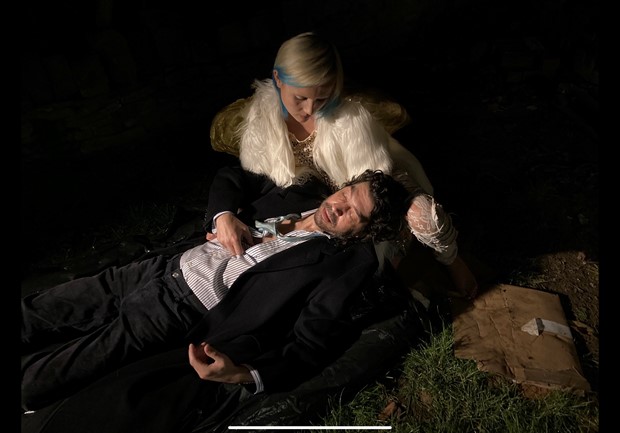 A transcription of “St. Frances of Assisi in Ecstasy” by Caravaggio. Oil on linen.
This was painted from a photo shoot myself and artist Susanne Palzer did with Sheffield artists Paris Phipps and Madeleina Kay. The angel’s outfit is the outfit Madeleina actually bought with her from her political activism performances. I wanted the image to be open to interpretation but felt that the contrast of ages between the two models and the them of compassion and care would naturally create a powerful image. There is a joke about genetics in the painting and St.Francis’s tie pin is the clue.