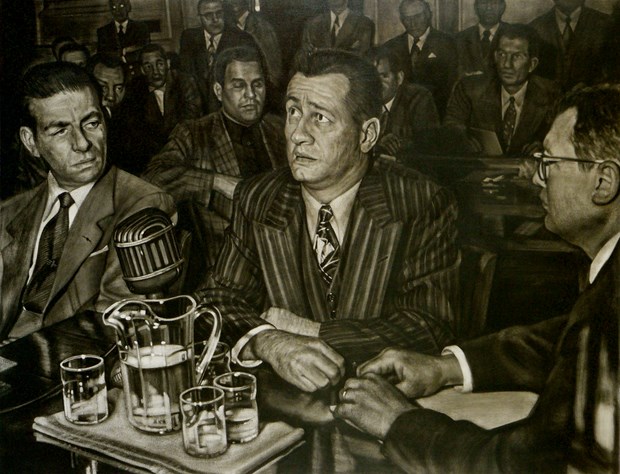 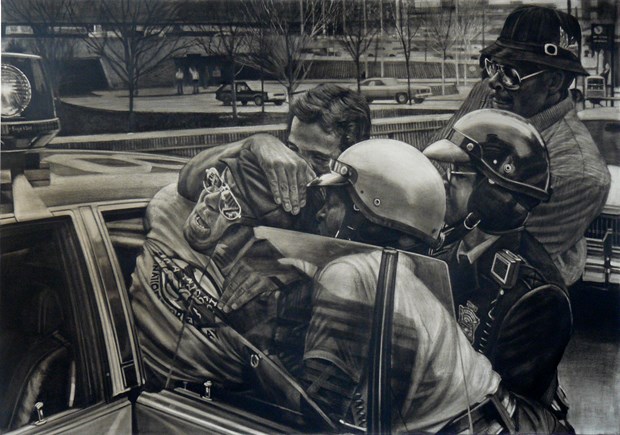 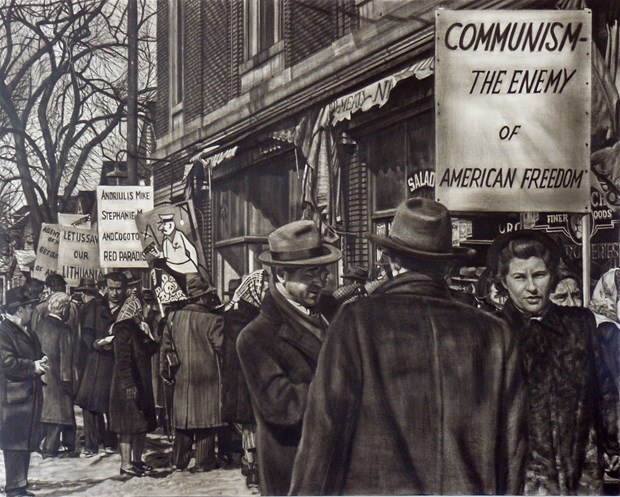 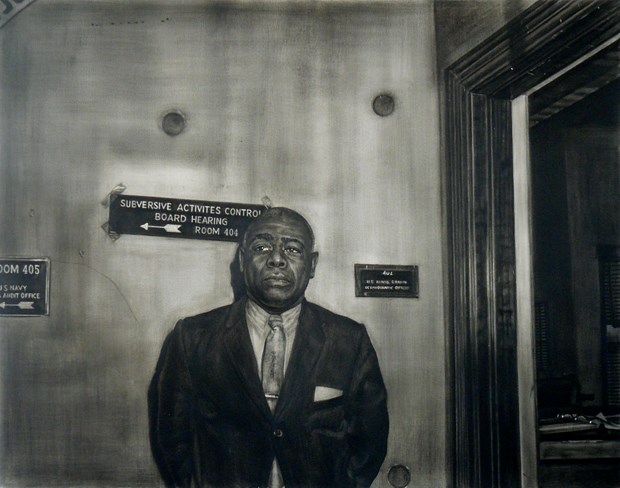 ‘American Freedom’ is an ongoing series of paintings grouped into ‘chapters’ each of which will address an aspect of American political and social life.
The first chapter is entitled ‘Trials’ and refers to the hearings of the ‘House Un-American Activities Committee’. Formed in 1938, the committee became permanent in 1945 and was eventually abolished in 1975.
The photographic sources for ‘Trials’ came from archive material acquired by the artist from the Chicago Sun Times newspaper. The titles of the paintings are taken from inscriptions on the backs of the photographs.
The paintings are intended as a reflection on the means by which political discourse became restricted in the U.S. after 1945.