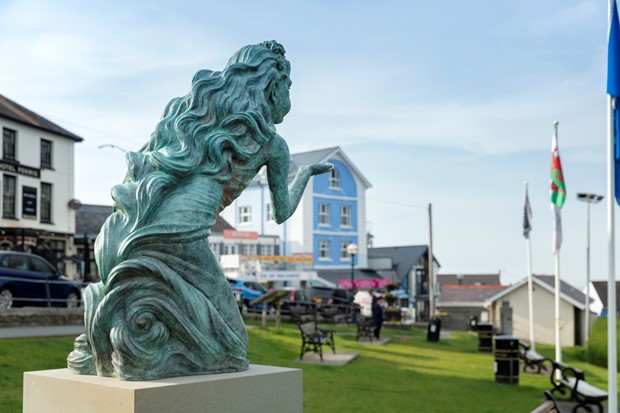 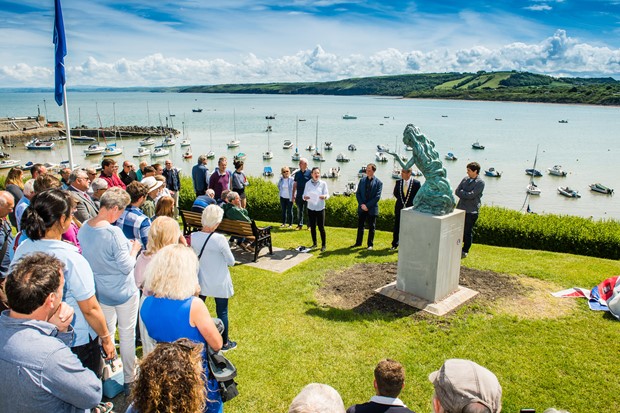 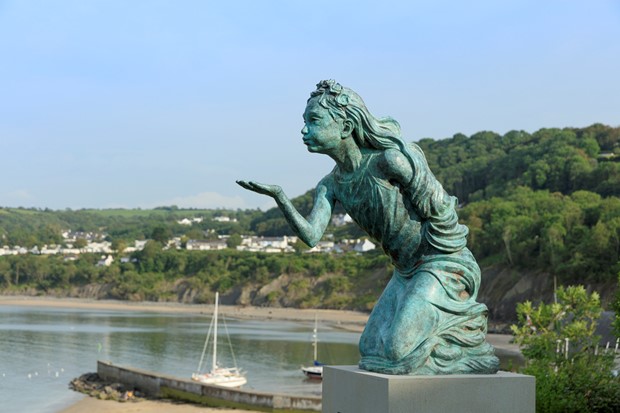 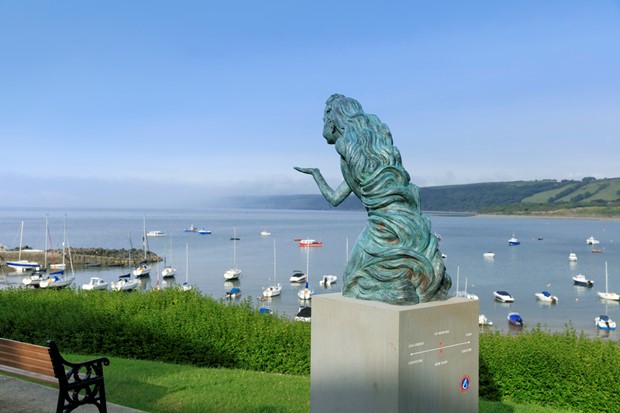 She has been inspired by the town’s rich seafaring history and the Welsh language. The work speaks of the age of sail and the future of our oceans. She sits at the mid-point of the Wales Coast Path and marks spectacular views of the coastline. On a clear day, the peaks of Snowdonia are visible.

New Quay’s heritage as a community of fishermen, shipbuilders, sailmakers, navigators, and smugglers (to name a few) is linked via a common strand to the Wales Coast Path. The sculpture draws on a history which saw Welsh schooners built on the beaches of Cei Newydd and Cei Bach, harness the wind to reach the Americas and beyond. It will provide visitors to New Quay and navigators of the Wales Coast Path a new landmark that celebrates the mid-point location of the 870 route.

The common strand running through the work is the weather, especially the wind, which controlled the success of seafaring voyages and continues to dictate today’s ever-popular dolphin spotting trips. Parallels have been drawn between a seafarers’ heightened awareness and knowledge of the wind and weather and that of a person traveling the Coast Path. Not only in their preparations for a voyage, walk or run but also in their awareness and appreciation of the ever-changing land and seascapes that reward anyone who spends time in the elements.

The sculpture has also been inspired by mariners superstitions; the rituals associated with good fortune at sea — nearly all of which aim to offer protection from the weather. With this in mind, it is hoped that the sculpture will become known as a lucky figurehead. A destination and geographical marker and a new ritual for the mid-point of the Coast Path perhaps?

The new deity will hopefully be read in a number of ways. She references New Quay's past and the people who have gone to sea, but she also blows a kiss to the future of our oceans.

A symbol of luck for those who believe!