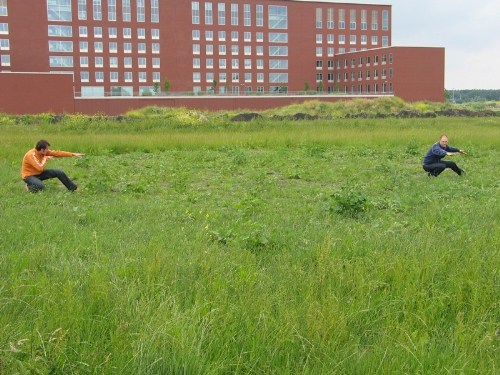 The photograph evidences a performance by David Adkins and Michiel Henneman, which took place in Utrecht on 17th June 2007.
Utrecht is the city most associated with Rietveld, particularly the Schröder House (1926). The performance Homage to Gerrit Rietveld responds to aspects within Rietveld's work, notably the edge of the city, the flat planes of modernism and horizontality within the work.