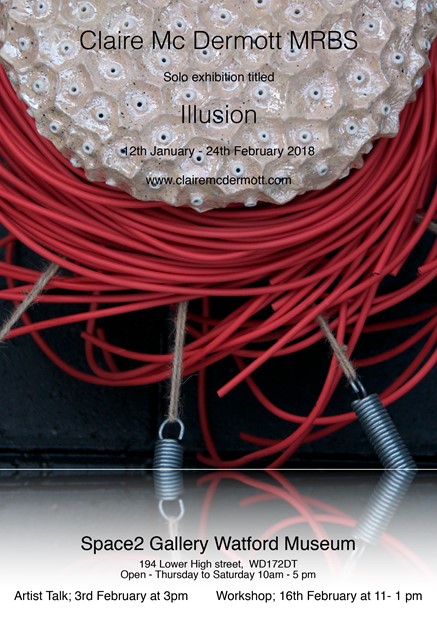 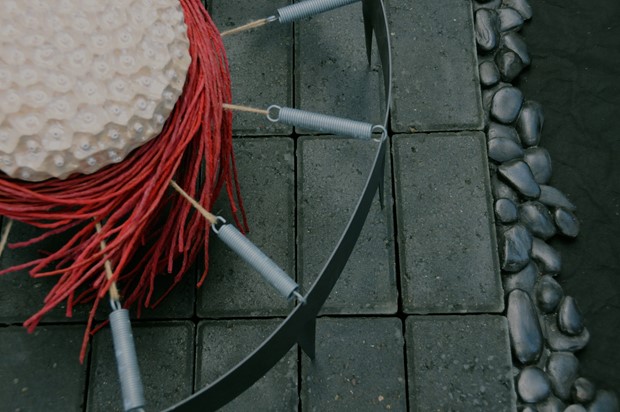 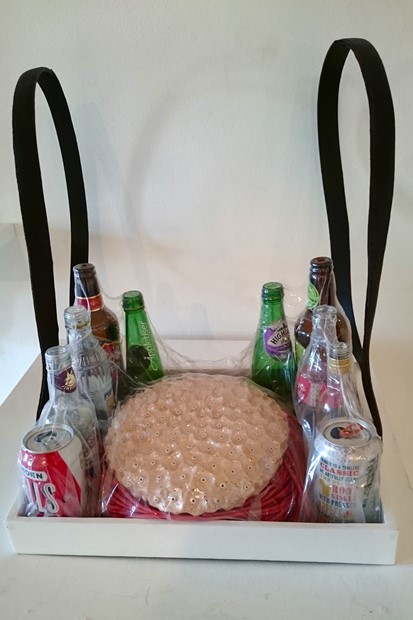 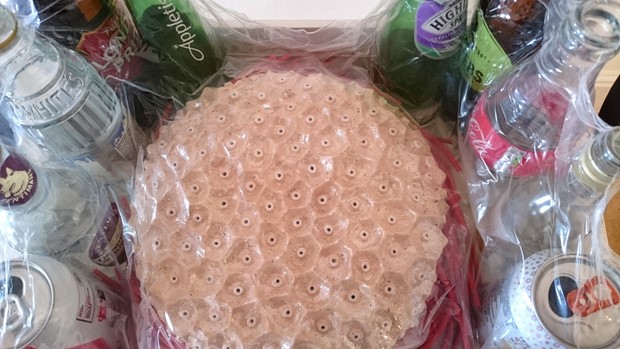 The Exhibition titled Illusion will be a retrospective of a body of work titled ‘Identity’, which is based on Mc Dermott's studies of spent Michaelmas daisies. Her new work uses a ceramic seed head to represent nature as the core starting point for each of the sculptures. The seed heads have been placed alongside objects, which represent threats to the environment to question and highlight the Illusion we may be under regarding the role recycling plays in reducing our individual carbon footprint.
The war on plastic had just started before this exhibition and I had ran out of time to find a substitute for the nest of red tubes that the ceramic seed head sat on, but replaces the plastic with red string after the show.