Concerned with mothering as lived experience, my recent work has explored aspects of this role not commonly represented within fine art practice. I have equated art making with child rearing: the drive to create involves endless repetition, everyday frustration and the impossibility of ever getting it quite right.

"Portrait of a Labour" 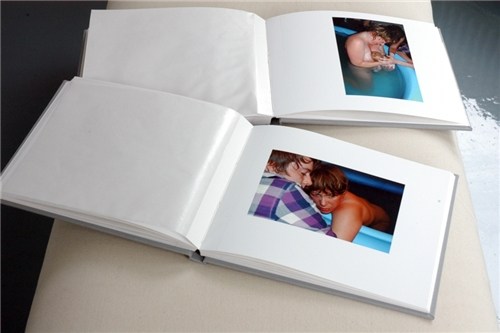 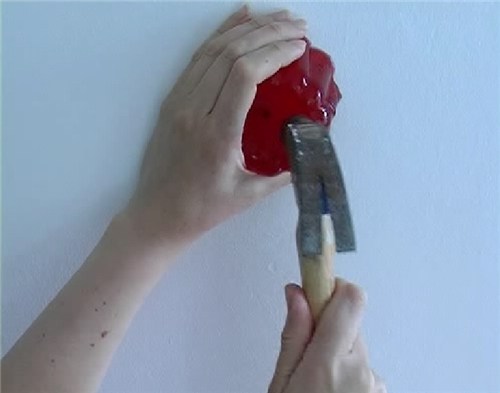 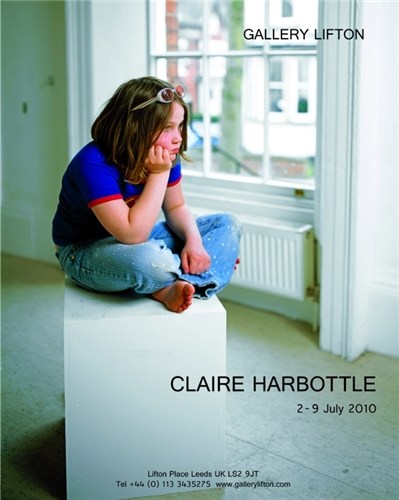 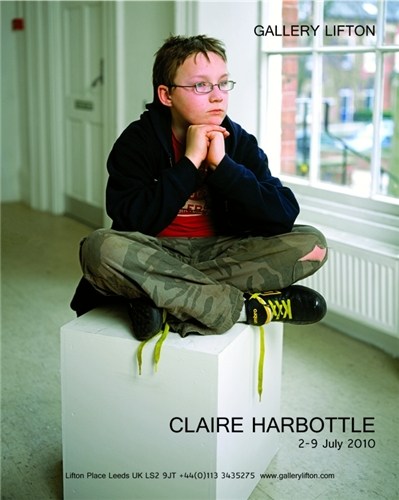 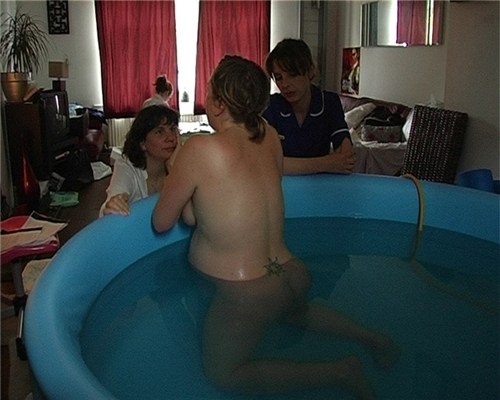 Concerned with mothering as lived experience, my recent work has explored aspects of this role not commonly represented within fine art practice. I have equated art making with child rearing: the drive to create involves endless repetition, everyday frustration and the impossibility of ever getting it quite right.

There is an attempt to reclaim the appropriation of childbirth and childrearing from the medical, political, socioeconomic and traditional artistic discourses. 'Stretched Thin', 'Nailing Jelly' and 'Driving Blind' are film works which explore these concerns through an indirect method of making work which is destined to fail. The snapping of elastic bands and attempt to reform them, the absurd attempt to nail jelly to a white wall, imply violence, frustration and futility and yet an acceptance that something positive comes from this apparently pointless activity. The elastic bands 'fail' under sufficient tension: they look almost the same afterwards, but they are fundamentally changed. The futile attempt to hold the jelly in place destroys it as it splits, droops and tears, resisting containment. 'Driving Blind' is a short car journey, a trip there and back again. By removing the driver's sight and the use of their right hand, they are disempowered, reliant on others for guidance, hesitant and unsure. The confidence of experience is denied, the position most women find themselves in when they come to give birth.

While there are various representations of women in labour, these tend to focus attention on the event of the child's birth, not the woman's birthing process, often objectifying her in favour of the subjectivity of the newborn. 'Lilla's Birthing' seeks to redress this, re-establishing the birthing woman as empowered within her own labouring, not victim of it. Through a normalised woman centred portrayal of birthing, the widespread misrepresentation of labouring women and their bodies is undermined. The camera remains as closely as possible with the woman, the edit favours the process over the event (the birth itself occupies seconds out of the film's length), the humour, mundanity, excitement, joy, boredom and the pain intermingle, the cyclical rhythm of the contractions set the pace.

'Portrait of a Labour' is a book work which works with and against 'Lilla's Birthing'. The intimacy of the book format allows the viewer to examine that which the film denies, the expression, the identity, the representations of her which the film references (you see these shots being taken) but refuses.

'Cost/Value' uses the conventions of advertisements for artworks and exhibitions to highlight the imbalance between the cost of producing children/artwork and the resulting value society places on the product of such labour. The cost of producing my two children thus far (£113,490 and £82,695 respectively according to LV Insurance company's 'Cost of a Child' calculations 2010 ) is juxtaposed against the value they are deemed to have (£11,800, the statutory bereavement damages award in the event of a fatal accident claim). It is interesting that successful artwork would be expected to have the opposite cost/value relation where the value would far outstrip the cost of production. Producing children is of little worth, producing artwork is held in far greater esteem.

Final student enrolled on BSc Midwifery Studies at Bradford University due to complete 2014 and to commence employement with The Yorkshire Storks Independent Midwives.

Practicing artist with a research interest in challenging representation and perception. Recent work includes photography, digital video, installation and artists books.  Extensive experience teaching photography and as visiting artist in schools, FE and HE, as well as non-traditional educational settings. Wide experience of working with people with a variety of special and additional needs. Freelance general practice photographer specialising in arts, performance, exhibition and installation work.

Midwifery Studies BSc Due to complete 2014

Lilla’s Birthing: Re-appropriating the subjective experience of birthing in visual art. Mothering and Motherhood in the 21st Century: Research and Activism Conference organised by Motherhood Initiative for Research and Community Involvement (MIRCI) and Centre for Research in Anthropology, Portugal (CRIA). Lisbon, Portugal February 2010

Men film and women disappear. Re-appropriating the subjective experience of Birthing in visual art. University of Leeds May 2010