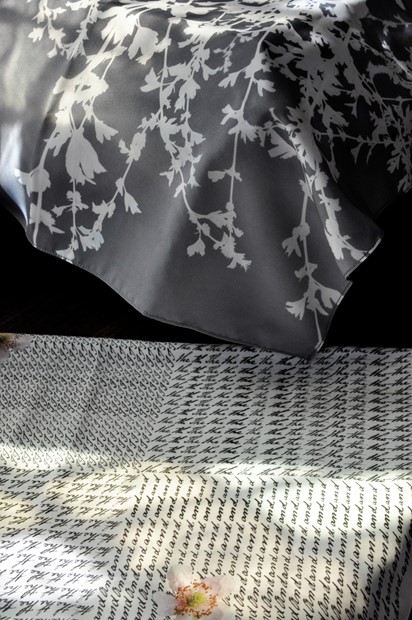 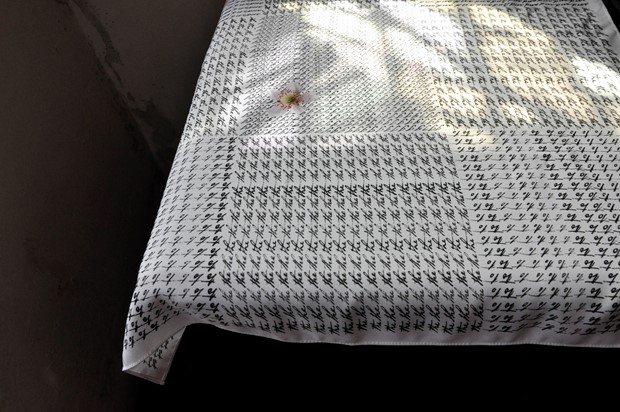 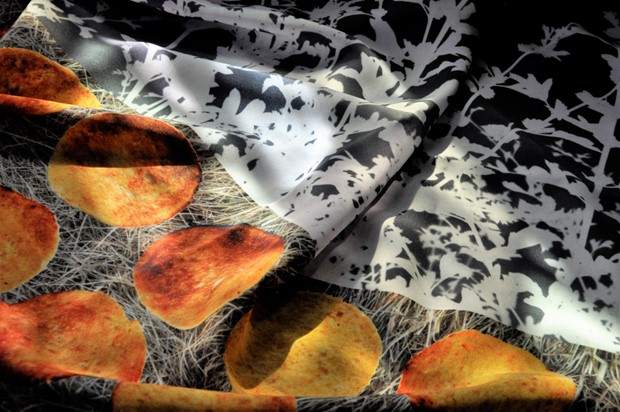 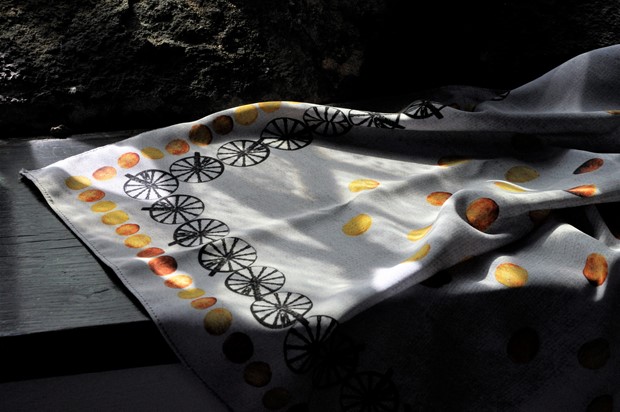 A series of handkerchief's record my response to the story of 15-year-old Isaac Entwistle, and the journey he took on 16 August 1819 from his home at Affetside to St Peter's Field. I have tried to capture my response to the physical features of the landscape that Isaac would have passed through his long walk to Manchester, features he would have known as an implicit tactile understanding since childhood. This lead me to think about Samuel Crompton, the Bolton-born inventor of the Spinning Mule. He would have been receptive from a young age to the inner structure of short fluffy staples of cotton fibre, testing their consistency and lightness as they were rolled, pulled and spun into yarn. I was able to discover more about Crompton through his hand-written letters in the Bolton Archives. I traced the rippled and curled lines of an 'I' alongside the feathery characteristics of a 't' next to a sloping 'o'. Words copied form the page were placed side-by-side and understood as a structural, rhythmic formation about the physical, tactile side of hand-production that Bolton weavers were in danger of losing with the shift to machine production.

This work was supported by the ArtivistGM programme, a collaboration with Greater Manchester Combined Authority, GM Libraries & Archives, and Manchester Histories. Artivist GM enabled archivists and artists to collaborate in bringing a heritage collection or archive to life. The project was designed to enable an exploration of the importance of a creative archival process to the creative practitioner and develop a deeper understanding of how archives can be opened up to public engagement in new ways. Ideally the work would take inspiration from the 200 year anniversary of and the Peterloo Massacre and the themes of Protest, Democracy, Freedom of Speech.