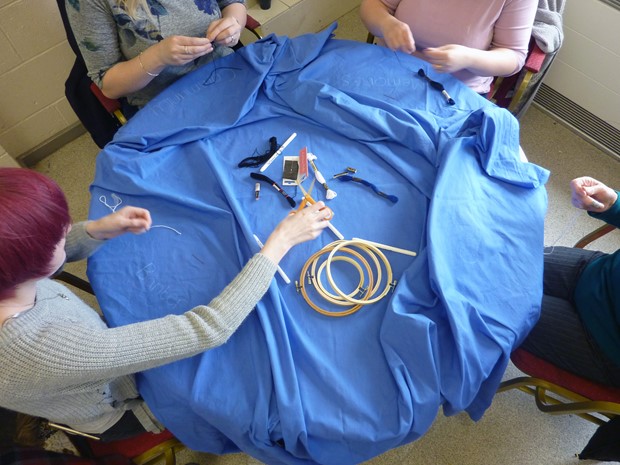 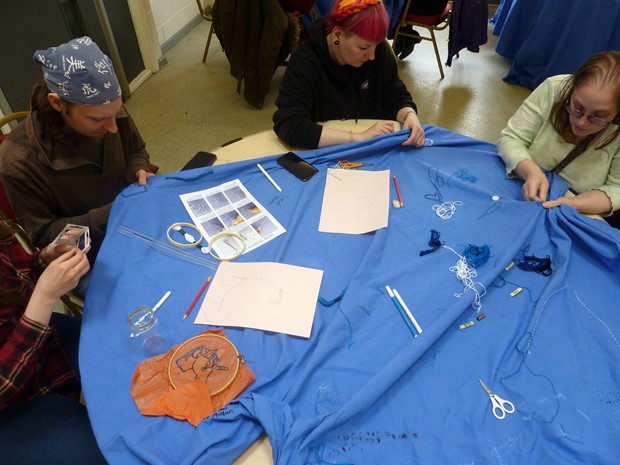 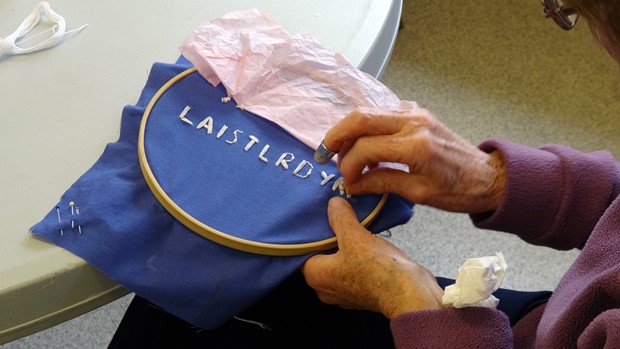 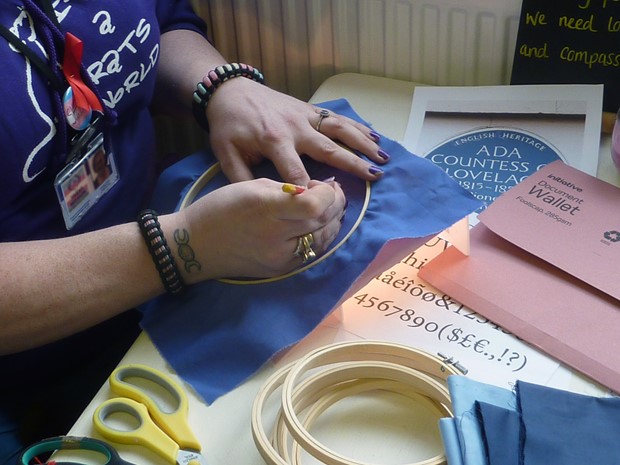 The project ‘Blue Plaques of Intangible Experiences’ is a collaborative project between myself, June Hill and Leigh Bowser supported by an Arts Council National Lottery Project Grant and involves working with groups of people to support them to produce their own creative stitch-based work. Three groups of people from two different community centres in inner city Bradford are taking part in the workshops to develop their own work in response to positive and often intangible aspects of neighbourliness experienced in their local community, which they will display as an exhibition event at the end of the project.
Our activity focuses on positive stories of communities in inner-city Bradford, specifically in light of their representation through media and public opinion. The project engages with two physical and transient communities, namely a community centre in Great Horton and a pay-as-you-feel café offering a passing, often displaced community a nourishing meal and safe place to go.
The outcome is offered in two strands. One involves the creation of blue plaques of individually stitched cloth created during group workshops. Distinct from the blue plaques heritage scheme which creates a public emblem to notable people and the buildings in which they lived and worked, this is a stitched-based project as restorative activity, caring for the latent activities and actions of neighbourliness that can often be tucked from view, revealed as palpable stitches into cloth. The second is open-ended combining the absorption in the activity of stitchery as a way to connect self with others, site and place. Participants sit at blue fabric covered circular table tops offering shared spaces for stitchery to take place, bringing new significance to the cloth as democratic spaces for expression.