The Train Track and the Basket [interior perspective] 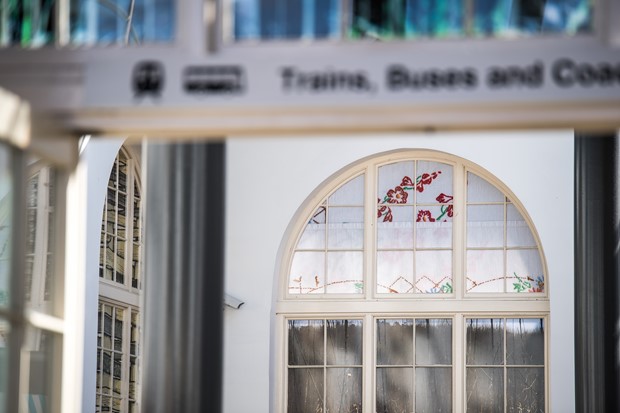 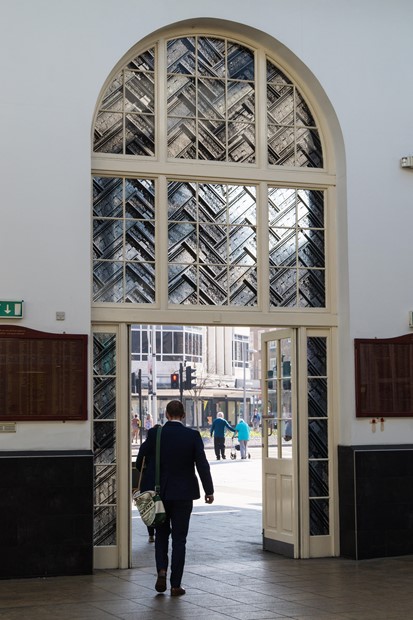 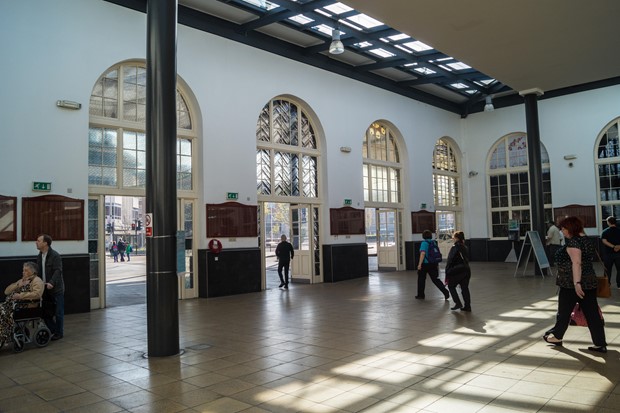 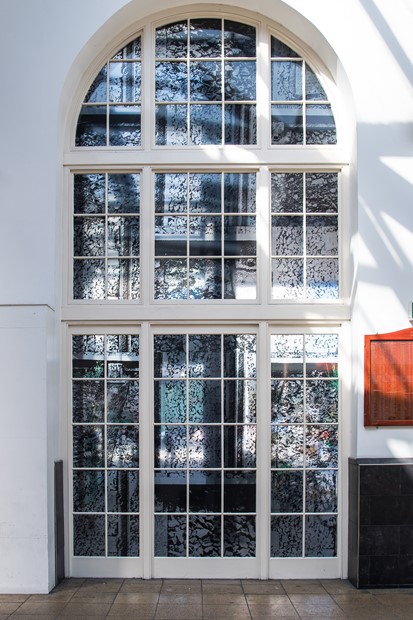 'The Train Track and the Basket' consists of digitally printed vinyl panels installed in each of the 14-exterior facing arched windows within the First World War memorial entrance at Hull’s Paragon Station. The artwork was presented as part of a major programme of temporary art commissions for Hull UK City of Culture 2017.

Between 1848 and 1914, more than 2 million people arrived into Hull by ship from mainland Europe, and left by train to the transatlantic ports of Liverpool and Southampton, seeking new lives in the New World. This mass movement of people, many of whom were in Hull for just a few hours, ended abruptly with the outbreak of WW1. The installation placed at Hull’s Paragon Station explores the phenomenon of ‘transmigration’, and the notion that skills and belongings traverse transport routes alongside people.

The work is partly inspired by social narrative painting made at the time of transmigration, which captures loss, lament and excitement at a new beginning. It’s also drawn from personal travelling experiences, and particularly the idea of looking at what people take with them on a journey, both as luggage and in terms of their culture and craft skill. The transmigrants carried large woven baskets on their journey through Hull, and brought skills such as double cloth weaving, while absorbing the skills of others. They adapted their techniques to the materials available to them in a new country. The train station today, with its constant movement of people, continues to mirror the weaving process: the action of double weaving, layers crossing over layers, countless patterns created every time people enter and exit. As individuals weave in and out, carrying luggage that reflects who they are, they too add and take new influences in an ever-changing space.