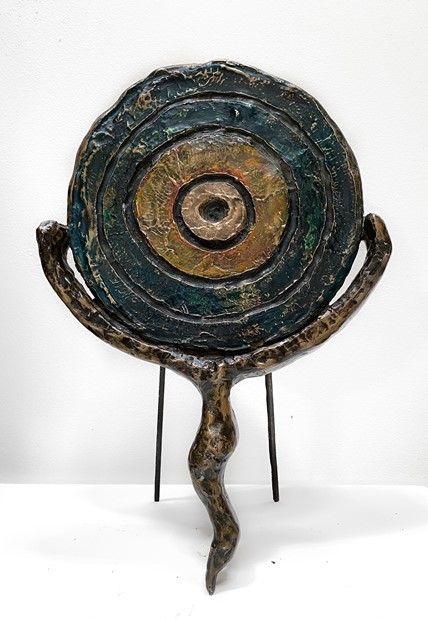 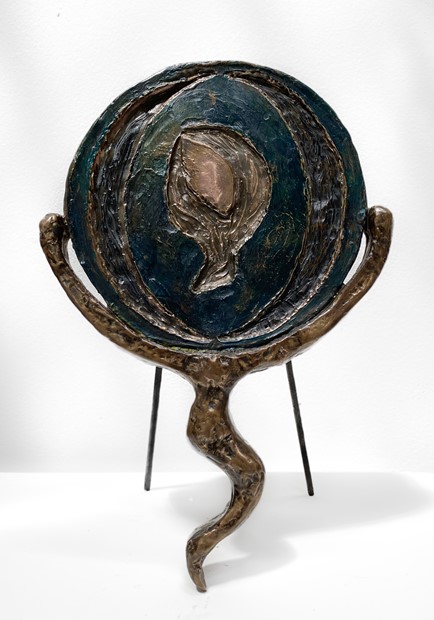 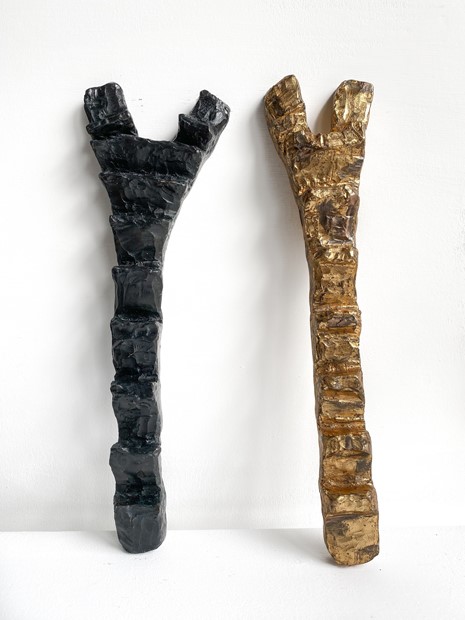 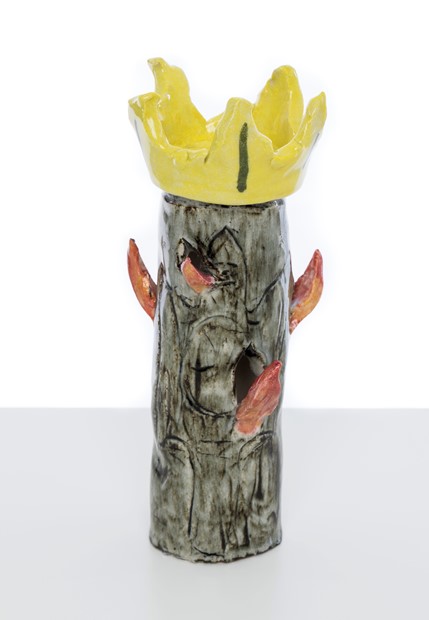 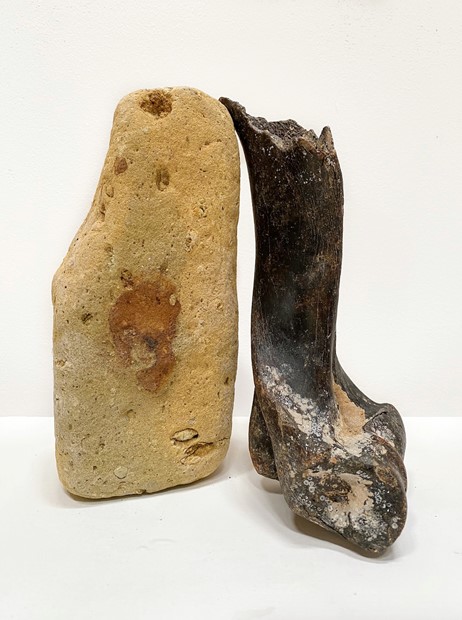 Chantal Powell creates sculptural works about the unseen aspects of our psyche. A PhD in social psychology and an interest in Jungian theory inform her practice.

Curious about how we are influenced by our personal and collective unconscious, Powell embraces metaphors, myth and symbolic language in her making. She works intuitively and intellectually in order to identify archetypes and discern key associations from her objects.

Her use of symbolic processes and materials (such as sand casting, tin and gold), reflect her research into the alchemical process. Alchemy serves as a metaphorical representation for the process of transformation of the self that Jung called individuation – the goal being to re-establish connection between the conscious and unconscious.

Consciousness is transformed by the encounter with mystery and art is an instrument to facilitate this. Powell’s created objects can be read both as intimate portraits of the artist’s experience and more widely as poetic understandings of human psychological states.

Powell was shortlisted for the Mark Tanner Sculpture Award in 2015 and has exhibited at venues including the Guildhall Art Gallery in London (alongside Paula Rego, Yinka Shonibare, Grayson Perry and Matt Collishaw), The Royal West Academy (Bristol), OCCCA (California), and at collateral events at the 53rd and 54th Venice Biennales. Powell has also worked on a number of public commissions and is the founder of the artist residency program and annual exhibition at Hogchester Arts.

To Be Confirmed, The Bristol Gallery, Bristol, UK