We only dream of places and resistance, for now. 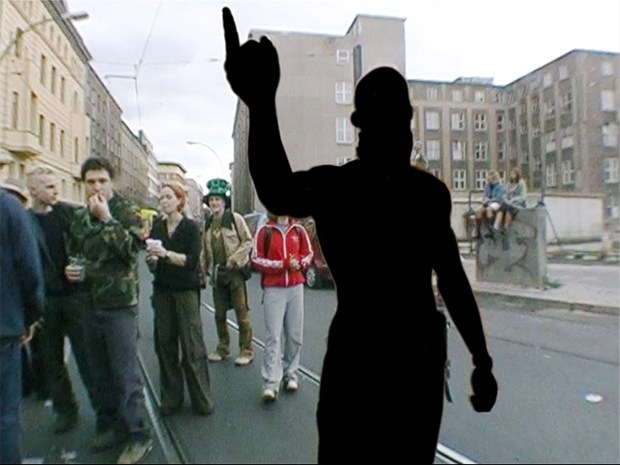 Cities, socio-political systems and cultural values are subject to change. Rapid shifts and experience of loss, insecurity and estrangement leave identities fragmented and individuals perplexed, speechless and ripped from values, loved-ones and well-known places. In this scenario the body seems to remain a reliable constant. Dance and ritual seem to offer an alternative tool of communication and mode of expression, generally perceived as universal languages and as fundamentally human. In moments of re-adjustment impromptu dance, unconscious gesture and staged ritual seem to re-establish a sense of community and transform the body into a vehicle for memories and emotions. This effect has been since old ages deliberately sought after in traditional rites of passage demarcating a moment of transition as the step from child- to adulthood where collective memory is in ceremonial performances re-evoked.
Artists and filmmakers are especially interested in these brief moments of transition from an old to an anticipated new status quo as they seem to carry the potential to renegotiate the future. And if Giorgio Agamben claims that society has lost its sense of gestures at the end of the 19th century there is a long tradition of artists and filmmakers dealing with bodily ways of expression as if to make up with this loss. Artists such as Trisha Brown or Jirí Kovanda responded in their performative interventions in public space to an increasing isolation of artists in urban environment and the alienation of human beings in modern cities. The artist Lygia Clark was interested in the therapeutic effects of bodily experiences, used her participatory performances to reveal memory and trauma.