Singing Over the Bones 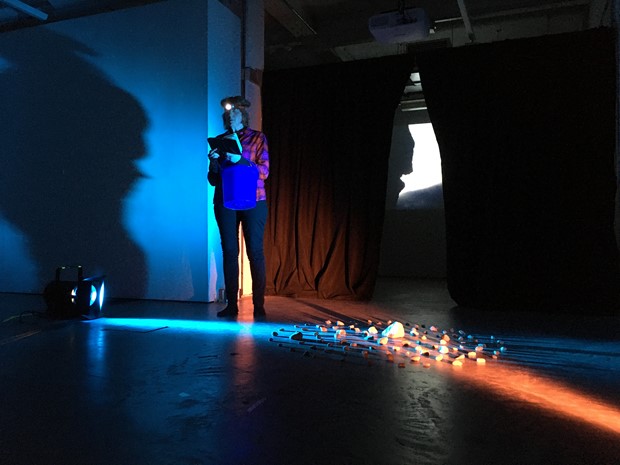 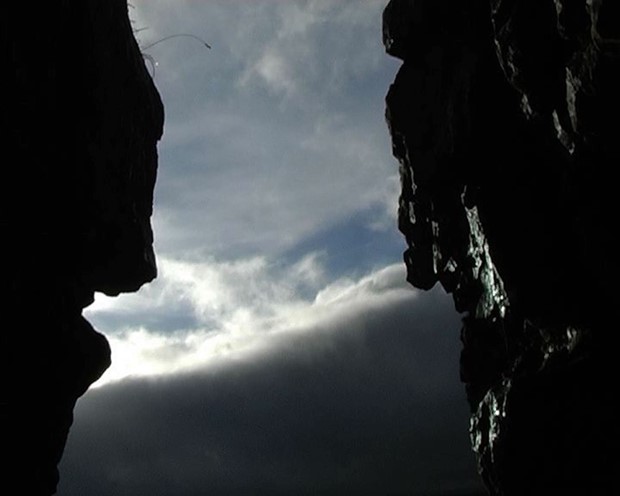 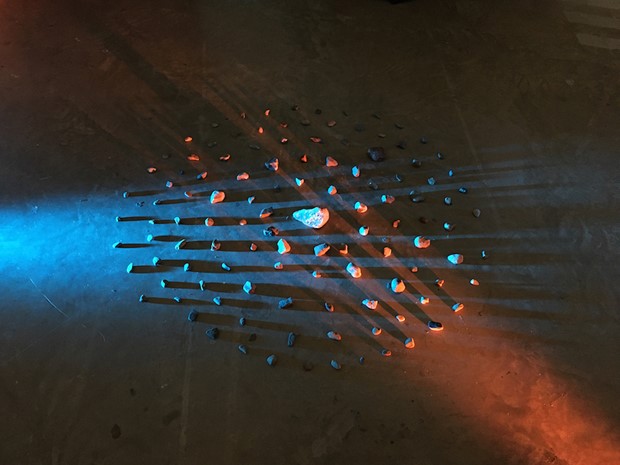 Performance at Baltic 39 Experimental Studio in March 2020, involving stones, sound-producing found objects, the human voice and image projection.
This performance was an experiment in placing objects (stones), from a particular rural environment, in an urban artspace, and by doing so, extending the relational field in which they operate. The ritual of placing the stones, speaking and singing the names of flora and fauna of the area, and appealing to a guardian spirit of place from local folklore, was completed by those taking part banging and rattling noise-producing objects; tin cans, shells and a plastic bucket. It was important for everyone there to handle one of the stones, making a physical connection with the stream and wider environment where they were found. The weaving together of the human voice with the sounds and tactility of objects, formed a multisensory, incantatory spiral of appearances, manifesting visually through the stones on the floor. A still image of the sky from the entrance to the cave where the spirit (Hobthrush) is said to dwell, was projected in the recess behind parted blackout curtains, forming another connection with the actual site. The stones were subsequently returned to the stream, connecting the performance back to the running water and wider landscape of their origin.
The Experimental Studio provided the space and technical support to enable this exploratory performance that developed as part of a series of works made at archaeological sites, on Orkney and in Teesdale in the North Pennines.
The performance Singing Over the Bones was part of the practice-based research element of my Master of Research project undertaken at Northumbria University.