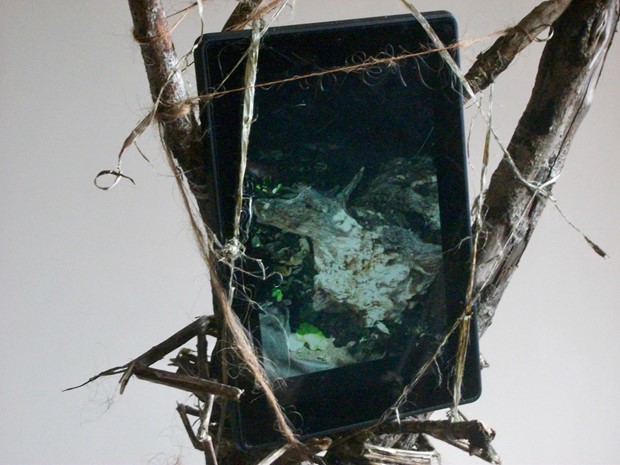 A tablet computer is entangled within a hawthorn branch, twisted human hair and nettle fibres. The tablet shows a series of three still images of trees taken with a mobile phone. With a shift of bodily position and optical focus, the surface of the tablet becomes a mirror. The 'reptilian brain' in humans is constantly alert for threats, which is why we see a snake in a coil of rope or an animal in a tree stump. This piece seeks to draw attention the unsettling fact that despite the sophistication of our technology, modern humans are equally as susceptible to this phenomenon as our ancient ancestors. The work involved a lengthy process of extracting nettle fibres from the plants to twist into cords to hold the tablet in place, along with twisted human hair.