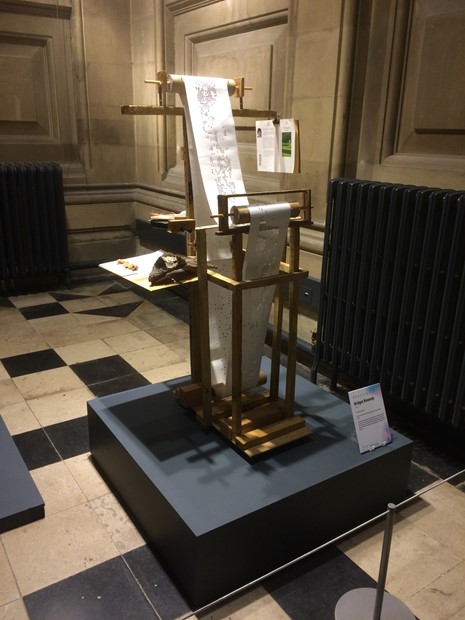 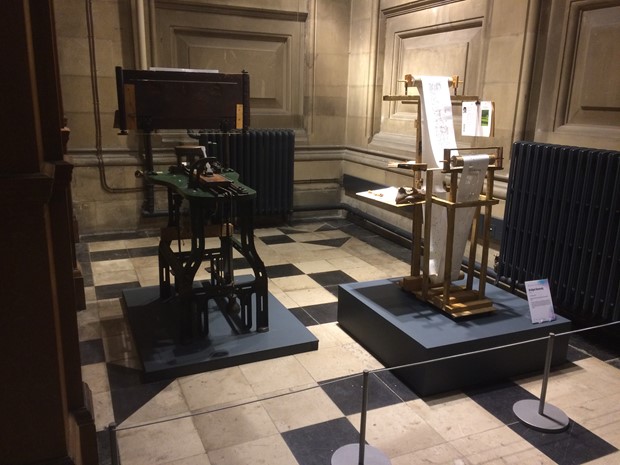 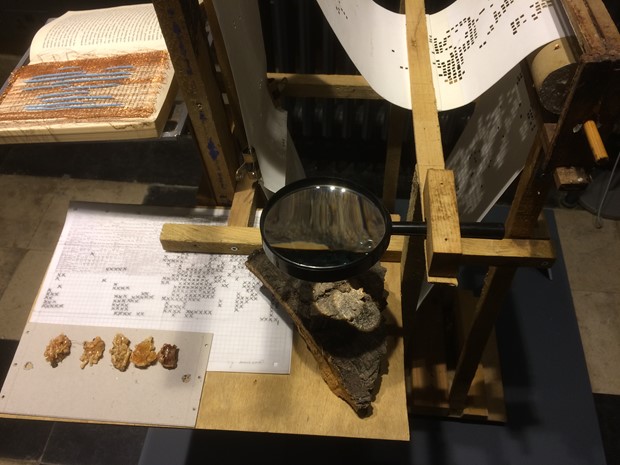 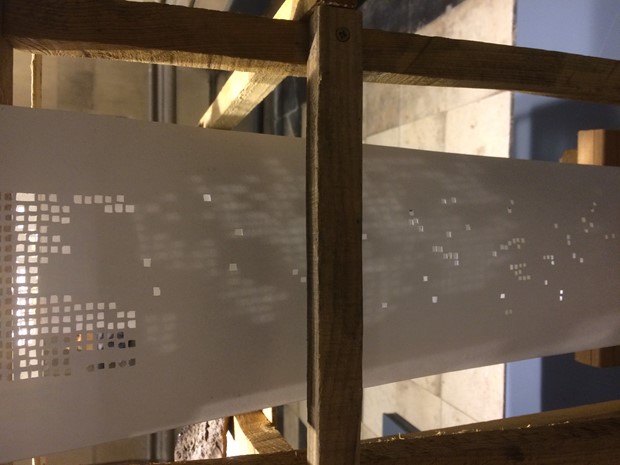 I chose the Jacquard loom at the Bowes as my object to respond to during the #Untitled10 project because it brings together many interests that already exist in my practice. For the past three years I have been exploring weaving as a process that creates a visual record of time and can incorporate different elements (animal, mineral, vegetable) into one surface texture. The punch card system the Jacquard loom uses relates well to my long standing interest in the translation of information through different systems. When Ada Lovelace was working with Charles Babbage on the Analytical Engine she notes its relationship to the Jacquard system and it is she who sees its potential as a computer rather than just a calculator. In his play In Arcadia Tom Stoppard bases a key character, Thomisina, on Ada. Lovelace is a significant female figure in the history of science and doing some of her most important work during Josephine Bowes’ lifetime, whilst I was making this work I kept thinking I wonder if Josephine knew of her and what would they talk about if they met?

I felt I wanted to make a link between the outside and the inside of the museum and the felling of the Monkey Puzzle tree that John Bowes planted in 1871 provided me with this opportunity. Using digital photography software I sampled the colours of a small section of Monkey Puzzle bark and made a series of coded drawings. I then used these drawings to create a paper cut that references the punch card system used to create a woven design on the Jacquard loom.