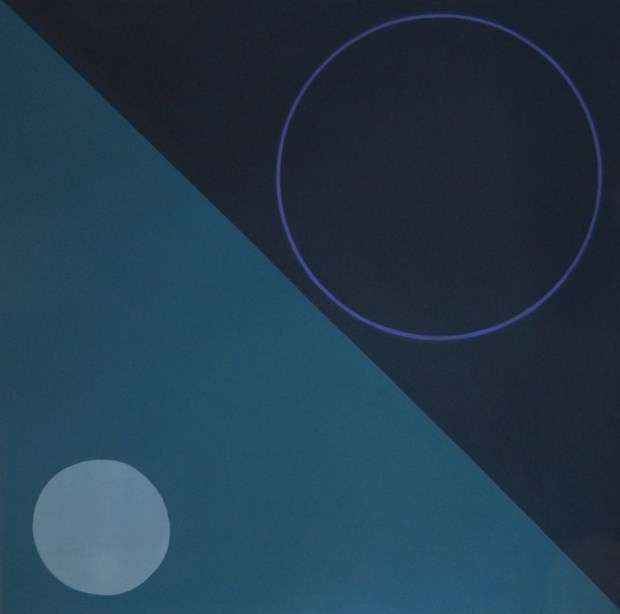 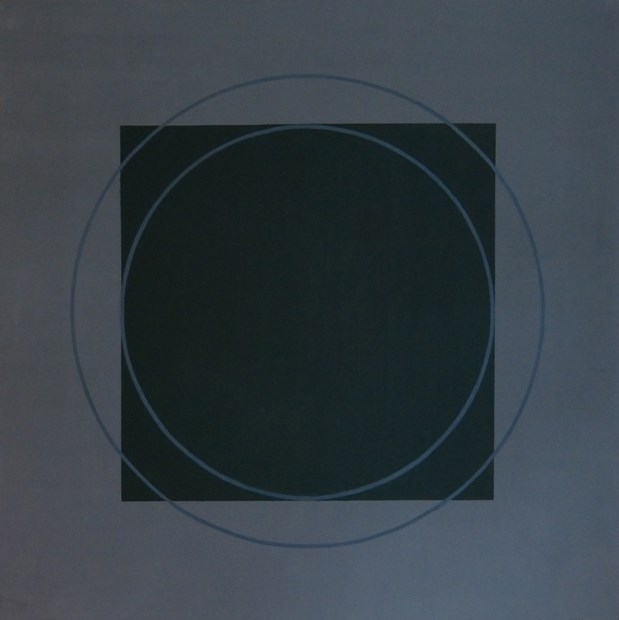 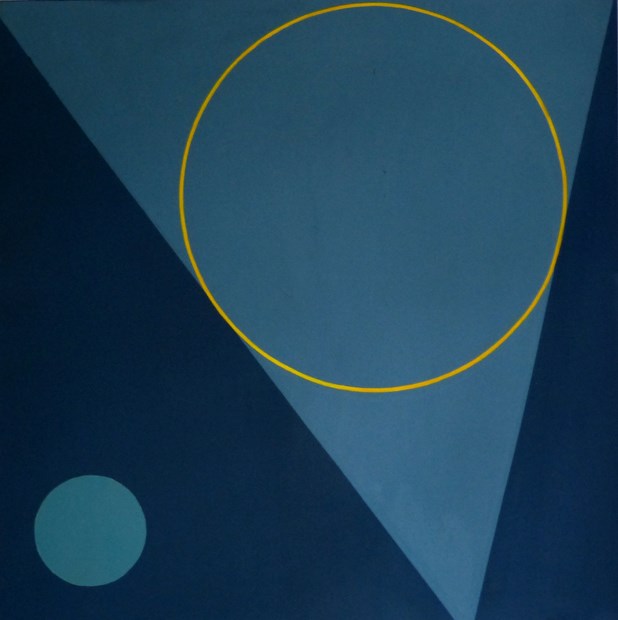 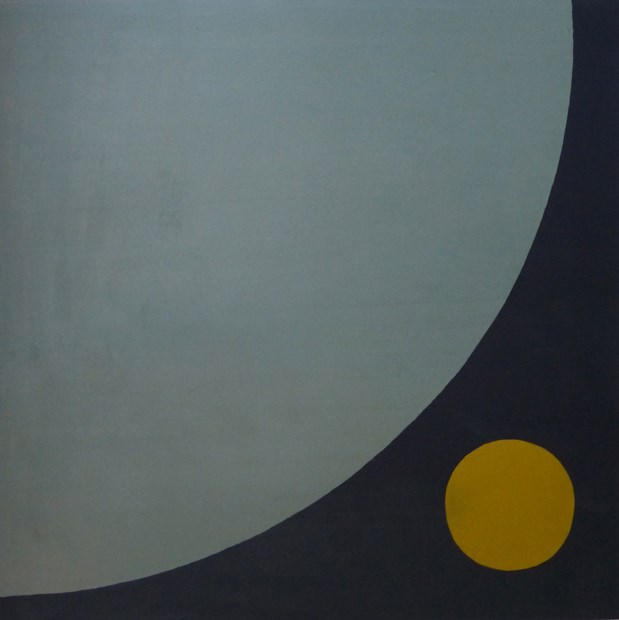 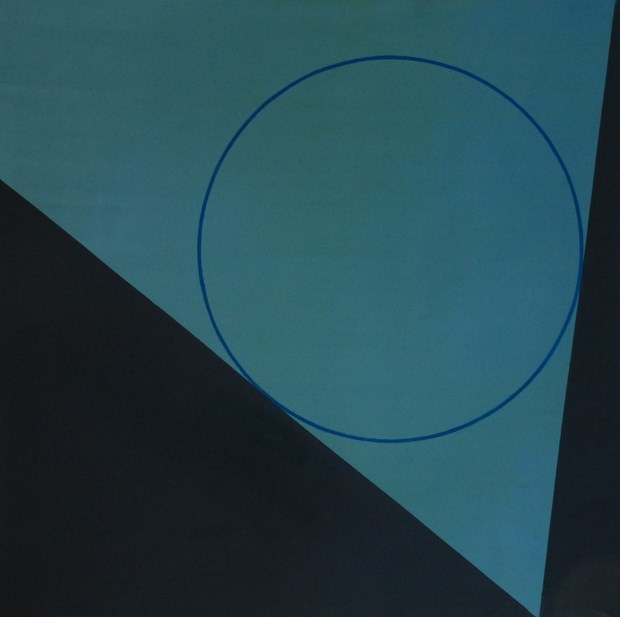 The discarded card I collect from local outlets, then cut, tear and paint the various pieces.  Sometimes I will attempt to remove this fresh oil paint to reveal parts of the text on the card, or I will score and scratch the surface or sand it down to reveal the corrugations beneath.   They may remain abstract or sometimes I may collage into the work a printed image such as a Graeco-Roman statue.  I am interested in astronomy and may depict suns, moons and constellations or simple geometric shapes such as circles, squares or triangles.   I am also interested in leaving traces of human kind such as a hand or a foot print or, occasionally, a common or garden domestic object such as a spoon.

I have further pursued this interest in the use of discarded materials by using old and broken roof slates that have, over the years, been eroded and marked by exposure to the elements as well as by man-made pollutants in the atmosphere.  I wash the roof slates clean from years of soot and grime and scratch into the surface with a sharp point, making lines or simple geometric shapes such as circles, squares or triangles; or suns, moons or constellations; or a common or garden domestic object, a spoon, a jar; or a human hand or foot print. Sometimes, they remain abstract.

Likewise with my recent oil paint on canvas work, some are large abstracts using geometric shapes of circles, triangles and squares.  In others, I paint realistic images of Graeco-Roman statues; domestic objects such as spoons or fragments of pottery; suns, moons or constellations; or a human hand or foot print.