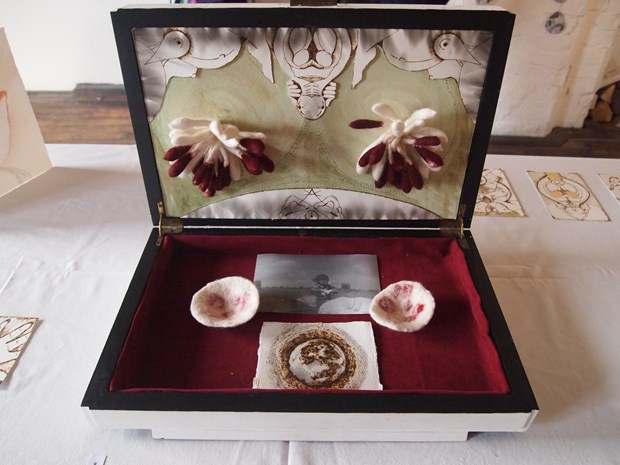 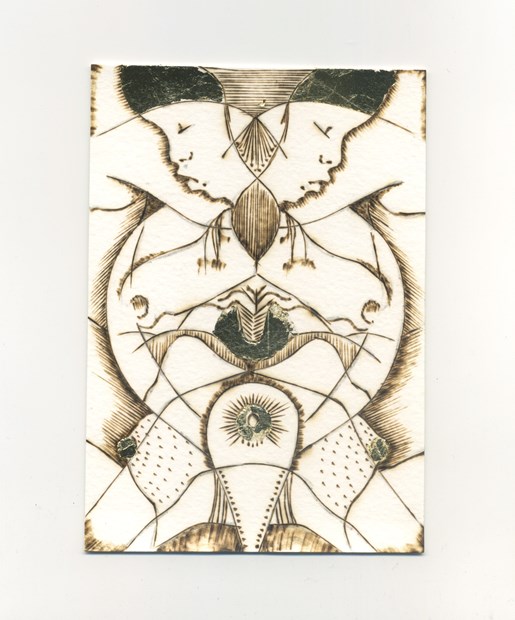 The ritual involved in making works of art and in particular, my own process, fascinates me. I’m also interested in the wider fields of religious symbolism and spiritual practice. I am continually drawn to themes in nature and ancient arts and materials.

Since becoming a mother, my work has incorporated personal histories. Narratives have evolved combining my own experience of pregnancy and birth with rituals from different eras and cultures.

While my work involves multiple forms and techniques, it is rooted in the traditions of painting and drawing. These works include processes in painting, silverpoint and felt and traditional gesso.  Burnt paper, gold leaf and human hair are used to make images that are responses to my need to make spiritual icons representing my physical and spiritual journey. The use of hands-on, time-intensive processes seems particularly appropriate for this subject matter.