The act of painting as an intuitive, sensory and tactile intelligence, underlies my output. 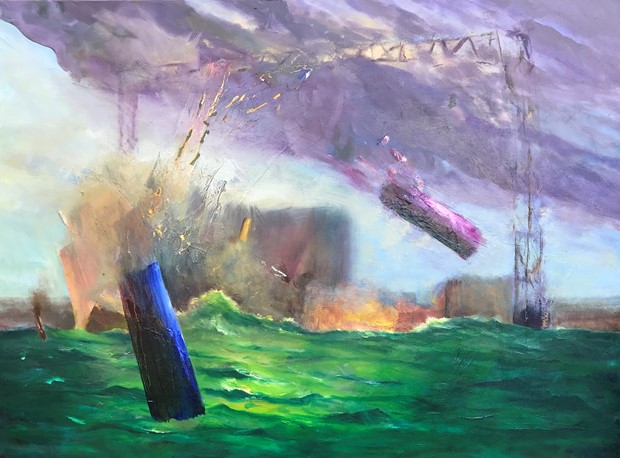 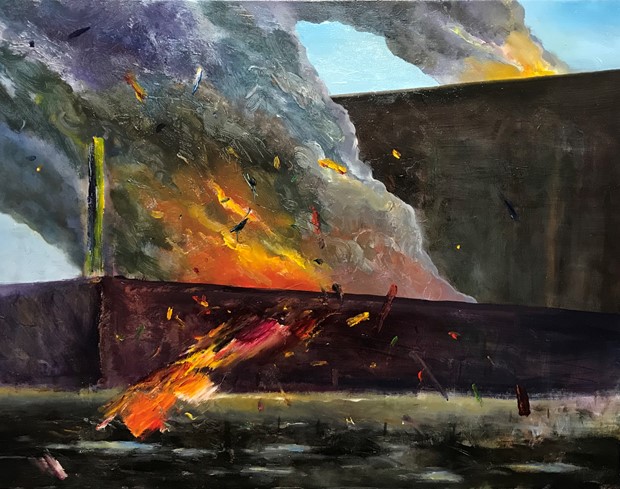 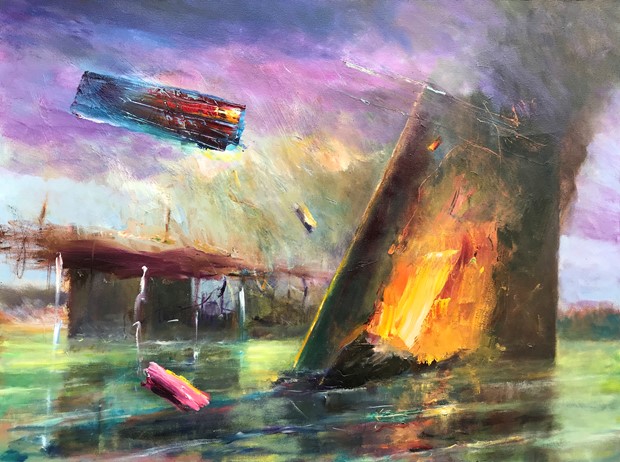 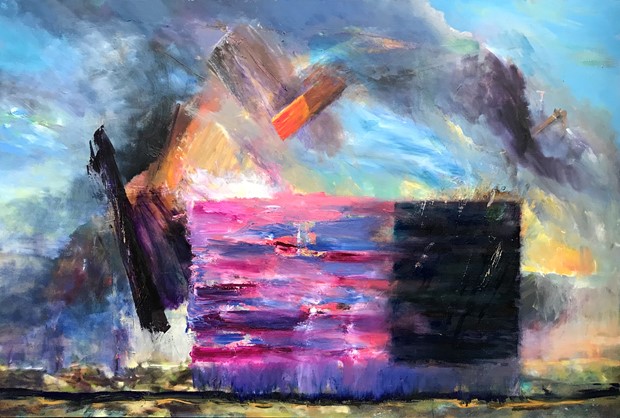 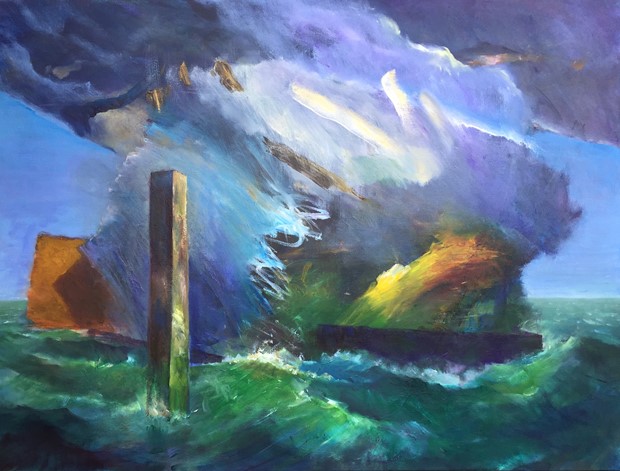 The act of painting as an intuitive, sensory and tactile intelligence, underlies my output.

The paintings shown are selected from an ongoing series that reflect on the paradox of radical change. On the one hand the inevitable destruction and on the other, the transformative energy.

Each image alludes to a sea or landscape where an unspecified place and human made structure is undergoing an ending. This disturbing event is at the same time the site of colour, light and the exuberance of the painted surface. The tension resulting and its resolution as an imaginary, is what attracts and informs each painting. It is a focus that explores the play between traditional concepts of dystopia and the sublime. Yet at the same time each visual enactment exists as a contemporary reflection on a violent world and its contrasting emancipatory energies.