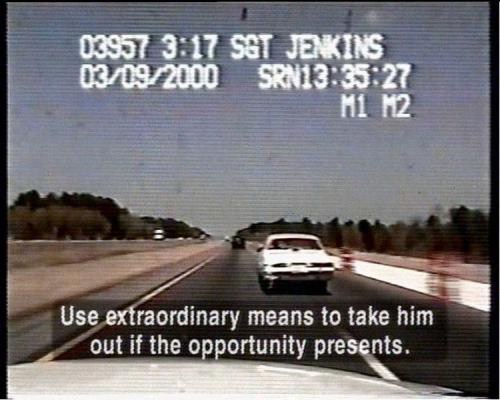 By taking footage from trash tv, such as the American reality programme Worlds Wildest Police Chases which shows real-life situations through police security cameras, the work is an overload of imagery, text and audio resulting in the viewer being unsure what to watch/read or listen to. Simple animation, or doodle are used to disrupt the footage through interacting with cars, humans or other objects in the films. The footage is one second slowed down and then extended to give the impression the animation can only be seen between frames like a subliminal message or as if another world or reality is trying to break into our world (or the world of media) and gain information.