Under The Stern Eyes (Solo Singer) 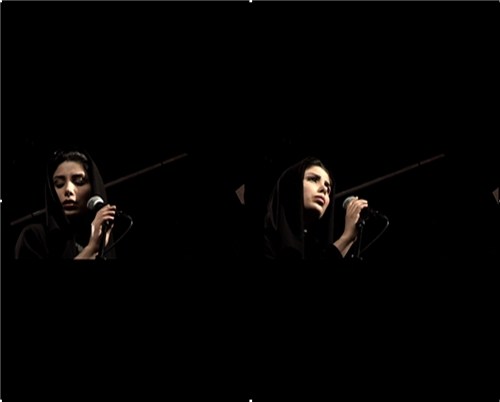 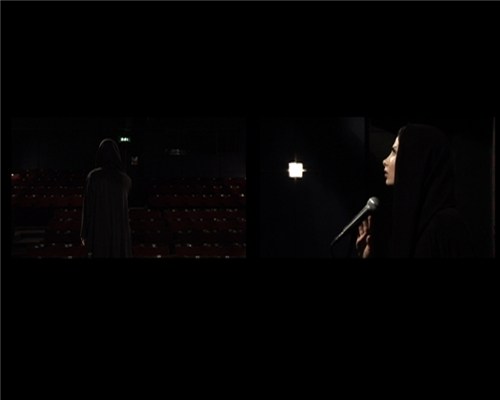 For thirty years in Iran, the authorities have almost forbidden certain performances, namely dancing and solo singing for women, along with the prohibition of some western style of singing and dancing for both genders. The issue of prohibiting a sexual gender from certain activities for thirty years and the forced silence of women were the reasons for making this work. The video is based on the direct reaction to the above issue. This work portrays the imaginary presence of an Iranian solo singer in Islamic dress in a concert hall. The video tries to portray the existence of paradoxical emotions in this moment - feelings such as anxiety, enthusiasm, fear and pleasure.