Under The Stern Eyes (Identity) 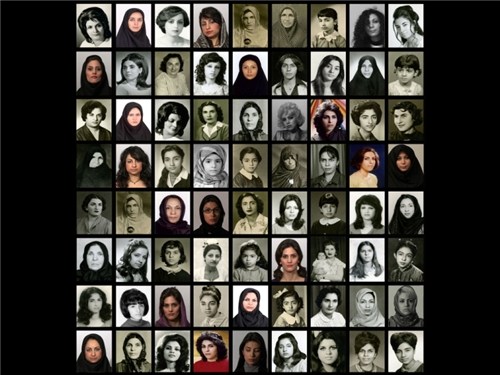 This work contains the verity of appearances of Iranian women, also tries to show the changes in the portrayal of women within one century, by presenting images of women from different eras. In this work a camera has been used with respect to its classic use where it is considered purely as recording equipment. This work also aims to play with the pleasure received by the viewer from looking at another person as a passive object. This voyeuristic joy could be in first place for confronting with the passive, as these let the viewer's gaze grow stronger and faster. However the unpredictable motion of one part of the image tries to break the passiveness of the other images. Therefore, this challenges the gaze of the spectator, however at the same time increases the 'voyeuristic activity' by giving life to other passive objects.