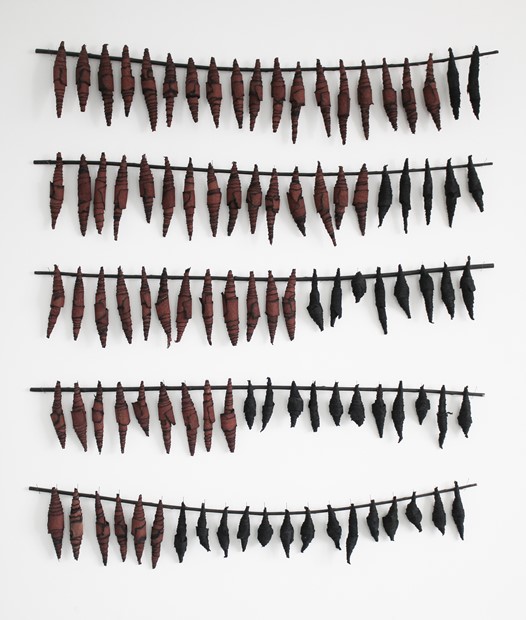 Informed by the effects of human activity on nature, the piece aims to raise awareness that not just mammals and birds are endangered.

Recent research reveals a massive decline in insect populations, with 40% of insect species worldwide in danger of extinction within the next few decades. Although small, insects are vital to the health of the planet. Pollinators such as butterflies and moths are amongst those most affected.

Using materials and processes as metaphors, the chrysalises have been formed from Ugandan bark cloth, the production of which is also endangered due to deforestation.