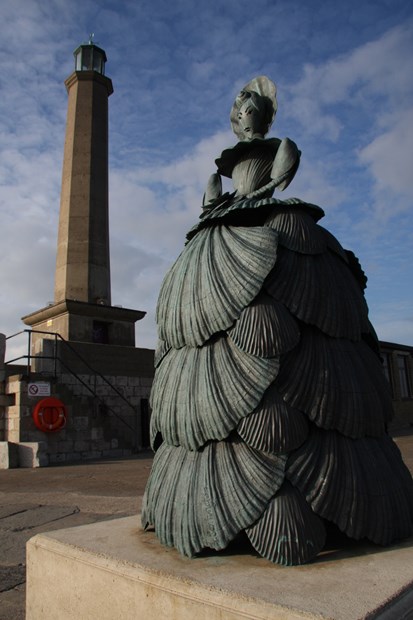 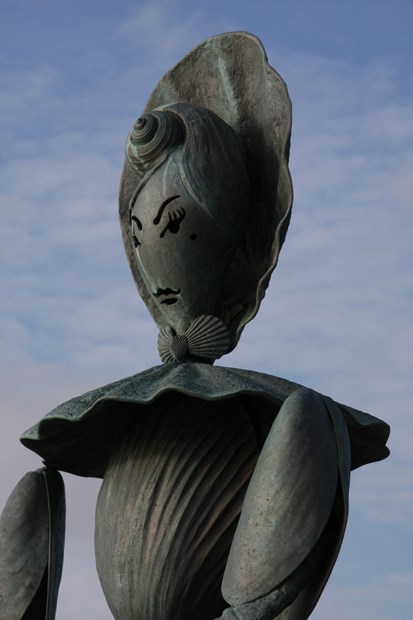 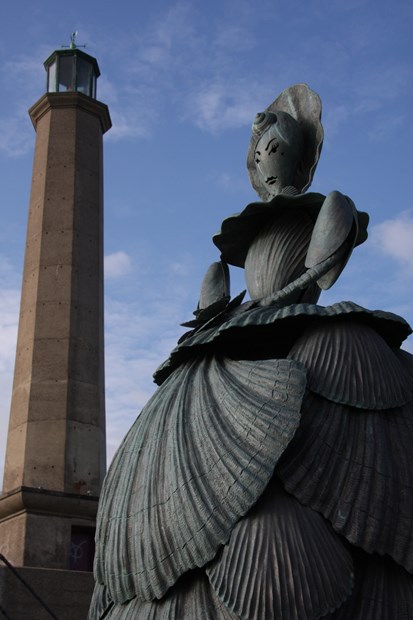 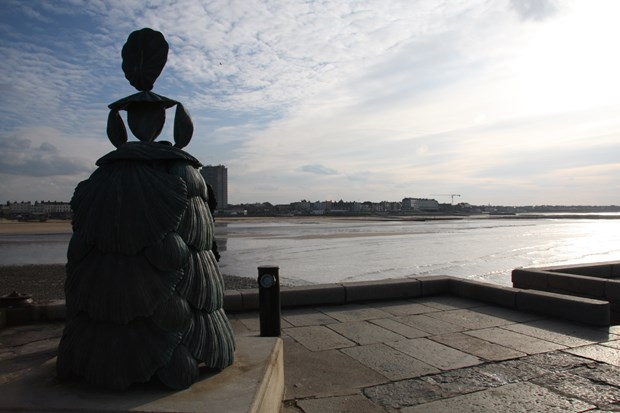 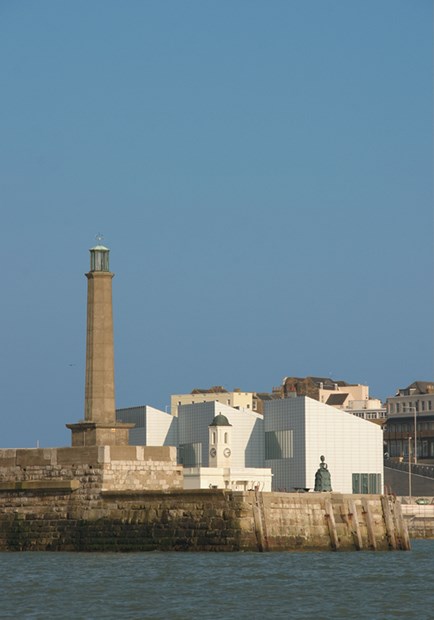 At the beginning of September '09, after winning a national competition, I was commissioned to make a bronze shell lady 12 feet high and cast in bronze to be sited at the end of The Harbour Arm in Margate's Old Town. The sculpture is a scaled up version of the tiny shell lady ornaments which are sold in the sea front souvenir shops on Margate sea front. What I like about this sculpture is its unlikely size and setting as the shell lady is granted all the civic respect of a local hero.
The bronze is entitled 'Mrs Booth' after the seaside landlady whose house had spectacular views over Margate harbour. Twice widowed, Mrs Booth's first husband had drowned at sea and when Turner came to Margate to paint, it was with Mrs Booth he chose to stay. They began a love affair in 1833 and lived as Mr and Mrs Booth, with Mrs Booth supporting Turner financially until Turner's death.
The site of Mrs Booth's former lodgings is now occupied by Margate's new Turner Contemporary Gallery designed by David Chipperfield Associates. Turner remarked that 'the skies over Thanet are the loveliest in all Europe', often returning to Margate to capture their shifting light in lucid paint. The opportunity for the gallery is to recreate that experience for visitors through contemporary art and the Turners that will be exhibited there.
Mrs Booth stands silhouetted against Chipperfield's stark white building like a Victorian paper cut out. She is looking out to the sea and sky beloved of Turner.