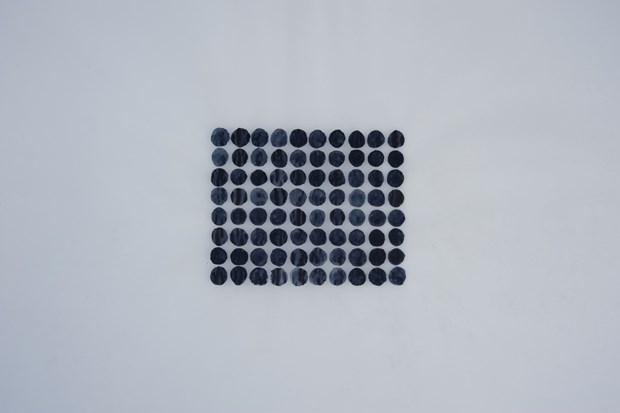 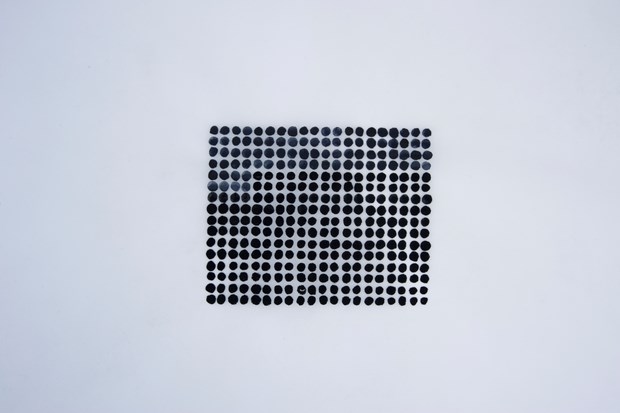 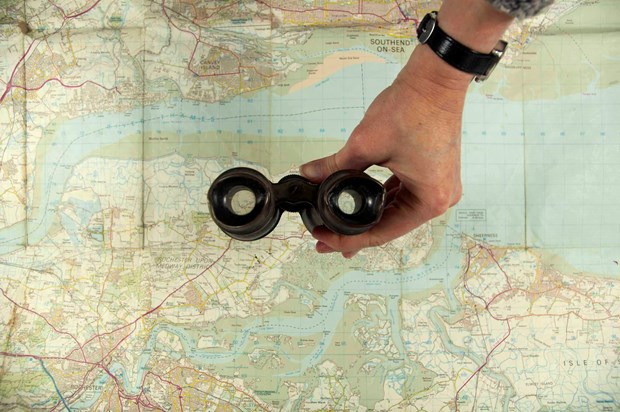 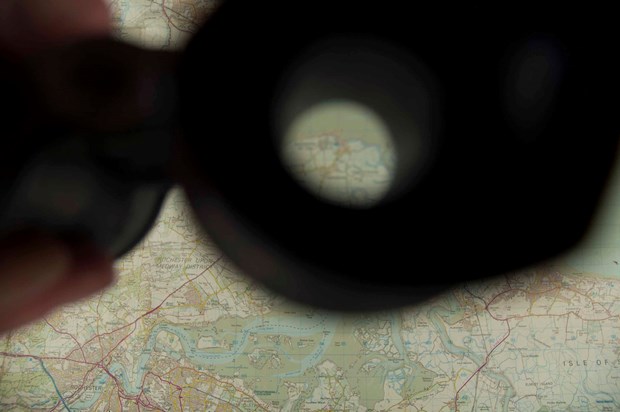 In her book, Contours of Death and Disease in Early Modern England, Mary Dobson identifies that marsh parishes such as those found in the Hoo Peninsula were “the most notorious black spots during the early modern period”. Of particular significance to the Peninsula is the prevalence of malaria. Through a body of work, I explored the notion of the peninsula as a black spot. As I began to lay out like a cartographer, a grid to arrange black gouache circular marks on the vellum, I reflected upon the slippage between a disease ridden place in the 18th century and how black spots had visually appeared on the landscape in the 1900s through the introduction of an oil depot for the Admiralty.