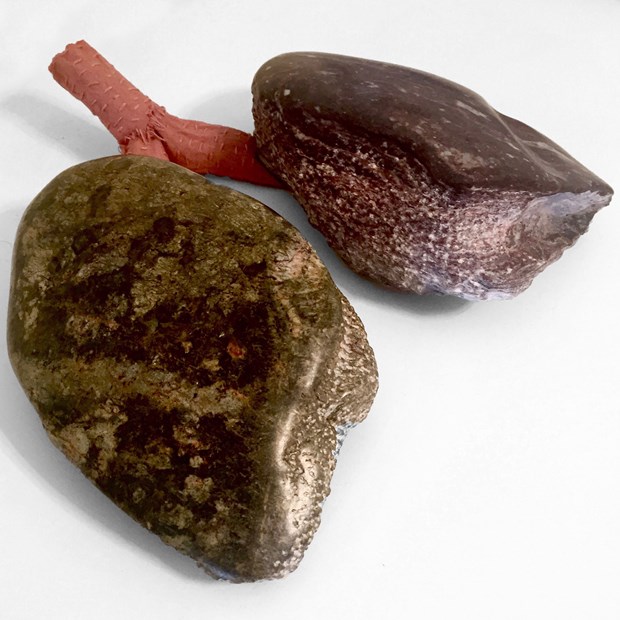 This new work, which premiered at “Menagerie of Microbes” for the Edinburgh International Science Festival, focusses on the global health crisis of tuberculosis. Made with carved Zimbabwean lemon opal stone and fruit stone, embroidered calico dyed with madder root (used as an ancient treatment for TB), and impregnated with TB DNA. Tuberculosis currently infects around one third of the world’s population, mainly in low to middle income countries and Westerners often perceive it as a disease of history. However increasing drug resistance may mean that the disease could have an equally big impact on countries where it is percieved to have been almost eradicated. The artist carved the work whilst in conversation with a Zimbawean artist about the powerful impact of the disease on his country and his family.