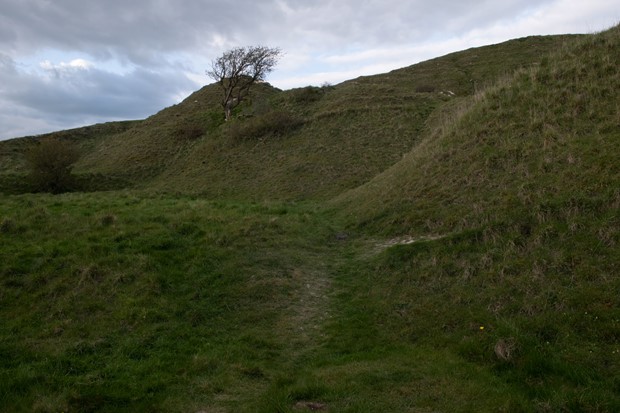 I don't think that including a location associated with UFO sightings is stretching the Folklore narrative too far. Is it? In 1965 The Warminster Thing became big news and put the town on the map because of its proximity to Cley Hill, a chalk outcrop to the west of the town. The hill has older tales attached to it, including a story of the Devil dropping what was intended to bury nearby Devizes. I suspect the Devil will crop up in other locations and UFOs not quite as much.