Concepts Andrew Carnie's slide-dissolve installations tell stories that reflect upon our understanding of the workings of the human body. In a darkened space layered images appear and disappear on suspended screens, the developing display absorbing the viewer into an expanded sense of space and time through the slowly unfolding narratives that evolve before them. Slices & Snapshots is a collection 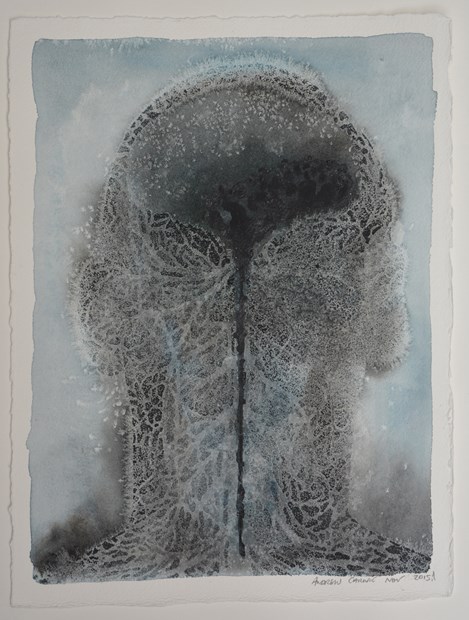 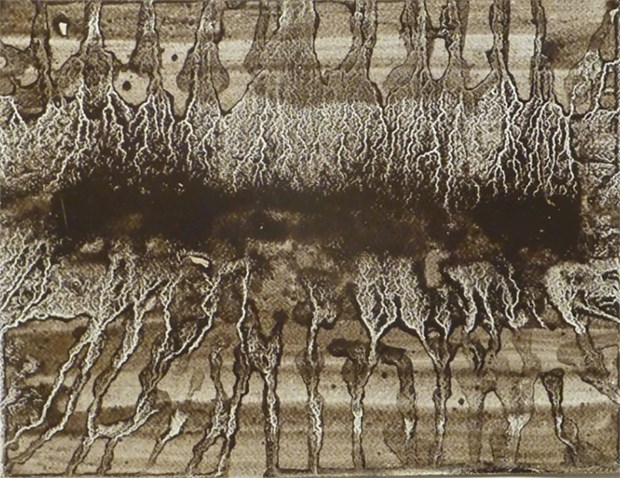 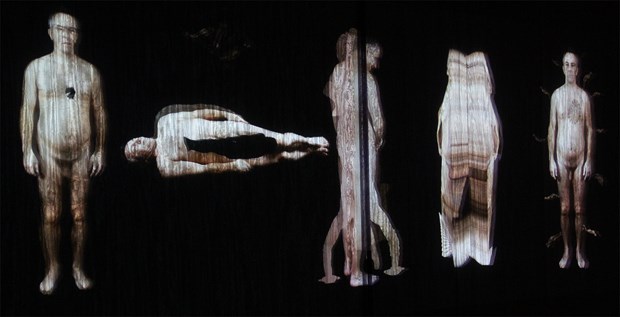 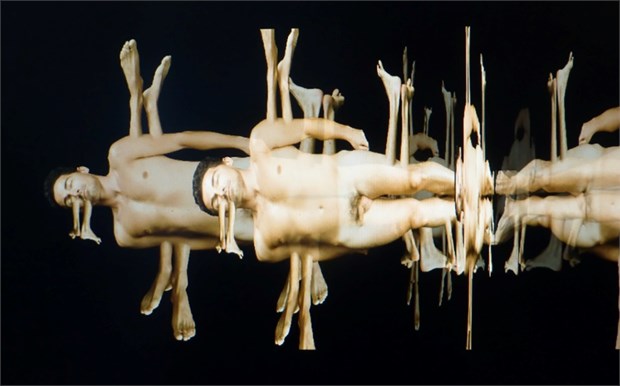 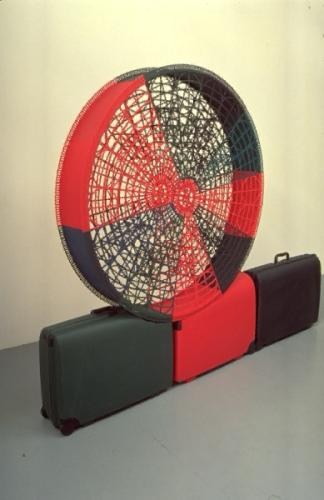 Concepts Andrew Carnie's slide-dissolve installations tell stories that reflect upon our understanding of the workings of the human body. In a darkened space layered images appear and disappear on suspended screens, the developing display absorbing the viewer into an expanded sense of space and time through the slowly unfolding narratives that evolve before them. Slices & Snapshots is a collection of slide-dissolve works, the core elements of which are pairs of projectors set at opposite ends of a space, each casting sequences of images onto the layers of semi-translucent screens suspended between them. Narratives are created over time through images that surface onto the screens and then dissolve into slides projected from the other side. The sequential nature of Carnie's work is rooted in his joint fascination with the historically pioneering work of photographer Eadweard Muybridge and in contemporary chronophotography - the use of photographic sequencing in modern scientific analysis. Contemporary science uses chronophotography to develop an understanding of the different biological functions of the body. Photographs, for example, are taken over time using fluorescent proteins, then combined into sequences, creating quick-time movies that act as tools for viewing the developing human form: the cells of the brain moving into their working position or muscle cells viewed swimming to prescribed destinations. An understanding of the controls that influence these movements is reached by altering chemical concentrations and observing the diverse results. 'Modern scientific imaging is effecting how we perceive ourselves and developing new notions of self through techniques like MRI and CT scanning, X-rays and Ultrasound. Taking these scientific techniques as a source, I attempt to provide a wider resonance, my work existing in the mediating world of the mind - somewhere between raw scientific data and our condition as human beings.' - Andrew Carnie 2004 2004 marks the centenary of the death of Eadweard Muybridge. Through his investigations into physical movement, Muybridge is considered one of the earliest scientific photographers as well as a pioneer of modern cinema. With this exhibition Carnie pays homage to the photographer, his life, his times and the compelling imagery he created. Influences I have been inspired by many fellow travellers in the arts over the years. Some artists' work I have simply admired, others have actually affected how I approach my own work, like Joel Shapiro and Richard Wentworth - both of them have confirmed the idea for me that you could do a lot with very little, and the work they produce contains, at points, a sense of humour. I like Joan Miro's early work the Farm. I always liked film and particularly Francois Truffaut's Fahrenheit 451. Other influences include Francis Bacon, Picasso, Giotto and Gaudi. Biological specimens and the natural world, and a myriad of man-made things and objects have all inspired me. Career path I left university at the age of 20 where I had been studying zoology and psychology, to become a painter. I visited many galleries as a child, mainly showing more classical paintings and I was introduced to film. A significant event was being taken to Louisiana Gallery of Modern Art outside Copenhagen as a twelve year old. This gave me the first astonishing view of contemporary art and I was smitten. When I left university I had no real idea how to progress, but over the course of a year I made enough work to make an application to Goldsmiths College, London. I made leaps and bounds in my work and had a studio in Kennington. At the end of this period I was accepted by the painting school at the Royal College of Art. After my training I have always worked primarily to support my practise and made work usually three days a week. I currently teach at Winchester School of Art and I do other art based projects when they arise to make extra money. In the future I would like to develop a relationship with a gallery.

As Different as Chalk and Cheese Chalk: 10 days Biannual, The Winchester Gallery, Winchester

Splice: At the Intersection of Art and Medicine, University of Uberlandia, Uberlandia, Brazil.

How the Light Gets In, Summerhall Gallery, Edinburgh

Festival Key of Life: the Body & the Brain, Leiden, Holland

Chocs Away, the Yard, Winchester, [May]

Joining In, the Centre, Slough.

Clutch, Work Made for Feeringbury V, Feering, Colchester, Essex, [May]

SSHRC Award Canada, for a GOLA The Beat Goes On 2015

SSHRC Award Canada, for a PITH Change of Heart, 2011

Norwegian Council for Mental Health (Rådet for Psykisk Helse) Award, for the production of Dark Garden, 2011

Calouste Gulbenkian Award, for In Out, 2008

Arts Council Individual Award, for We Are Where We Are, 2005.

AHRB Award, for Scientific Collaboration for Head On, for Magic Forest, 2001.

Books With Articles In:-

The Good, the True, and the Ugly. A 30 min. documentary on the cultural aspects of scientific images and their production. Anwar Saab. Copyright © 2012 1001 Films