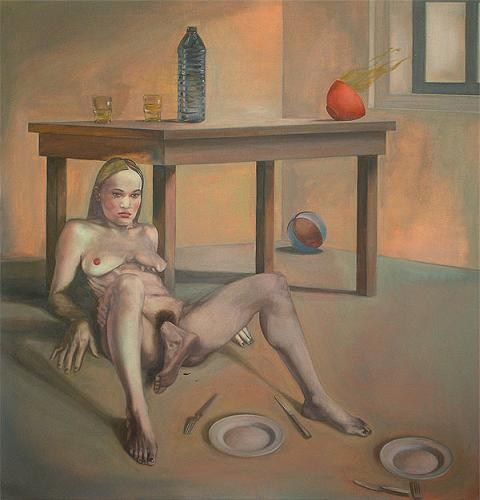 What does a man see in a woman?
The embrace of a mother?
The confidentiality of a sister? The sensuality of a lover?
Here is the convergence of these three archetypal female figures. The game played by two siblings brother and sister, symbolised by a ball, unfolds into the sexual intercourse of two lovers, the violent penetration of which reaches its climax with the drama of a birth in reverse.
Or perhaps is there a fourth female type that the man, to his misfortune, has not taken into account that of the praying mantis?