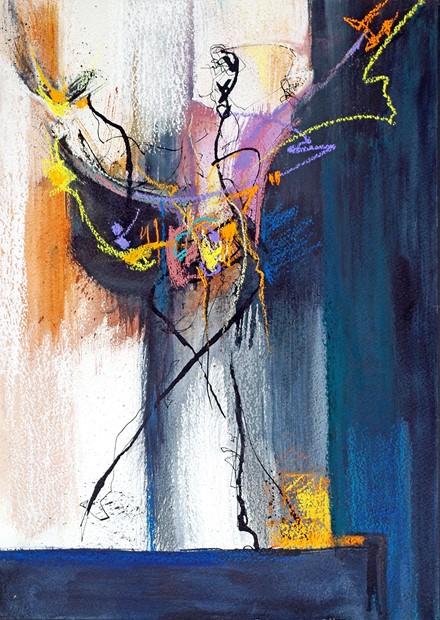 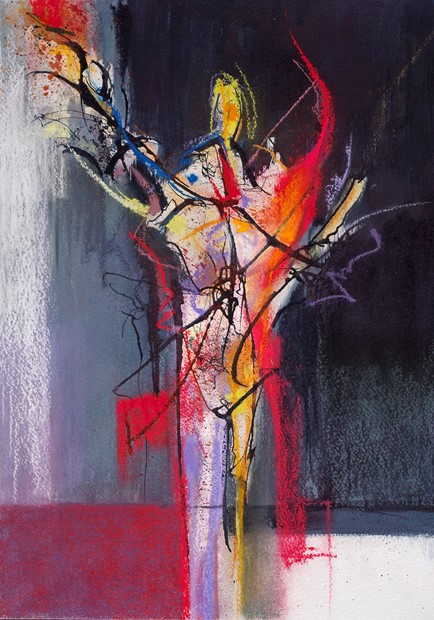 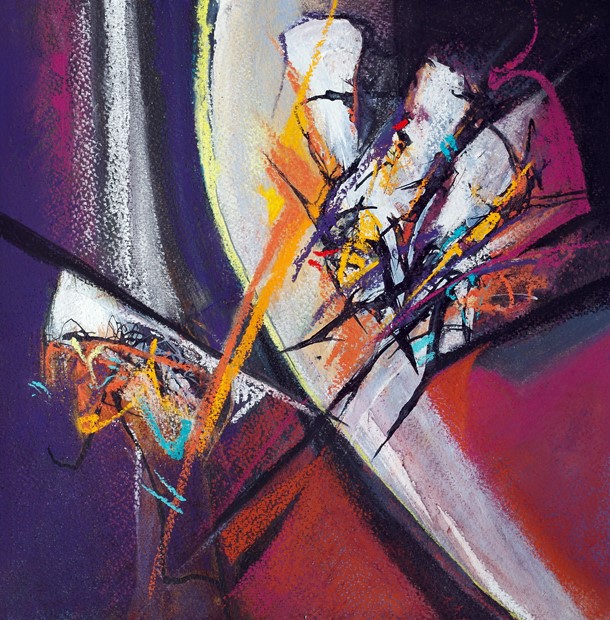 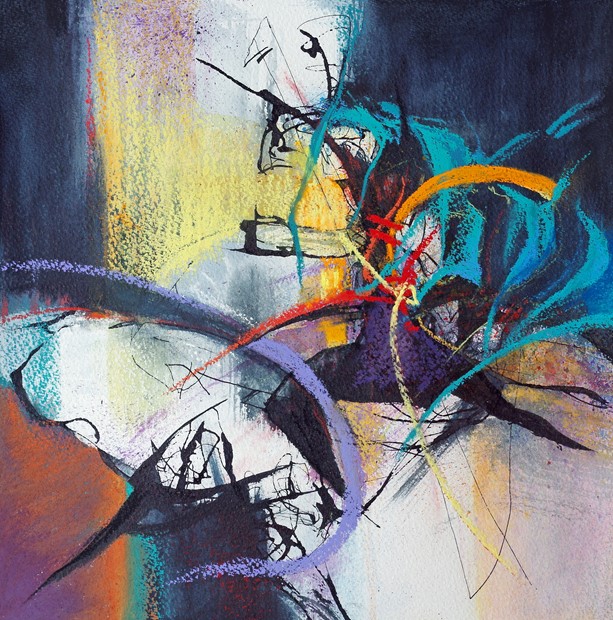 My current work references explorations of gestural mark-making in Oriental calligraphy and the rhythmic breath in Tai Ji Qu’an and Qigong. My drawing describes a flow of energy, its undertow repeatedly drawing me back to the present moment.

Working intuitively and expressively with mark making and colour, I work holistically employing the eye-heart-hand reflex, seeking to grasp and express the essence of my subject and my gut reactions rather than detailed knowledge. My study and practice of mindful contemplation helps me to disregard any goal and to be in the moment, staying alive to the flow of the brush strokes, allowing intuition to lead the way.

This body of work, with its revisited themes, references the inner and outer landscapes of fundamental natural phenomena, in particular forms drawn from the coastal and moorland regions of Wales - both desolate and inhospitable terrains etched with the challenges and choices of a lifetime of tracks, courses and pathways; solitude; and the concept of the journey in all its many forms.

Further series of works spring from my investigations into natural vibrations - by this I mean influences of sound, resonances, and cycles. Abstracted mark making has its inception in such paths which are a metaphor for the nature of the environment within which the 'best' path may lie.

The awareness that the Universe embodies the antiphonal state references an interest in Eastern philosophies, with trans-cultural influences arising through embracing reflective research ranging from a spiritual awareness to calligraphic mark making and an ongoing study and practice of Tai Ji Qu'an and Qigong.                                                        Recent research and development into resonances has led my developing path towards an experimental form of language that seeks to express my visceral responses, self informing and incubating my practice. I begin by making a set of decisions to provide a framework for the journey. I find the ever present challenges from confronting uncertainty and the unexpected keeps my work fresh and alive until the last mark has found its place.

Born in London in 1954, Andie studied Graphic Design at The London College of Printing 1971 – 1975. She worked as a designer and illustrator with various magazine and book publishers, together with freelance work 1975 – 1983.

In 1983 the decision to leave London for a better quality of life in Wales was taken which provided the catalyst for Andie to commit fully to developing her painting career. She also became a student of Tai Ji Quan, Qi Gong and Chinese Health Arts, an ongoing study that informs both her work and her lifestyle on a daily basis.

Andie has many years experience of teaching in Adult Community Education including Outreach tutor for Aberystwyth University. Since 2004 Andie has developed an individual approach to her workshops entitled Going with The Flow’ where students are introduced to ways of combining Tai Ji Quan and Chinese Health Arts with their own art practice.