Concepts
Amy Houghton's practice involves the use of animation, video and porcelain to explore the hidden and revealed histories and stories related to old objects in particular old textiles and photographs placed in the context of our lives in the present. She explores how we use and read antique textiles and photographs as stimuli for nostalgic longing, as indicators of our authenticity, as tools 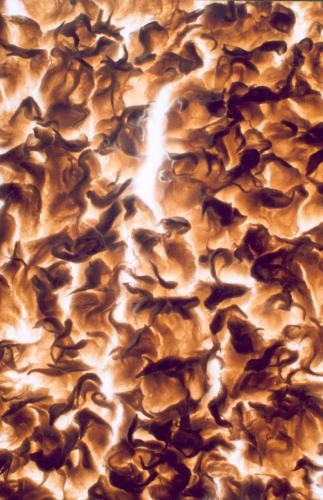 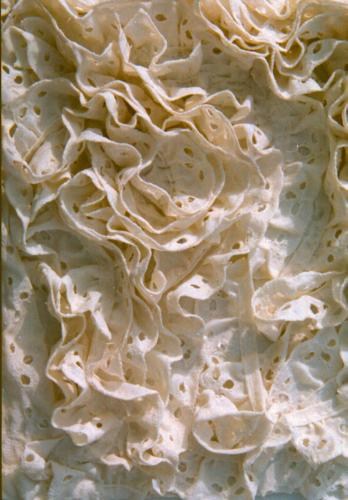 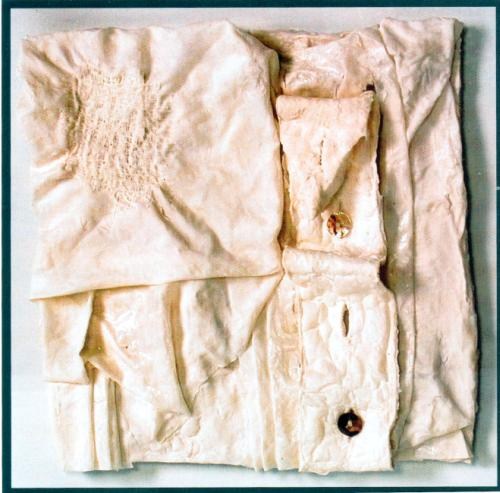 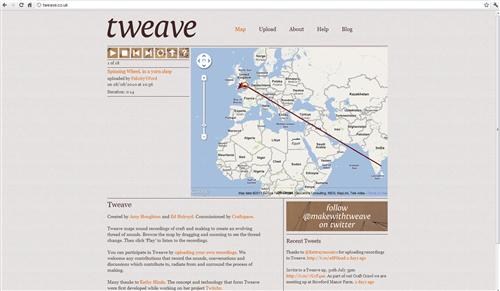 Concepts Amy Houghton's practice involves the use of animation, video and porcelain to explore the hidden and revealed histories and stories related to old objects in particular old textiles and photographs placed in the context of our lives in the present. She explores how we use and read antique textiles and photographs as stimuli for nostalgic longing, as indicators of our authenticity, as tools to search for origin and as a connection to reality all in the context of contemporary society. Amy's work involves pseudo forensic and archaeological processes to examine and reanimate, through stop frame animation, the textiles and photographs she collects. She animates the forensic process of unpicking garments and partial elements of photographs. She desires to access the photos' and textiles' stories and explore the seduction and impossibility of accessing the truth of the past through its attempted animation. These pieces are then presented on flat screens inserted into walls or back projected onto tables and light boxes. As well as trying to reanimate garments and photographs, another method of Amy's practice is to create 3D stills of textile objects by transforming textiles into porcelain. Here she freezes a moment in the life of fabric whereas in the video animations of photographs she reanimates part of an image that has already been captured at a specific point in time. Both of these expressions show us the presence of absence. Through this use of porcelain, antiques and video animation her practice is concerned with the shifting of tense and time. Amy's use of porcelain and video animation once-removes the audience from the objects and invites questioning about their meaning and the time in which they exist. The use of new media places the historic objects that she uses in her practice firmly in the present, and the porcelain works are a reminder of the fragility and impermanence of time and of the beauty of being in the moment, offering an opportunity to pause within the fast pace of contemporary culture. "The reason I am intrigued by and use antiques in my work is because of the nostalgia often associated wit them. It seems to me that the nostalgic use of antiques is linked to our desire to defy our modern idea of time and the fast pace at which things shift and change. Jean Baudrillard in The System of Objects describes our use of antiques in terms of nostalgic longing for another time. he says, 'They are a way of escaping from everyday life, and no escape is more radical than the escape from time, none so thorough going as escape into one's one childhood.' So far my research has led me to believe that these objects play a part in authenticating who we are. they create a physical connection to the past, and because they are outside our sphere of objects that have a 'use value', they offer a pause in the fast pace of contemporary life, as well a a connection to a different pace of time associated with a nostalgic past. Antiques can offer a connection to a feeling of reality in a culture of manipulated imagery." Amy Houghton. Influences Stories held in people and objects Archaeological and historical artefacts Ephemeral qualities Innovative approaches of the use of and combination of materials and techniques New technologies Crafts Light Textiles Career path Amy Houghton, who was brought up in Herefordshire and Devon, has lived in Bath since 2000. She went to college in Cardiff and then on to Loughborough University, where she studied a BA hons degree in Multi Media Textiles. More recently in 2005/2006 she studied for an MA in textiles at Goldsmith University of London. Amy originally set up her business with the support of a grant from Arts Council South West. She currently works from her studio in Bath as well as on site during residencies, creating works for exhibition and commission. She has exhibited widely, collecting several awards on the way. Alongside her art practice, she works in arts management and curation, and is involved in participatory arts for all ages. Education: 2006 MA in Textiles, Goldsmiths University of London 2002 BTEC Professional Diploma in Arts Practice and management, City of Bath College 1998-2000 First Class BA (Hons) degree in Multi Media Textiles, Loughborough University School of Art and Design 1996-1998 HND in Textiles and Surface Pattern Design (2 Distinctions, 2 Merits), University of Wales Institute Cardiff 1994-1996 Advanced GNVQ in Art and Design, specialism textiles (Distinction) North Devon College, Barnstaple Recent projects include: 2009 -2011: Artist residency at Plymouth College of Art 2010: Artist residency at Bath Spa University 2009-2011: Commissions for Taking Time - Craft and the Slow Revolution touring exhibition curated by Craftspace and Helen Carnac. Dec 2003 -ongoing: Artist in 5x5x5-creativity in the early years research project, Bath.