Mistress of the House

by Allison and Bray 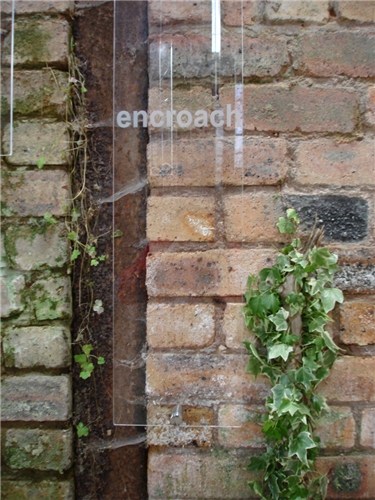 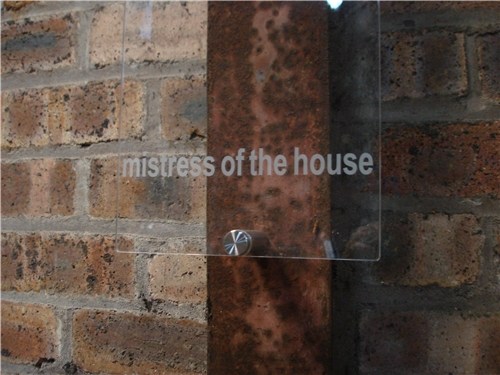 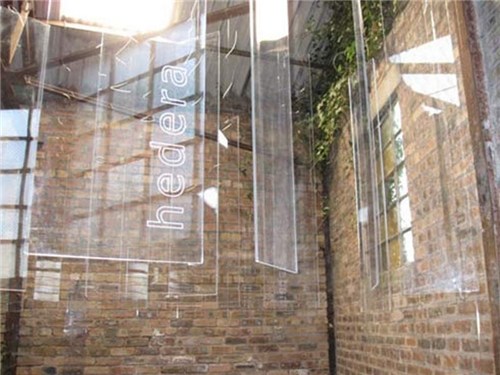 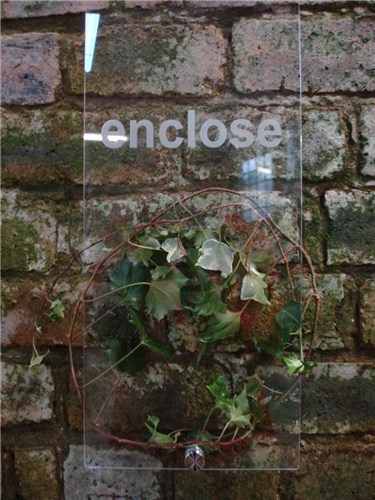 Hedera
Only the circular translation from the Latin for ivy has been found. It may be 'edera' based on 'era', 'mistress of the house' resulting from its place as the goddess of plant life.
There are many tales and much folklore surrounding ivy. Ivy leaves were thought to prevent intoxication, ivy was sacred to the Greek God Dionysus and followers wore ivy garlands and decorated their staffs with ivy when participating in wild revelries.
Ivy has also been associated with fidelity and fertility and is considered to be a good luck emblem. It is traditional for brides to carry ivy.
In an old warehouse in Cupar, Fife ivy is insinuating itself into the space, bringing the outside inside. The pressure against the window panes and the subtle incursion of the plant into the building is hypnotic and rather beautiful and this inspired our work entitled Mistress of the House.
Dozens of gently spinning, suspended acrylic panels, some engraved with the word Hedera, reflect the light from the windows and echo the shape of the panes. Their measured movement enlivens the space but also fractures it and breaks it up.