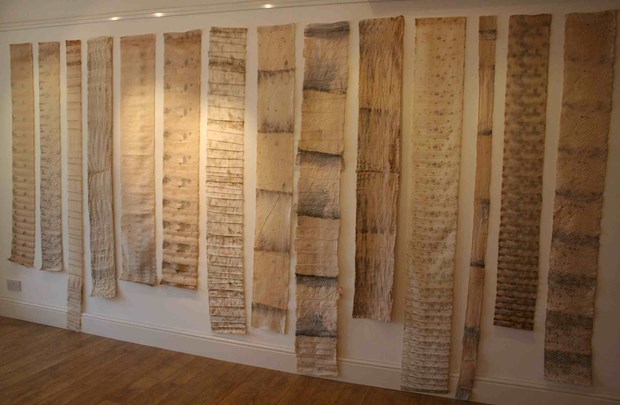 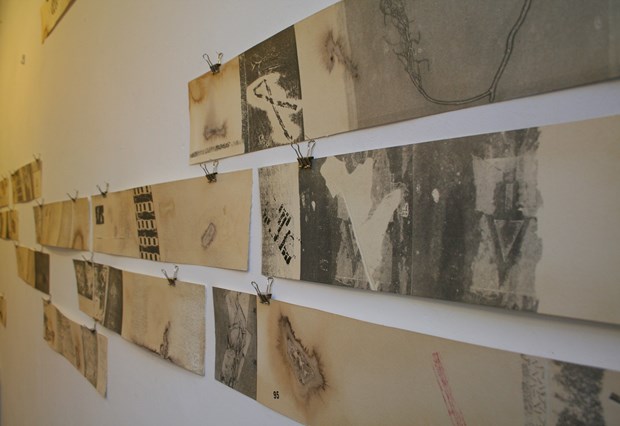 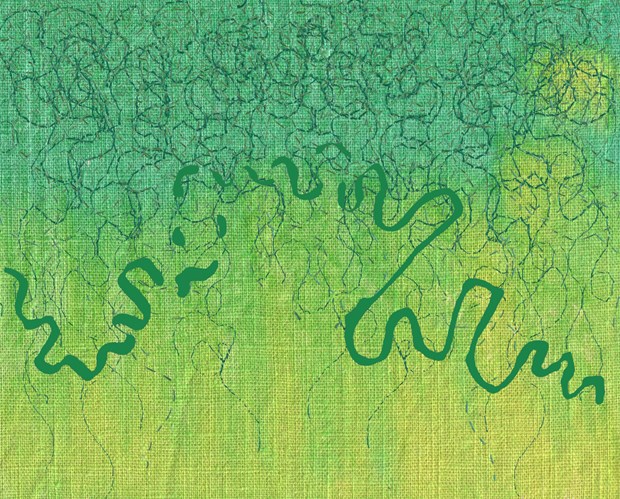 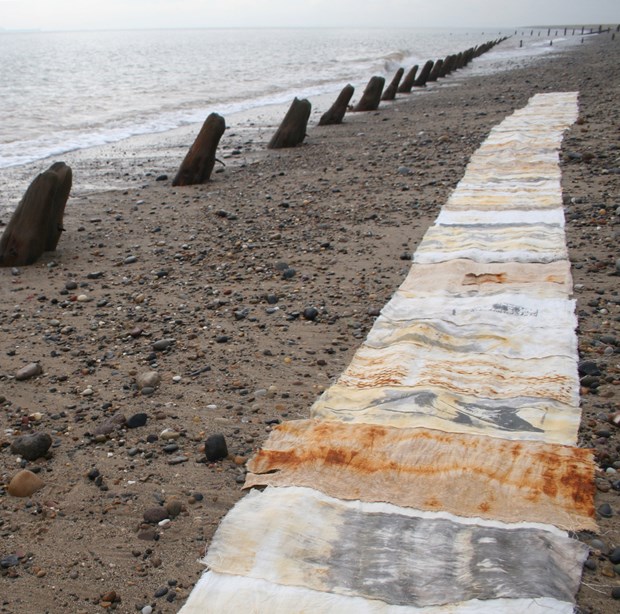 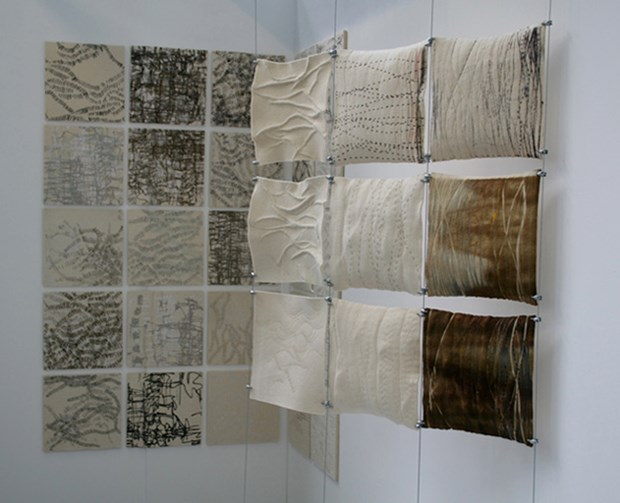 Alice’s acutely observed work combines the textural qualities of textile and printmaking processes, including rust prints, naturally sourced mark making, embossing and collagraph printmaking, hand stitch and weave. Found objects are often employed in her mark making or construction process. Alice builds up layers of print, stitch and weave to make contemplative and subtle artworks that embody ‘place’ rather than represent it directly. She uses natural dye techniques for printing and mark making in an attempt to make work with low environmental impact. The challenge of using what is available at a particular location forms an important aspect for Alice and collected items during walks often form the starting point of new work. Exploring material, including found objects, through making are a key part of Alice’s practice. Much of Alice’s work is currently based on coastal themes and she was artist in residence at Spurn Point National Nature Reserve during 2012. Alice is a member of the Society of Designer Craftsmen and Textile Study Group. She was awarded the Quilters’ Guild Graduate Showcase bursary in 2011, having graduated in that same year with a first class BA (hons) in Contemporary Surface Design and Textiles from Bradford School of Art. Alice has self-published books that document her solo projects and is the author of Natural Processes in Textile Art, published by Batsford.

University of Newcastle upon Tyne