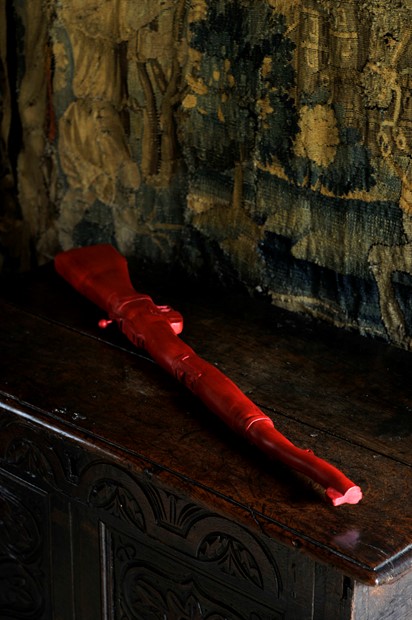 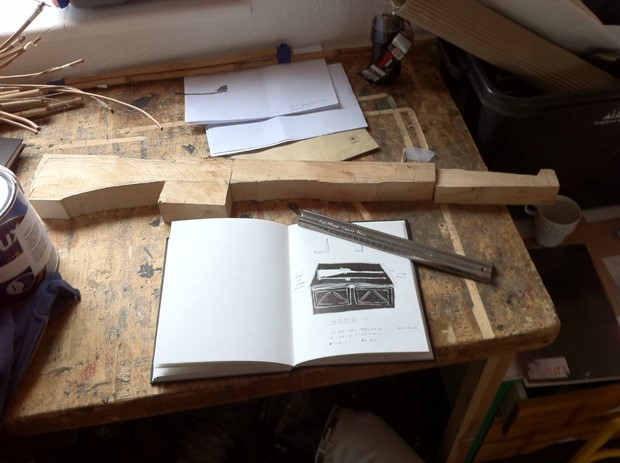 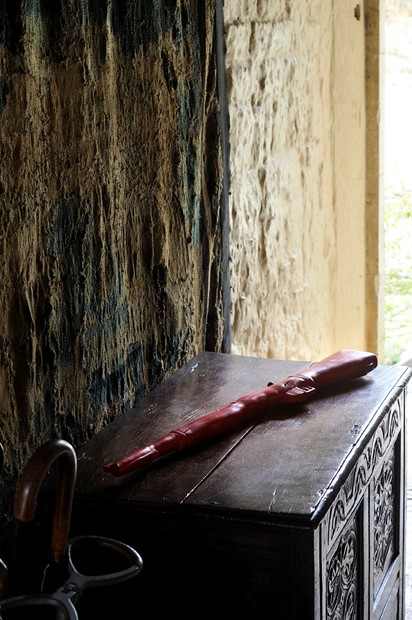 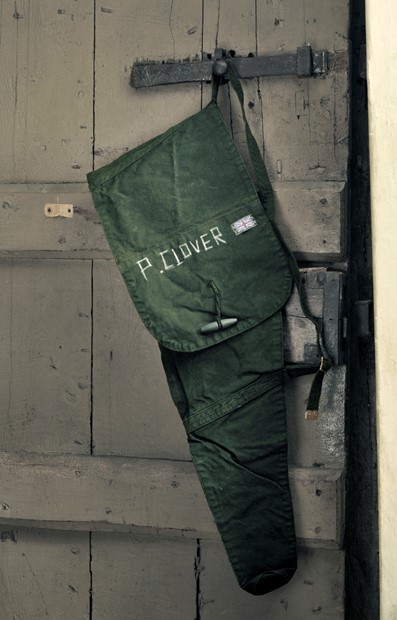 This sculptural intervention was created for the National Trust's Nymans property as part of an Unravelled Arts curated exhibition.

Rifle, originally displayed at the exit of the country house is dyed to match the school uniform in which the evacuees arrived.The piece is made as a toy with the added functions of subverting and highlighting it’s placement within its surrounding.

I made rifle by first drawing the piece and then making based on that drawing, so the piece evolved like a childlike game of Chinese whispers. I made it with the intention that it would be used by the children that were there, as a toy, made to be played with, to have fun with and to make mischief with.

Rifle was placed at the exit of the home to highlight that the children evacuated to Nymans were nearly of age to fight in the war they were escaping. P.Clover was one such child whom later became part of the armed forces.