My work is very much about people. How people relate to each another and how they relate to space and objects around them. Over the past 9 years the focus of my work has been on developing live art and performance events in which the audience nearly always have an active participatory role to play. Working with the public is a continuous source of inspiration and much of my time is spent working on 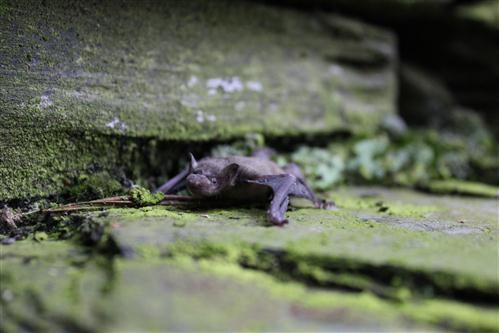 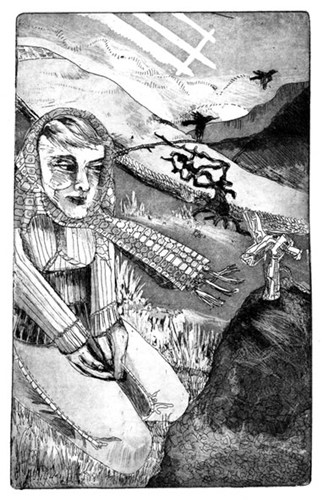 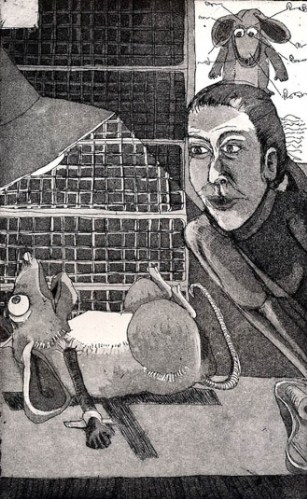 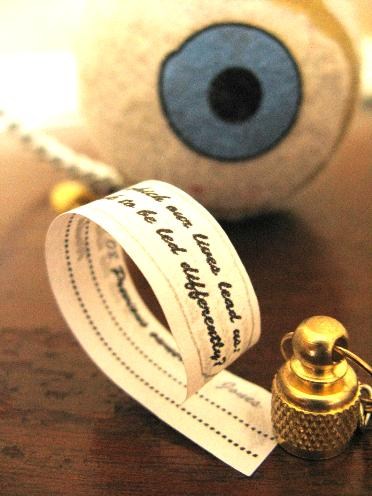 "A Romantic Meal for Two" 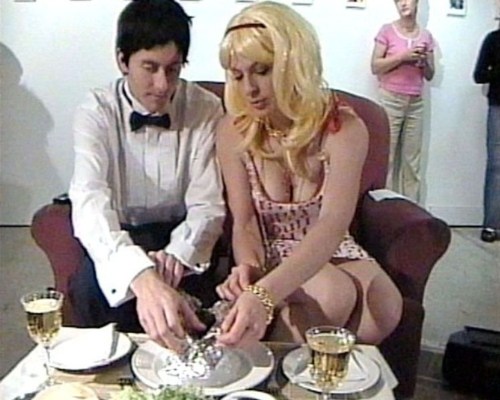 My work is very much about people. How people relate to each another and how they relate to space and objects around them. Over the past 9 years the focus of my work has been on developing live art and performance events in which the audience nearly always have an active participatory role to play. Working with the public is a continuous source of inspiration and much of my time is spent working on projects in collaboration with Galleries, Museums, Schools, Health and Community organisations. I totally love the encounters, the ups, the downs and the journeys this work takes me on. I have just completed a commission to curate a celebration event to launch the raising of a Totem Pole that tells the story of the village I grew up in (Brereton, Cheshire): Commissioned by Brereton Parish Community Interest Group (Funded in partnership with Cheshire East Council). It was my role to create a visual spectacle with lots of participatory opportunities for visitors on the day. This included a procession of large scale carving tools (made during family workshops during the summer months). 'Muzzle a Grizzle' an encounter with a bear, where visitors tried their hand at catching a bear in a pit... and 'Totem Cakes; an edible exhibition' with cakes made by local people. This part of the event was kindly hosted by a small group of ladies from the local WI. Other recent participatory projects include a commission to produce family friendly interactive activities for an alternative victorian fun fair at The Turnpike Gallery in Leigh; This featured a game of grotesque gnome hoopla and a stall where flicking flies into frogs mouths with fly swats on a spinning table wins you a frog prince crown. This year I took part Cheshire Open Studios (for the first time) in collaboration with my fiance (artist Will Pollard). We opened our home here in Northwich and welcomed 40 guests over the weekend, on display were recent prints and drawings, props, costumes and perofmance stills. The cathartic release of closely engaging with nature after intensley engaging with people is another area of exploration in my work. It is my aim to further develop a series of live art encounters that touch on the fragile balance between people and nature. I am currently developing a R&D funding bid following making an exciting and successful new piece of work called 'Sweeten My Life' comissioned by AXIS Arts Centre, MMU Cheshire for Nantwich Festival of the Arts. I am interested in developing ideas for conservation linked encounters one part of this will involve a project with a bat who insitigates discussion about phobias. I have made work for galleries and alternative spaces across the Northwest; Events have included a cock fight in a Liverpool mechanics pit (Cock Pit, 2002), a nature watch gathering in a rural garden (The Observatory 2007), a walk in the fog with a trombone up a Welsh mountain (Y Gamriw Bog or the Lurs, 2005) and an exploration of pest control at Cow Lane Studios (Vermin: a pest control training centre, 2007). 2011 has been another year of pest control encounters with red mites on the hens, ticks on the dog, slugs in the bathroom and black fly on my courgettes. One of my favourite projects was 'Grains of Paradise' a commission by the Bluecoat, Liverpool to create a site-specific live art event exploring people's relationship with plants and 'Hooked' a collaboration with artist Will Pollard (my partner) as part of Hazard a live art and performance festival in Manchester city centre. Since Hazard Will and I have worked together on further projects. In early 2009 we were invited to work with Lanternhouse International in Ulverston Cumbria. We were commissioned to research and develop a participatory project for summer 2009 involving young people from East Ulverston. This led to two new performance events: 'Mud, mud...' and 'The Hatchery'. In 2005 I set up Live Art WOC; an evolving programme of live art and performance originally based at Cow Lane Studios in Salford. To find out more see my personal website link below. In the next 6 months I hope to develop a series of one off live art events in Northwich. I am currently taking a break from work to raise my family. My son was born summer 2012 and baby number two is on the way summer 2014! I am still keeping things going with my work so please do drop me a line.