The Equilibrists, 2020 by Jayne Wilson

The Equilibrists of the film are patient and surprising exemplars of the lessons to be learnt from scrutinising the elementary principles of physics. Here feats of balance and curious games combine with the didactic to serve as a reminder of the patience, delicacy and balance essential for stability.

A film by Jayne Wilson
Original Score by Tim Howarth
With the voice of Asher Rospigliosi
Duration 5:09 minutes

The work is accompanied by a 32 page publication designed by the artist which plays with a balance of stills, quotes, and instructions from the film.

An Environmental Art Installation in the I-Park Foundation's Connecticut forest. The work sits in a vernal pool and is made from reclaimed doors and moss.

This work uses images of 'body marks' found by first browsing on the Web, which then becomes information to produce live-art performances. The performances involve 'marks' that are from the bodies of people found randomly on the Web, people that have no direct relationship to the artist or the audience. The visibility of the body is posed as a problem, where the body is problematic to identify, the marks reflecting racial and ideological effects. The 'marks' range from, and are not exclusive to, birth marks, scars, marathon numbers, skin cancer, self-harm, surgery markings, gay/straight/LGBTQ tattoos, left and right political tattoos... etc. The marks are not meant to focus on any particular person, gender, race, or subject. The marks are ‘erased’ by the end of the performance; by washing away the ink from visible parts of the body, and putting clothing back on, the act of tracing visually erases marks so to shift the audience’s focus on the body and person. The washing/erasure raises questions about racial neutrality, as in ‘whiteness’. The artist thus appears as the trace in bodily form: someone that continues to trace the work beyond the performance. But where the body appears problematic to think and work through in the organ of skin. 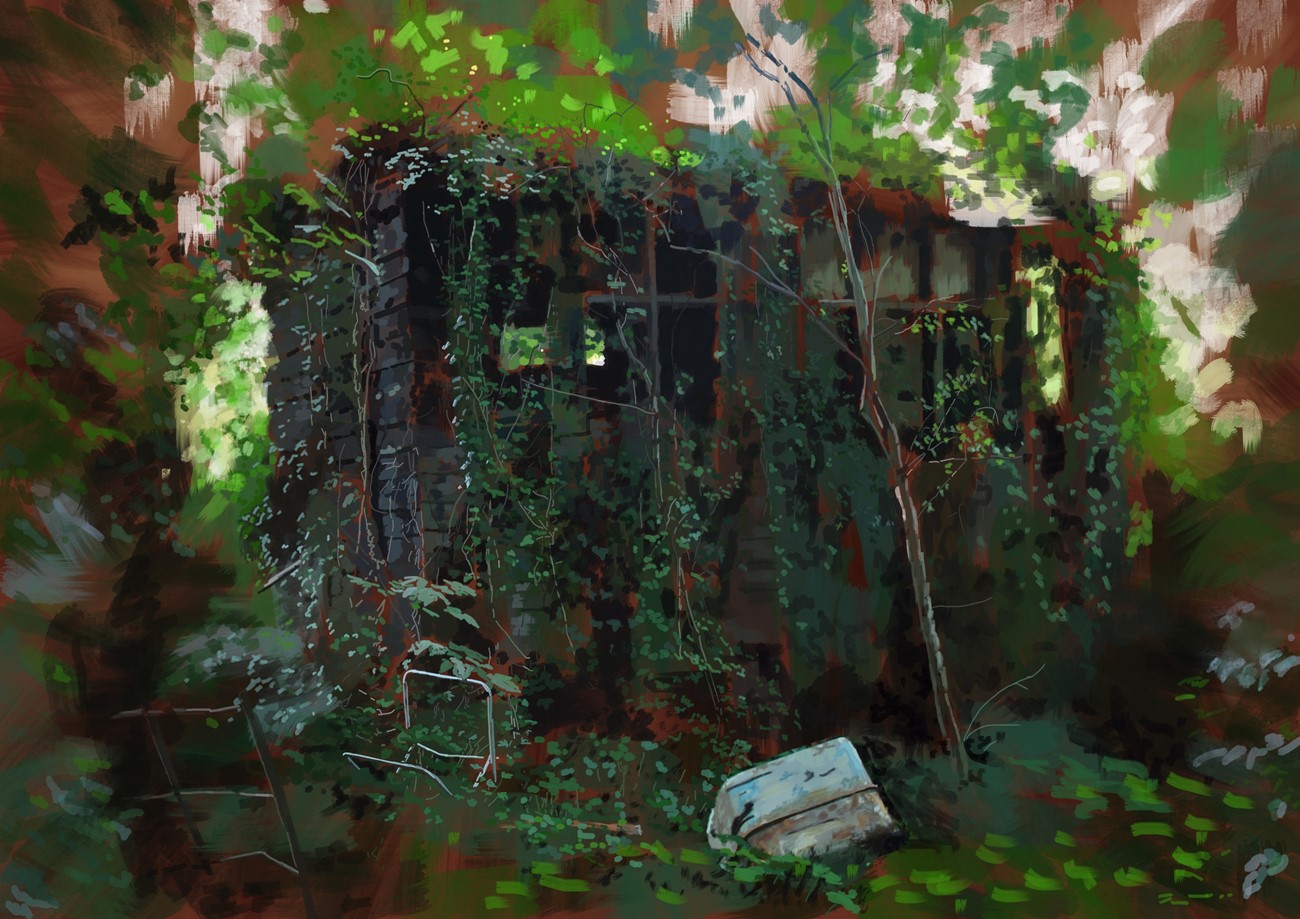 From the Inhabited series of drawings and paintings inspired by walks in Shropshire and surrounding areas, in which I made observations of cabins, caravans and sheds of various kinds. Each place was evidently a place of previous or ongoing habitation, mostly by persons unknown. The circumstances of their abandonment are also unknown or ambiguous, but provoking curiosity. In their woodland surroundings, these places could be viewed as idyllic retreat or desperate refuge.

In these works I contemplate primitive living from ancient human history and a dystopian future. Gaston Bachelard’s “Poetics of Space” was a reference in my reflections on these precarious living conditions.