‘Stilled Lives’ are a series of self-portraits that reference artworks from western history.

The pinhole photographs need extended exposure, (usually 3-6 minutes) which requires the sitter to perform stasis for this primitive technology.
Remaining still for prolonged periods is reminiscent of the life model’s role, becoming petrified in the temporal drift.

Walter Benjamin believed that in early examples of photography an ‘aura’ was captured through the long exposures necessary to record the images:
“The procedure itself taught the models to live inside rather than outside the moment. During the long duration of these shots they grew as it were into the picture”. 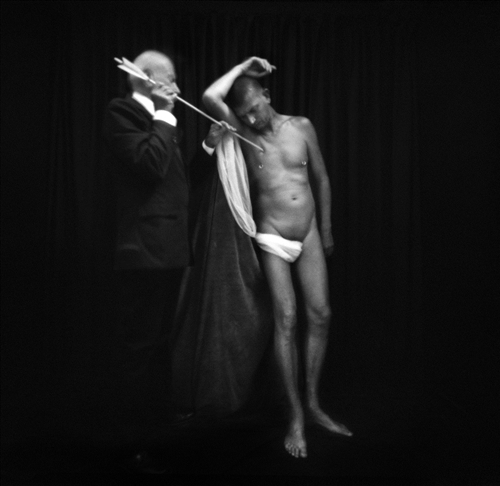 After Being invited to exhibit within the Paris Ass Book Fair, Jo Kimber an I decided to make a book exploring queer history within the urban setting. Our deliberation resulted in us making a book describing how a glory hole naturally forms within a public rest room.

This artist book examines the materiality, physiological and emotional aspects of a naturally forming glory hole within a Bristol based toilet cubical from 1960 for a period of roughly 10 years.

Jo Kimber has expertly crafted words to accompany each page. Describing the scene within each page scenario, we follow one character through this discovery of each hole and its different practical and emotional uses.

Made from plywood, formica, duct tape and vintage toilet paper. Limited edition of 8 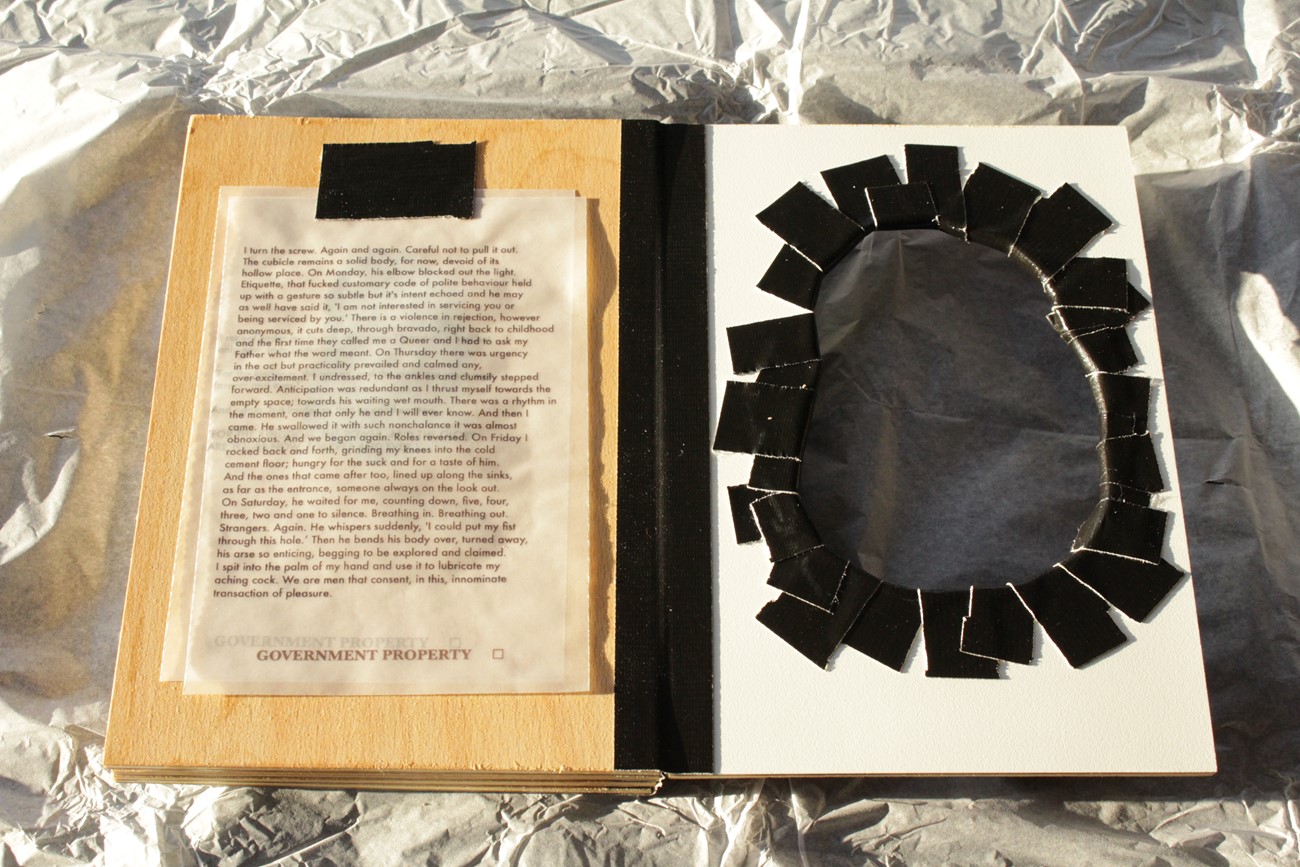 Part of the 'Other Stories' exhibition at the University of Leeds. 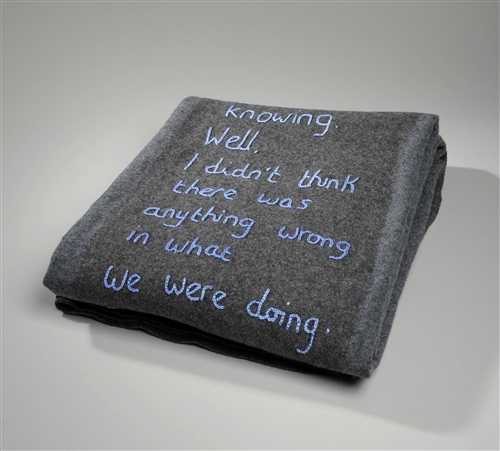 Robert Bremner is shown enjoying pagan company, giving Pan as good as he gets. The false backdrop gives an air of 'let's pretend' to a possibly disturbing scene, the composition of which is borrowed from Velasquez. 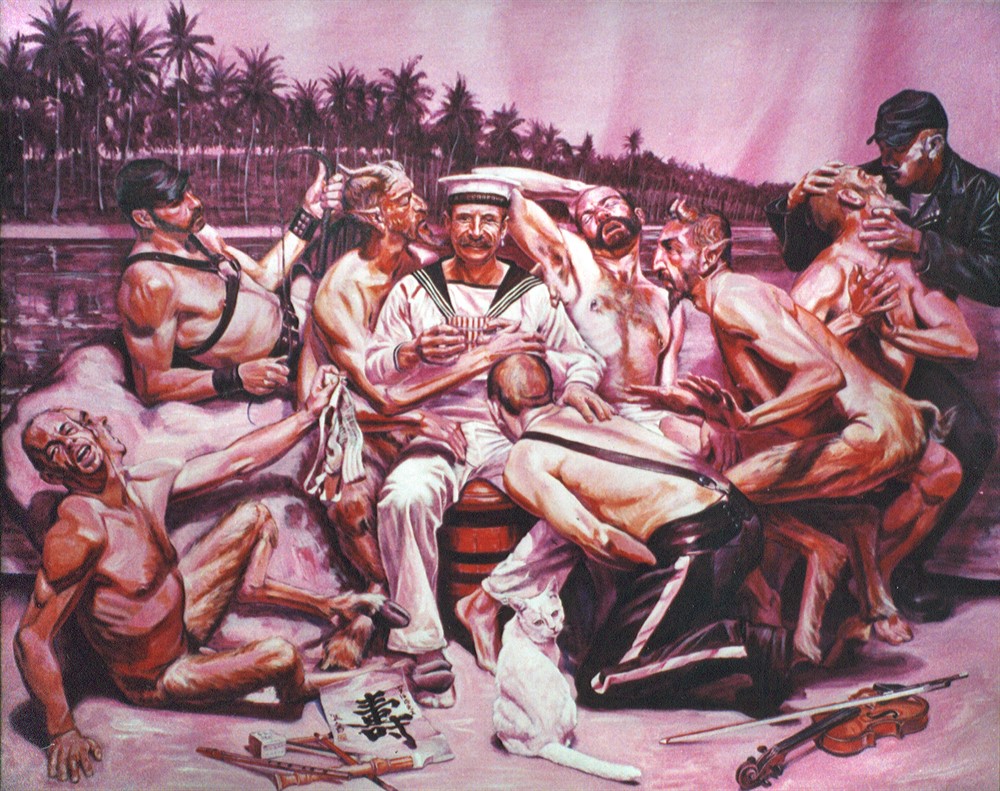