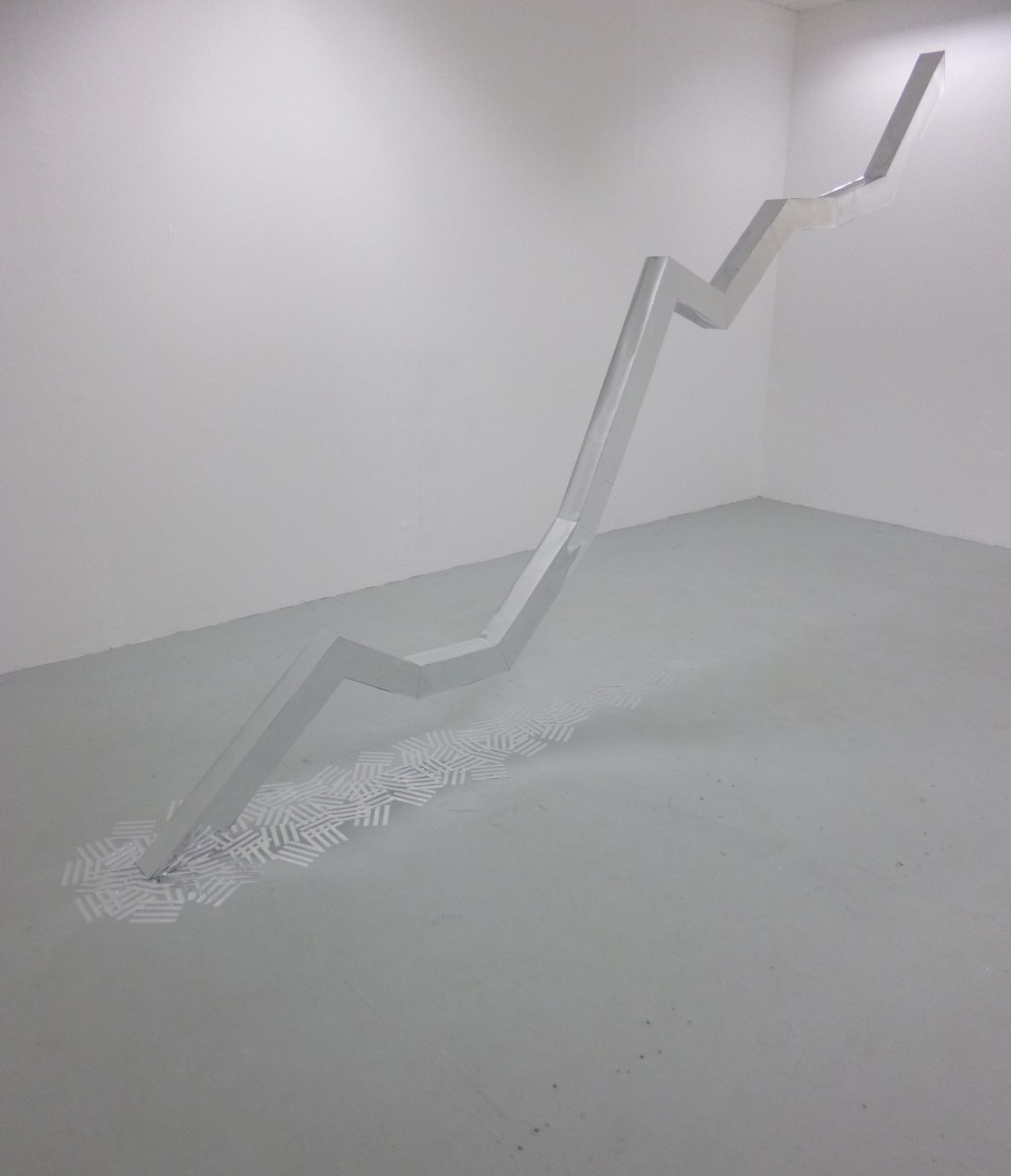 A performance of the phrase "putting your money where your mouth is..." at The Manchester Contemporary (2017). 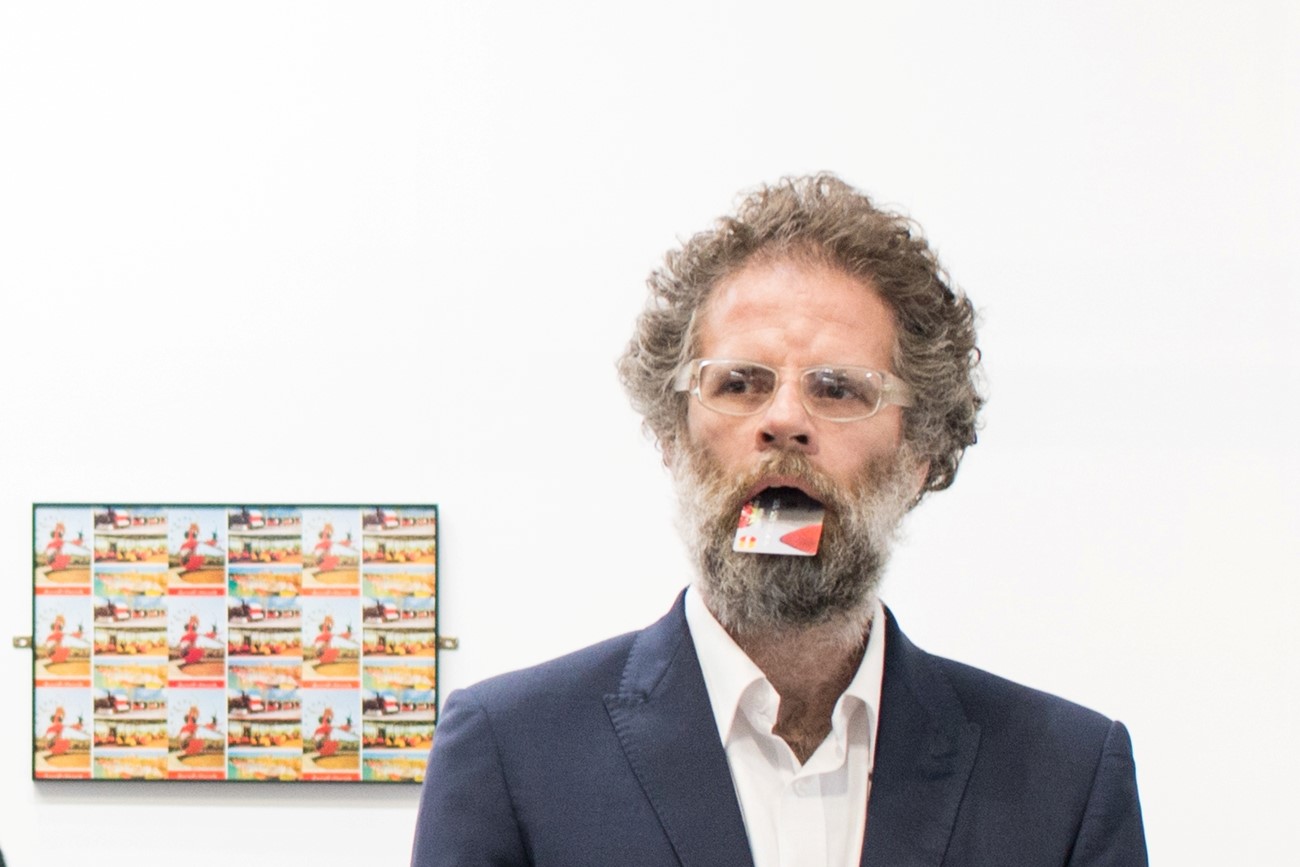 One of several pieces made for the Nunhead Arts Trail exhibition using money as material, building on ideas about the value of art explored in the Big Deal show. (2015, two five pound notes, 200mm x 300mm) 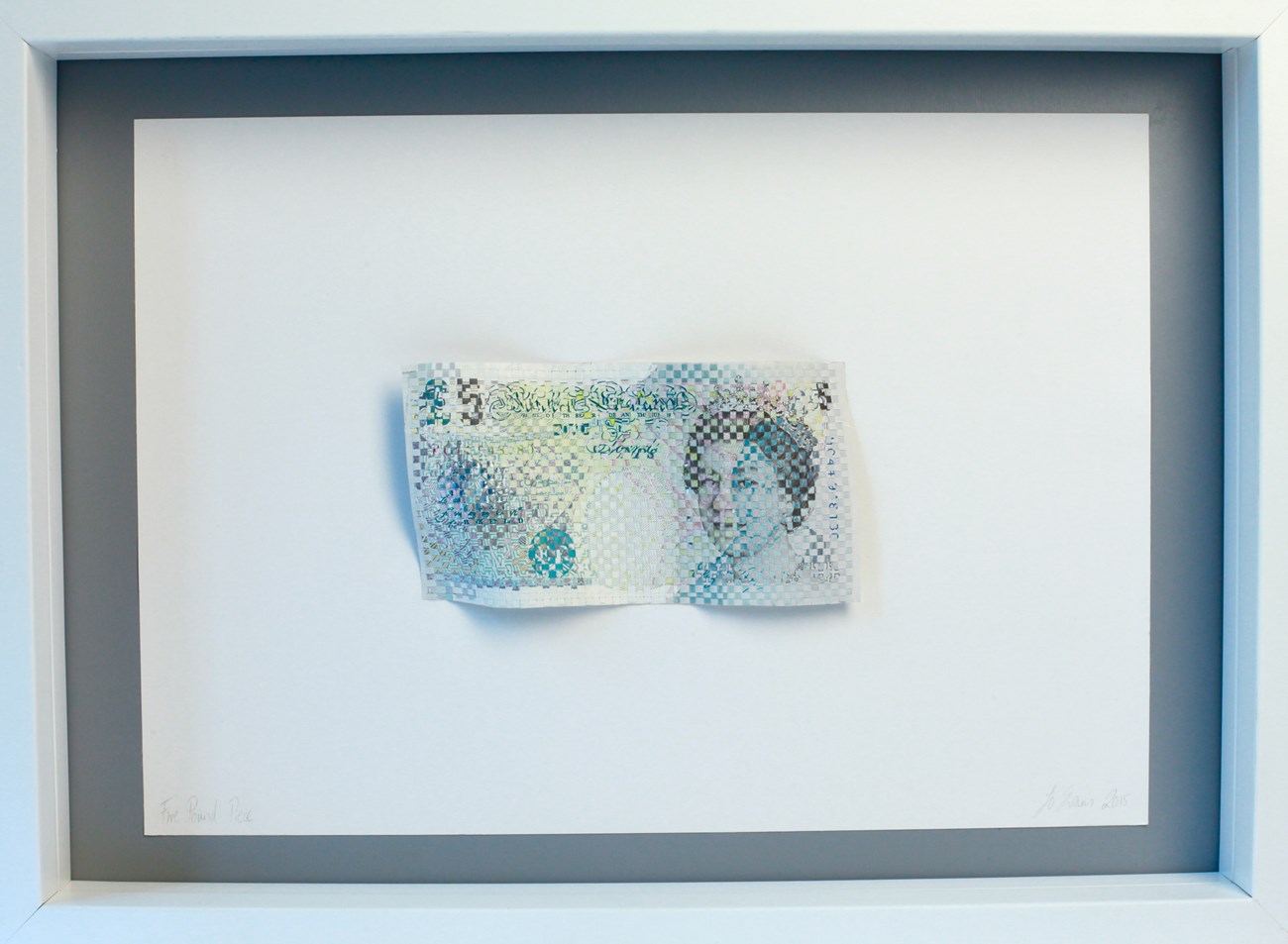 INDEBTED ADEPTNESS, Everything is purged from This Account But Art, No Money has Entered This Account. (Have you heard the Joke About the Gestapo?). For years now, Barclays have had a strangle hold over my finance’s through their interest charges and fees. Since the summer of 2009 I have had one of their intentionally blank pieces of paper pinned to my door next to a post card of The John Baldessari piece entitled ‘Everything has been purged from this painting but Art, no ideas have entered this work’. A page stating that it is blank when it is not struck me as a surrealist gesture amplified when found on something imbued with the bland normality of a credit card statement. The gloves depicted were a gift from my father, a generous man no matter what the circumstances and no stranger to the credit crunch. In an act of Detournement, I wish to end the tyranny of my credit card by turning a handout into a closing statement. This piece (as a pair) is, priced at my current outstanding debt which has an inflating rate of sale based on the the rising statement's accumulating debt. In this instance I have used a specific source to price the work in a manner that continues to extend the art works associations with its nominated subject matter. The inflation of the art work is a product of my choice to refrain from making any further payments, art price inflates based on the bank inflation. My credit rating has since been effected and debt collectors continue to harras me until art collectors step in. In times of economic unrest the value of a currency will fluctuate with excessive re printing of money leading to the devaluing of the currency. The object will mostly stay the same yet its intrinsic worth, that which it symbolises will plummet. The reproduction of an artists work follows similar rules. 1 of an edition of 100 will fetch less than 1 of that of 10 given that the prints are of the same standard. A limited edition print of the pair is available until all the interest and fines have been made back. The signed and numbered prints are priced at £100 each from an edition of 30. After the sale of the original and the prints, I stand to make no profit from the project. However, through placing an intrinsic value upon the original and its reproduction on the basis of its pre-existing content all those who would purchase the original or a reproduction will have played a part in the completion of the work. 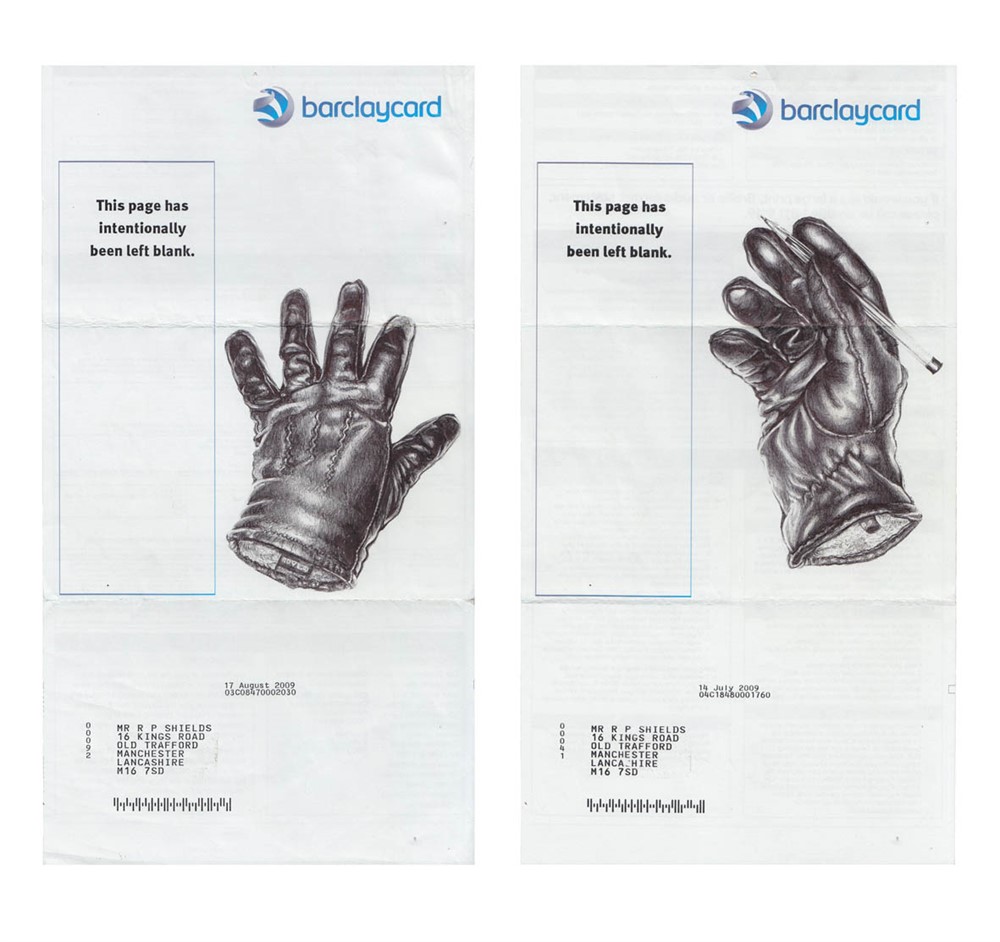