I've been doing some R&D with Collusion to develop a project that utilises AI to generate physical experiences in public spaces.

I'm interested in developing an AI whereby you can physically curate video/visual content. What can we teach an AI about human movement and gesture? How would it interpret body language that forms the fabric of our non-verbal communication?

The labs and commissions are funded by Arts Council England through the Ambition for Excellence fund and GCGP LEP, Anglia Ruskin University, University of Cambridge Museums and tech partners, Cambridge Consultants and ARM and supported by Cambridge Junction and Leverhulme Centre for Future Intelligence. 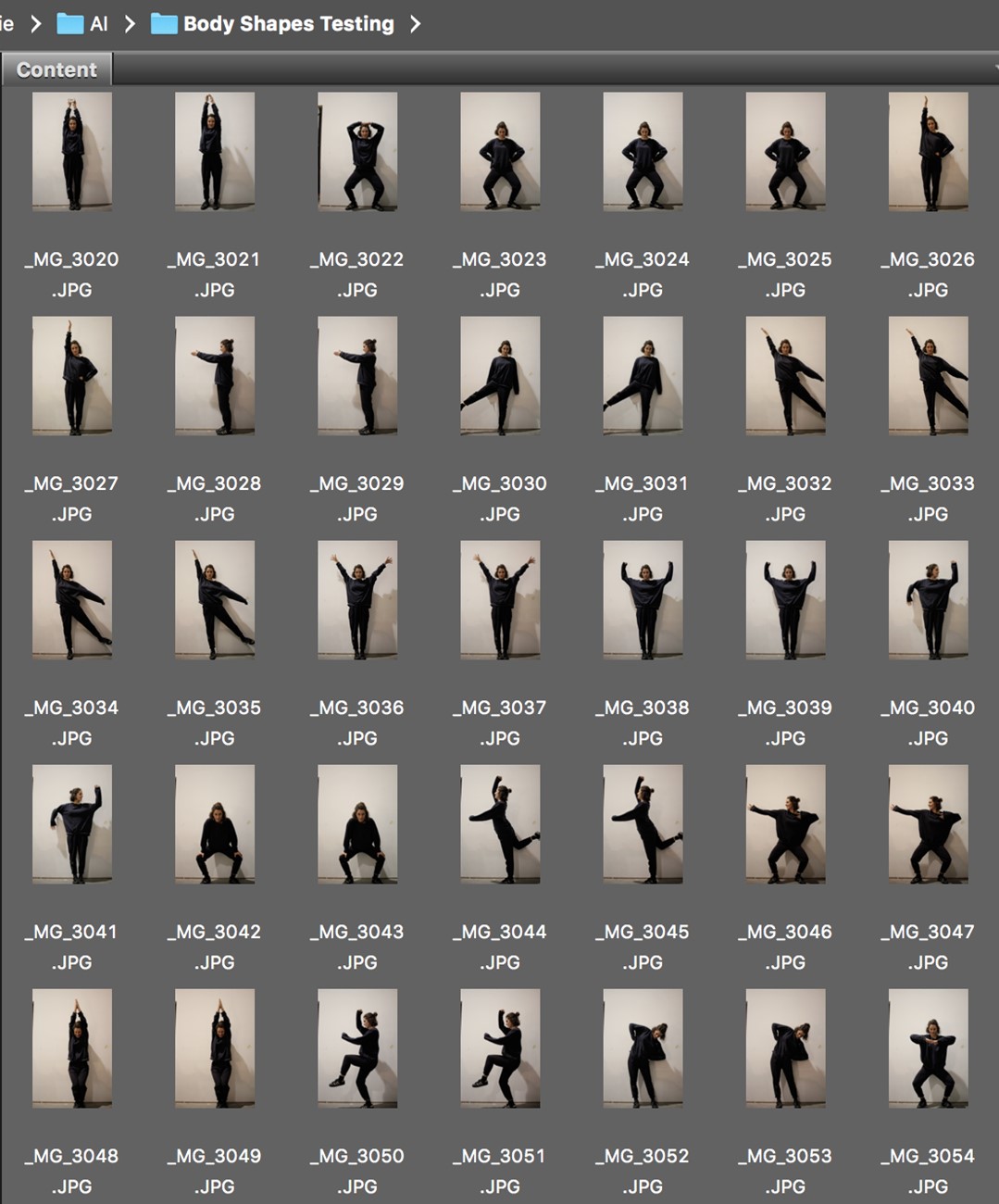 Slabs is a band of sculptures and humans. Through mimicry harmony and distortion their music defies genres and articulates a new way of listening to objects and their incredible voices.

Sculptures are activated through feedback loops and the voices of performers who engage in a form of dialogue with the sound.

'The sound bears similar surprises to the early days of free jazz. There is a continuous breakdown and discovery of melody that resembles a chain of disrupted conversations.
The confluence of rhythms coming from the continuously varying group of activators, makes the music equal parts primary and protest. Interested in ideas such as Pauline Olivero’s deep listening, Glover champions dissonance as the sound of alternative thinking. Her work belongs to the quieter forms of political action, that ask how we determine music from noise or the expected from the relevant. Where classical protest pushes away, this conversely invites-in the multitudes. If globalism had a sound, this might be it. '
Ashlee Conery

This project is a research on the study of seldom and personality where I employ the disguise as a form of initiation. I look at how the performance, the movement, the personification in front of the camera can lead to a state of trance where, like in a ritual, I aim to loose the control of my persona, of my inhibitions to get in contact with different aspects of my self enhancing therefore self-knowledge and self-awareness. It is a project that I started in 2014, when due to some personal and economic reasons I spent most of my time at home, in my room. I developed a deep connection with my living space, which was also my creative space, and I started to work on the nature of this relationship. The body of work includes also still life, compositions and outdoors where the images are used to create an uncertain interplay between visual and metaphorical languages. I also employed sculptural elements, found materials and personal objects recreating somehow a collision between opposite languages such as the document and the oneiric, the lived experience and the expectation, the perceptible and the intangible, the figurative and the abstract.

Light Choreographies is a light-navigating robot that rhythmically rotates, spiraling up towards the fragile glass world. The cyclical dance of light and projection is extended through the use of the remote sphere. A dialogue between human and robot is formed. The movement of the sensor communicates to the light and the robot maps and choreographs patterns of human activity. This interaction allows for intimate experiences, encouraging altered perceptions between inner and outer space. Alongside reflections upon the way the environment is experienced and imagined.

Light Choreographies was presented as a live performance at Theatre Mwldan and public art presentation at Pontio, Bangor.

The Arts & Health application was explored at The Level Centre, Derbyshire - a contemporary art gallery for adults with differences.

*The technologies employed within the Light Choreographies performance have been realised through the kind support of Innovate UK Technology Strategy Board. The performance and public art has been kindly supported by Arts Council Wales, Welsh Government, Studio MADE, Pontio Innovation, Oriel Mwldan and the Level Centre.

A camera video's the perpendicular of a wall to a floor.

The frame of that camera is marked out in the physical space.
A monitor hidden around the corner displays a live feed.
Let the performance begin! 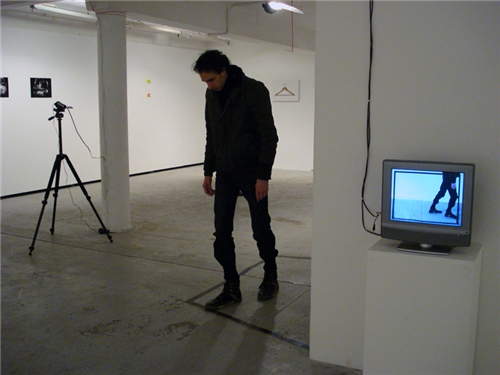