In response to our digital residents Kim Coleman and Jenny Hogarth we've selected five artists who have made work around duration and the passing of time: Anna Masters, Dale Wilson, Jeanette Orrell, Anna Louise Cox and Yoonjung Kim.

Made using old and discarded watch and clock parts, Time Bomb is part of a collection of works which investigate the idea of time and change. No longer functional and suspended motionless apart from their contingents, the mechanics of time are meticulously frozen; in the space of the frame time has stopped, but outside its inevitability is inescapable. 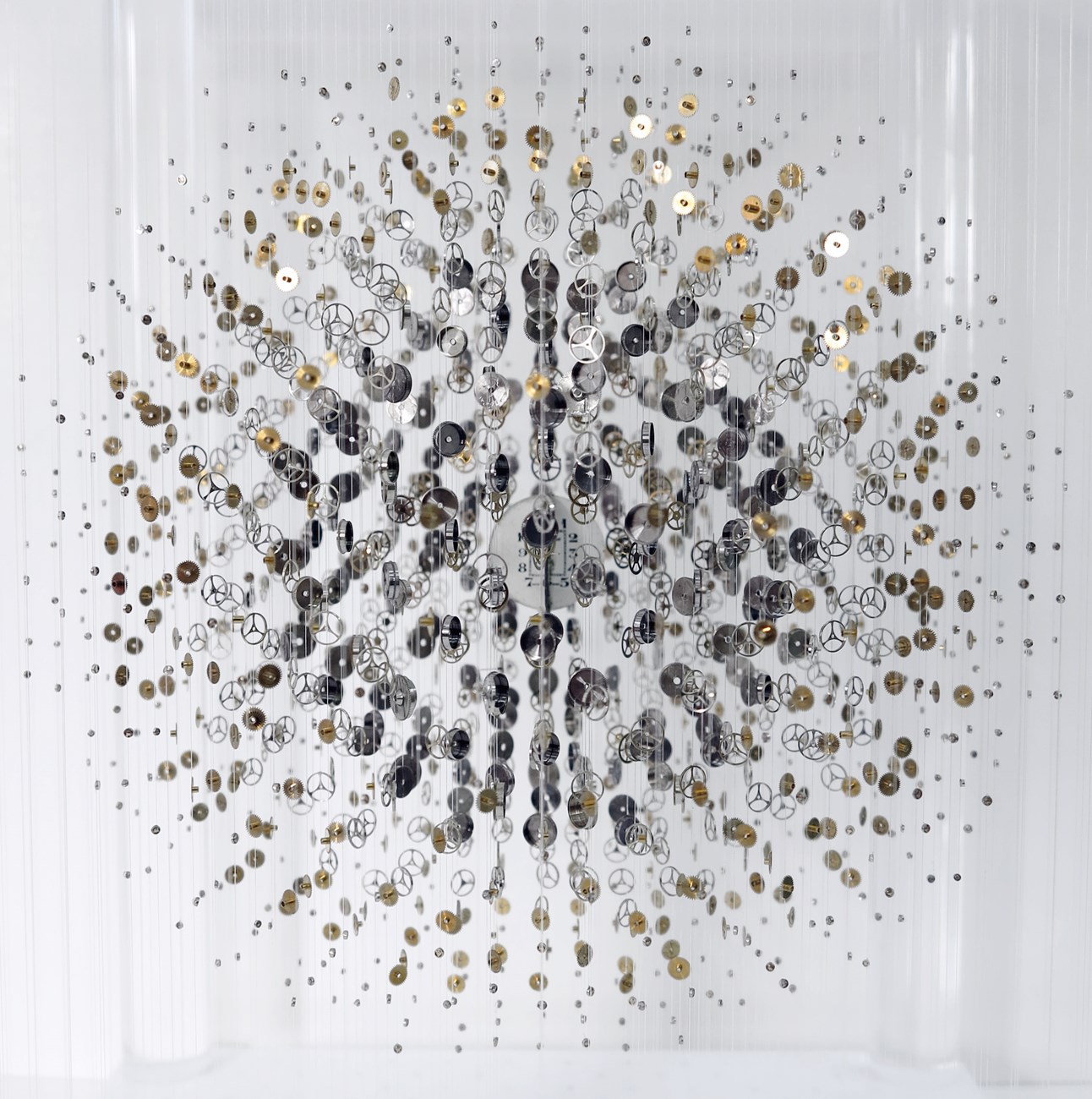 Audio-tape on paper on board. 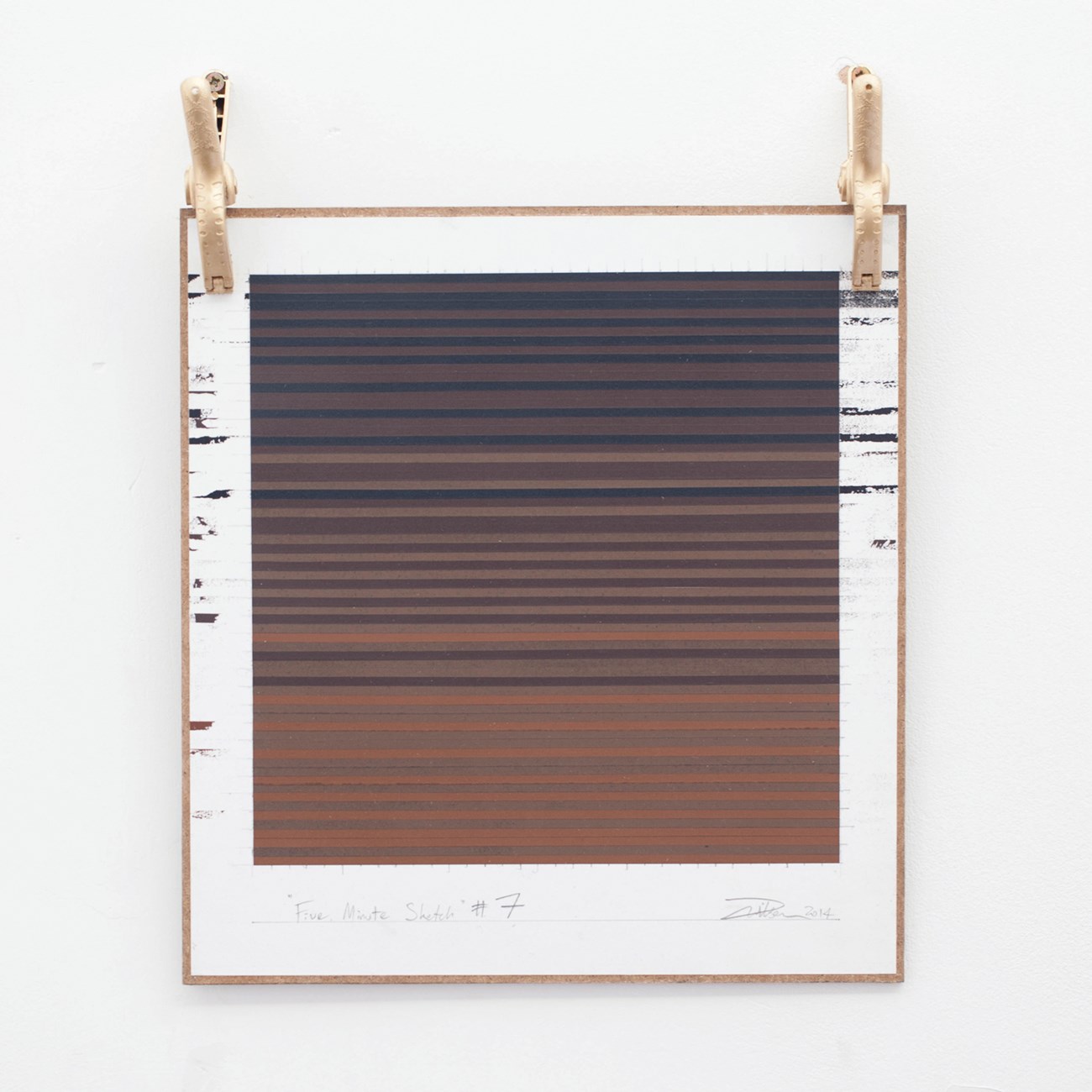 This is about the passage of time, growth, loss. The cut hair represents the time passed in growing up. The ribbons were found in my grandmother's box, some of them I had worn as a child, some my own daughters. They're stitched with things that my grandmother said to me, or rhymes we used to sing when I was growing up, and which were used in games played by these different generations of women.

"The individual pieces slot perfectly into alignment, creating a continual liner whole. The outer most points bordering the exterior of the surfaces plane like the limits of perceivable space. Each segment a fixed moment in the chain.

It is often the things that people take for granted, which turn out to be the most valuable blessings in their lives. We are all hear for just a moment, soon to be history.
Time is the only true currency of the Earth, and it is our choice how we spend it." - Anna Louise Cox 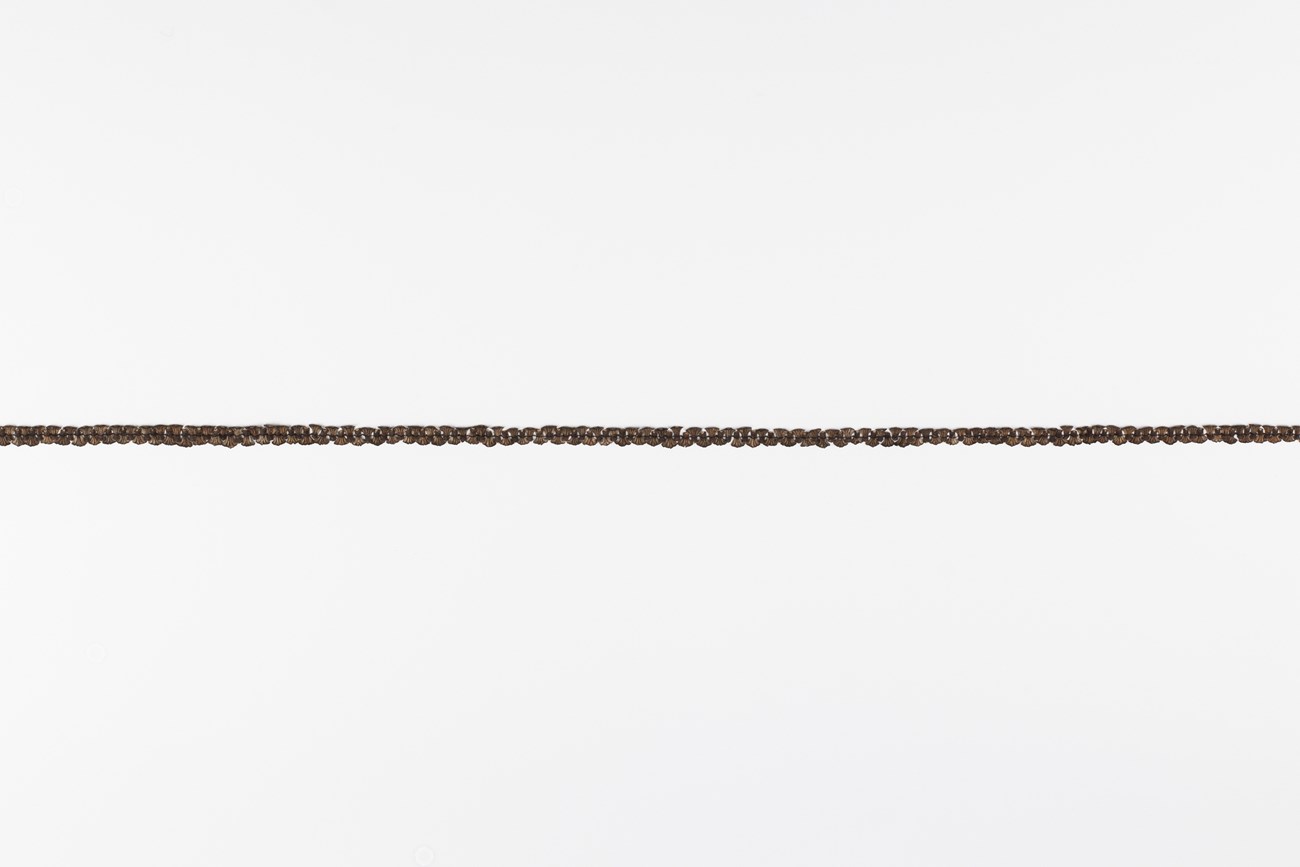 For 14 days I tied 2000 lengths of fishing line between two pillars. This was undertaken for the duration of the exhibition as a performance. The distance between the two pillars is 4m 85cm (left pillar with 44cm depth 44cm, right pillar width 43cm depth 46cm). I worked from the bottom to the top; I tied from the left pillar to the right pillar and from the right to the left and so on. I timed myself everyday, clocking in and out, working a total 84 hours and 20 minutes. The average time of tying one fishing line was 2 minutes and 32 seconds. Every 10 lines are tied together, with bunches of 100 tied with yellow line, 1000th with purple. The daily completed amount is marked with black line. 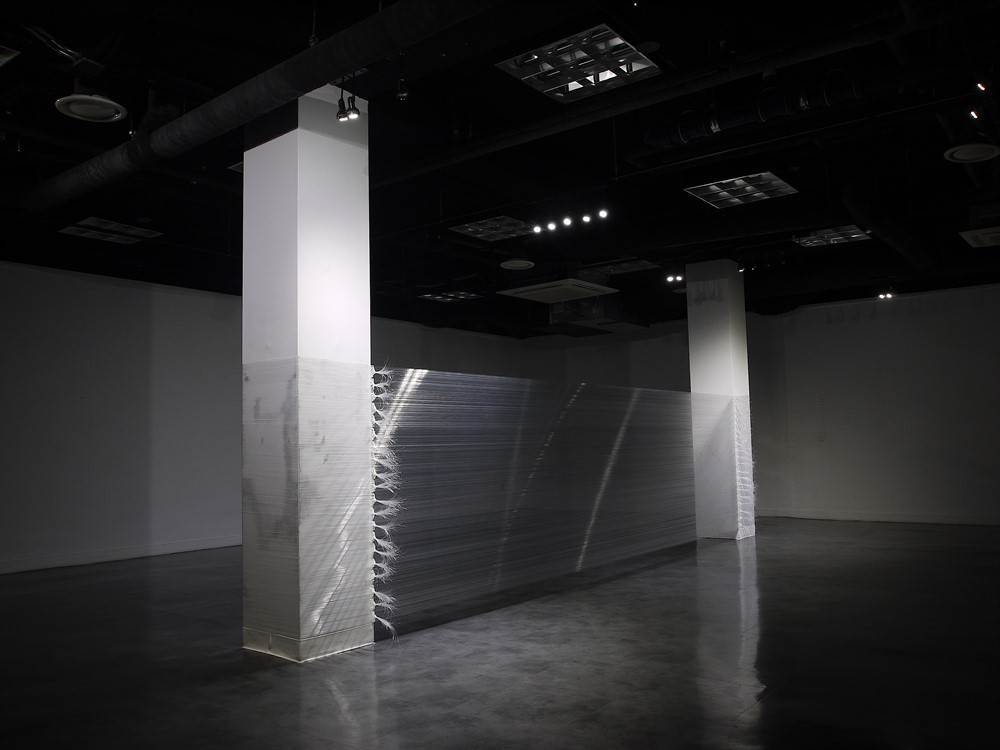