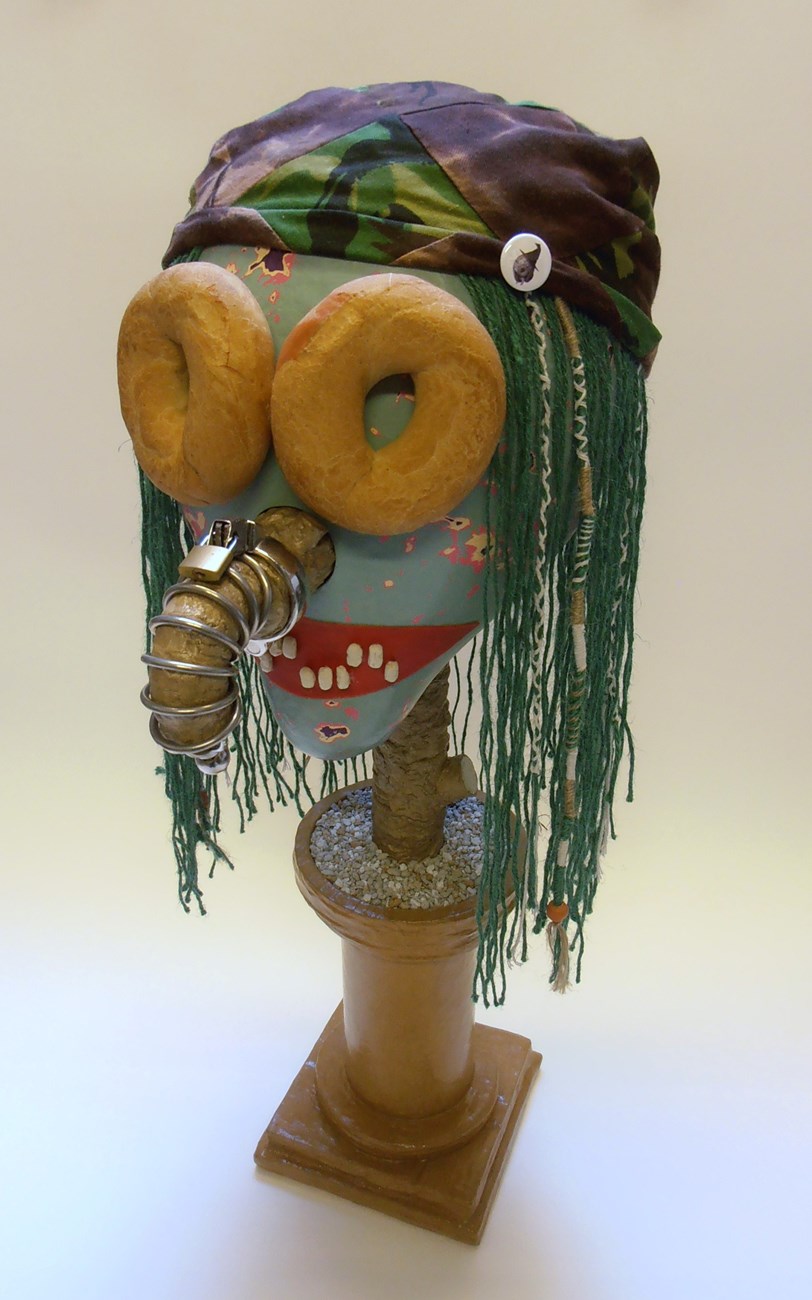 Acrylic and oil on canvas. 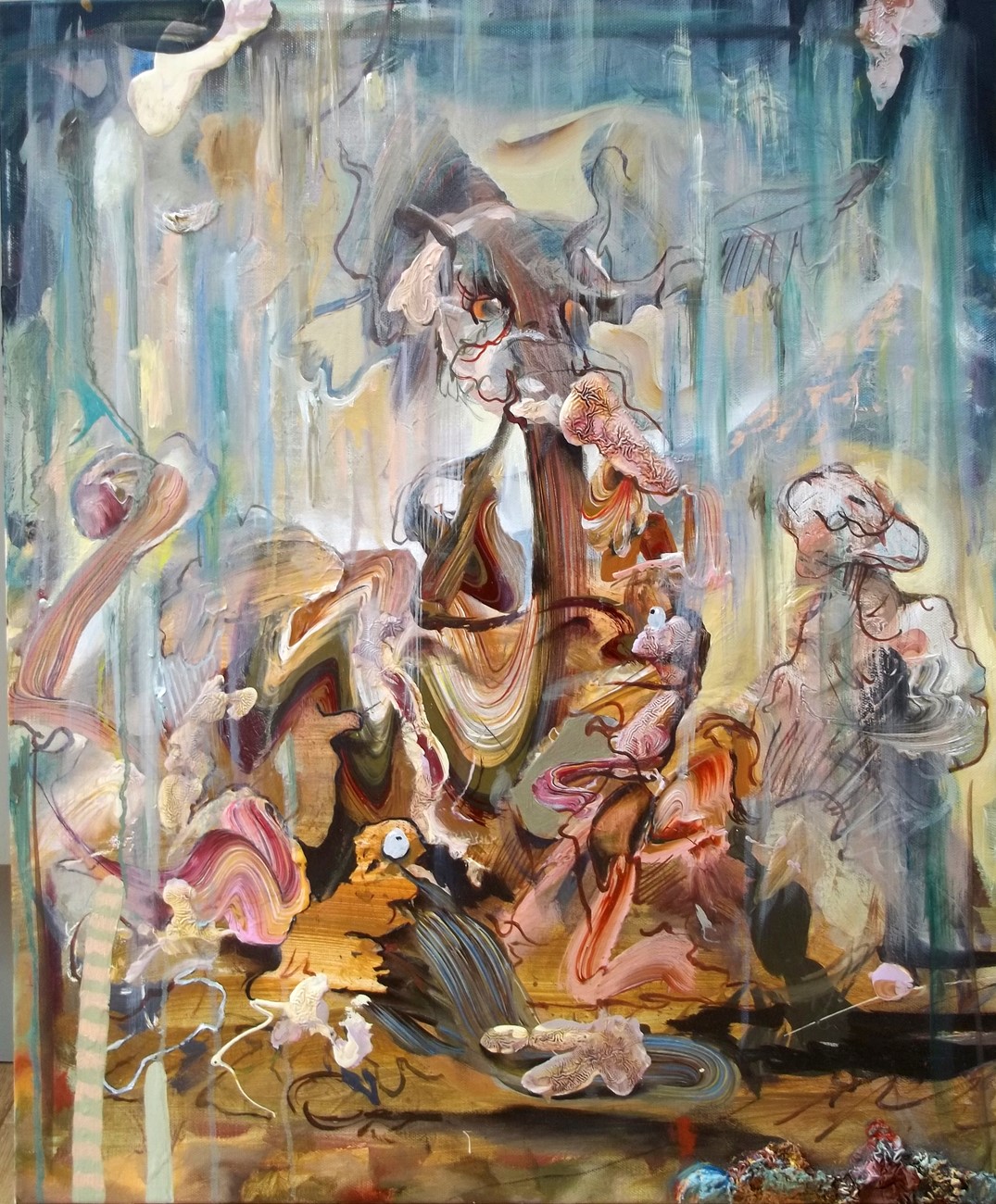 The bodybuilder/fairy is a reaction to the macho posturing prevalent in today's world politics. The title alludes to a longing to return to an idyllic past that doesn't exist. 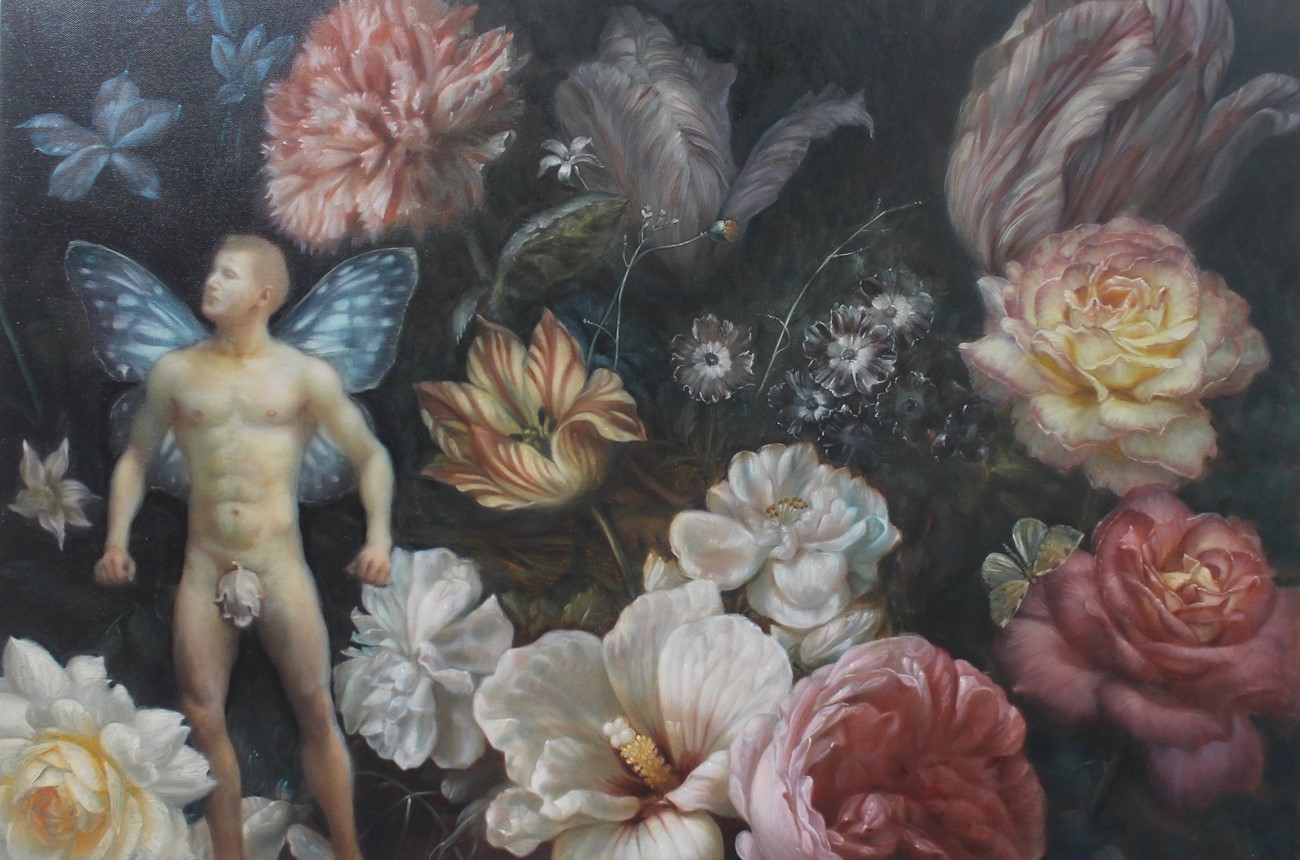 A contemporary political satire and 3-man walkabout street performance, adapted from L. Frank Baum’s 1900 novel, The Wonderful Wizard of Oz. The Tinman, Scarecrow and Lion become politicians searching for brains, heart and courage. As politicians they've lost their way. Bewildered, leaderless and unable to distinguish fantasy from reality they need guidance and instruction. They hope by asking members of the public for direction, they’ll find the yellow brick road leading to Oz.

This adaptation of The Wizard of Oz uses clowning, and irreverent mischief to question the role of politicians, and of ours as critical and forever curious citizens. 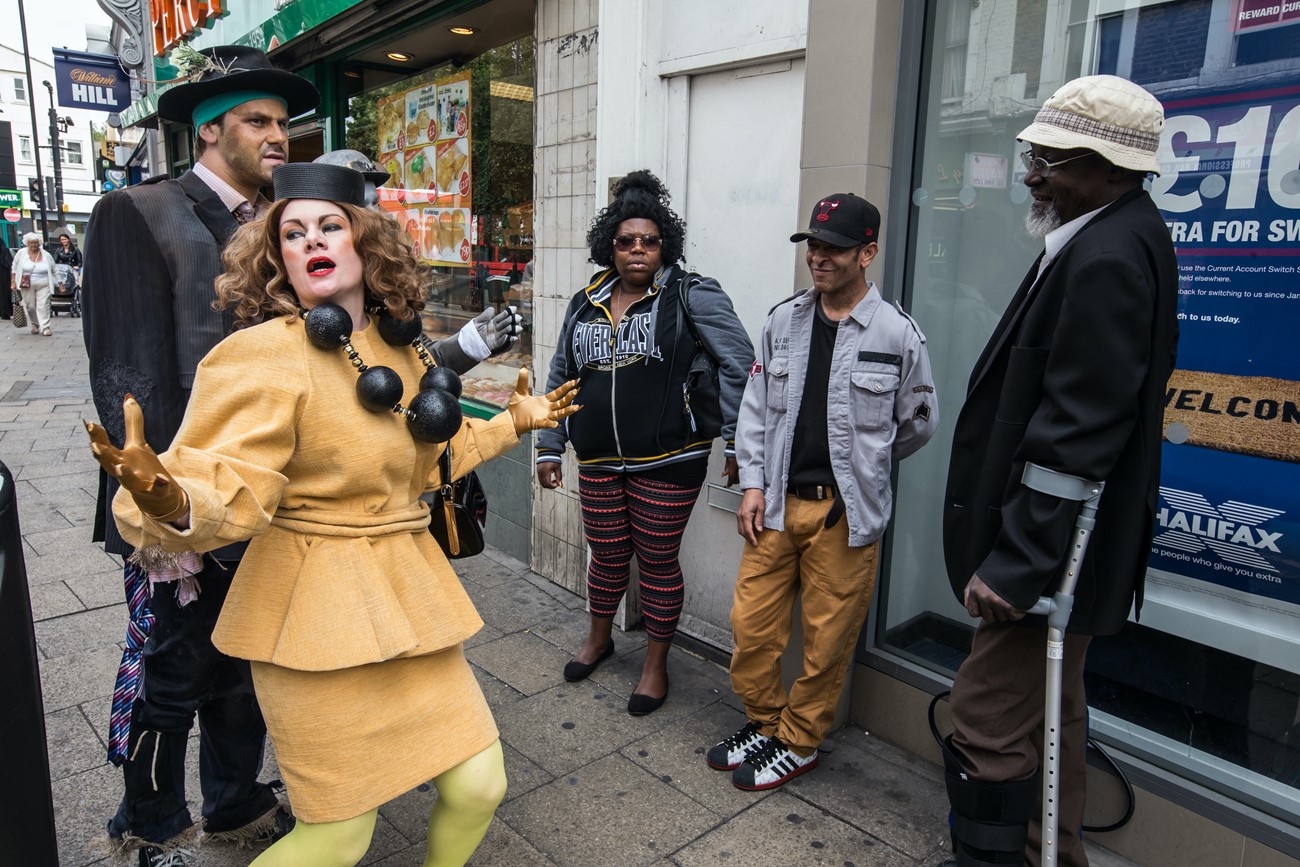