This is a section of a puzzle like crossword i hand drew, that has words and phrases relating to Brexit including Brexit Jargon. 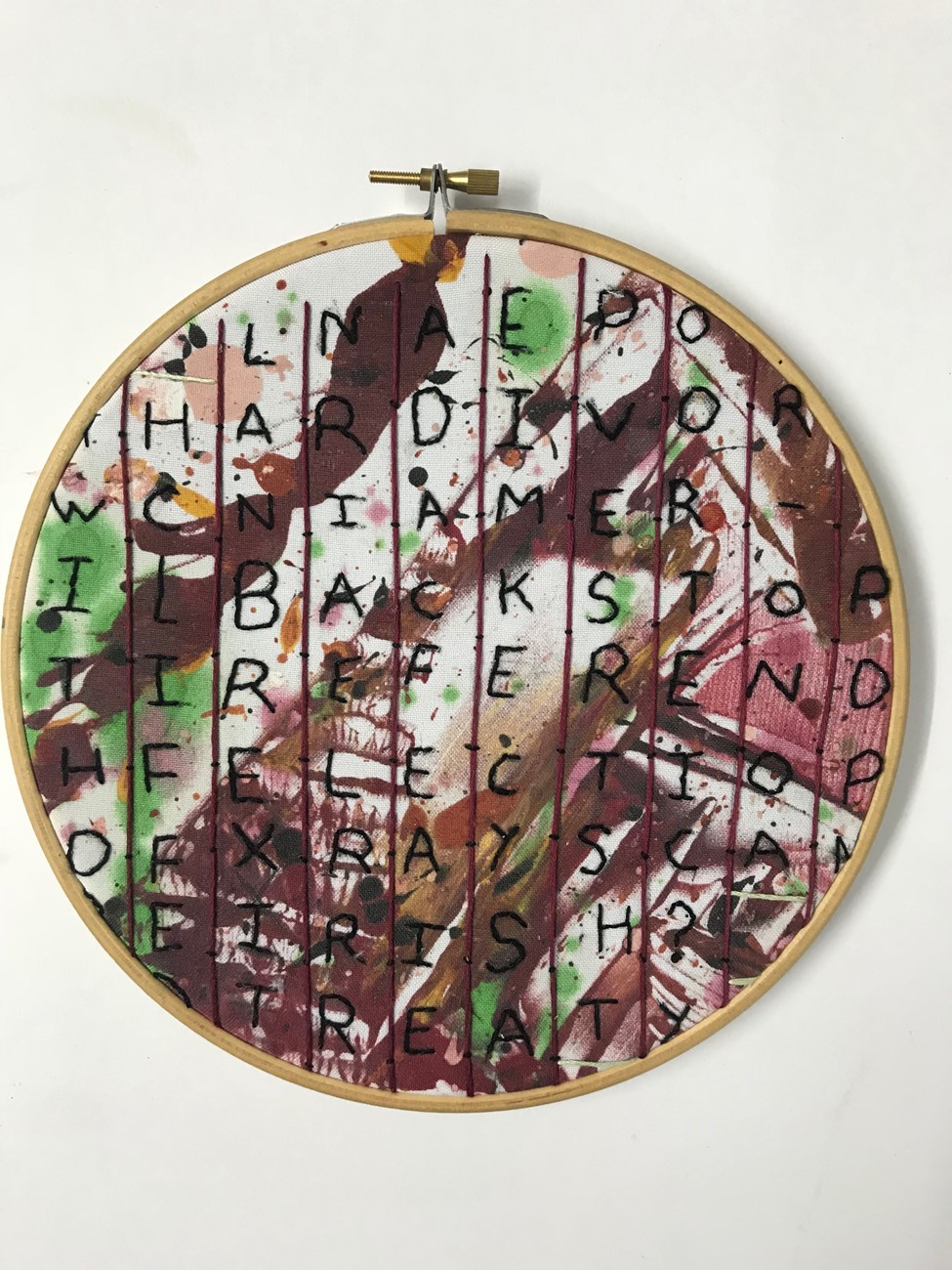 'Russell combines yellow and blue perspex to visualise his ideas of unity and division. He calls it Brexit - but it is not necessary that we interpret it just politically, but the complex structure could be recognised as socio-mechanical. Russell's work always seems to combine future-oriented mechanical structures while still being anchored in our current time. It is our pursuit forwards while we are here today. Anchored in complicated connections, we want independence, but how can one break these units apart so that the system does not collapse.' 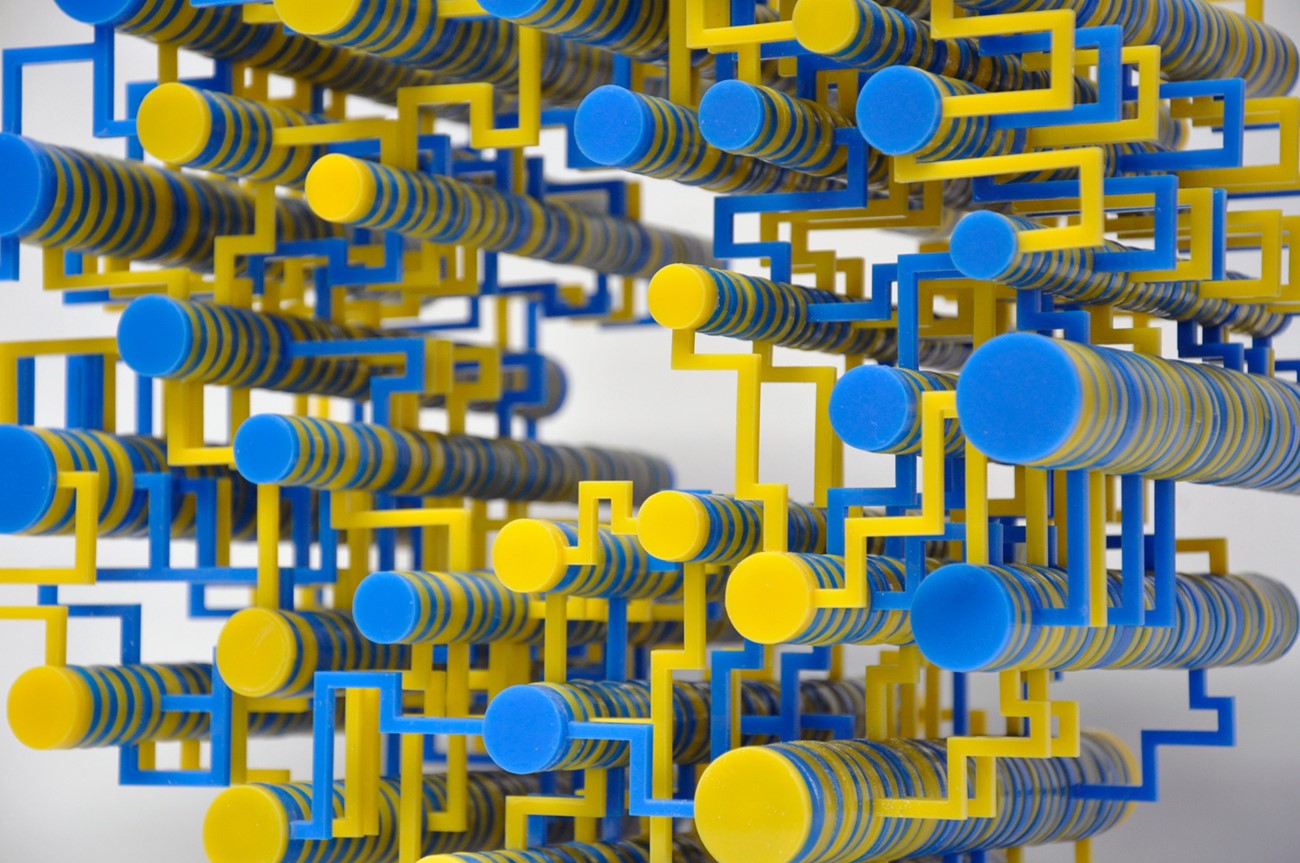 We are living in politically turbulent times. Politicians are estranged from the public and what the majority really need. Comedic figures dominate headlines whilst corrupt individuals covertly pull the puppet strings. The system needs a shake up.

Clandestine creatively responds to the struggles citizens face in our supposed democratic society, providing a visual representation of the profound imbalance of power. 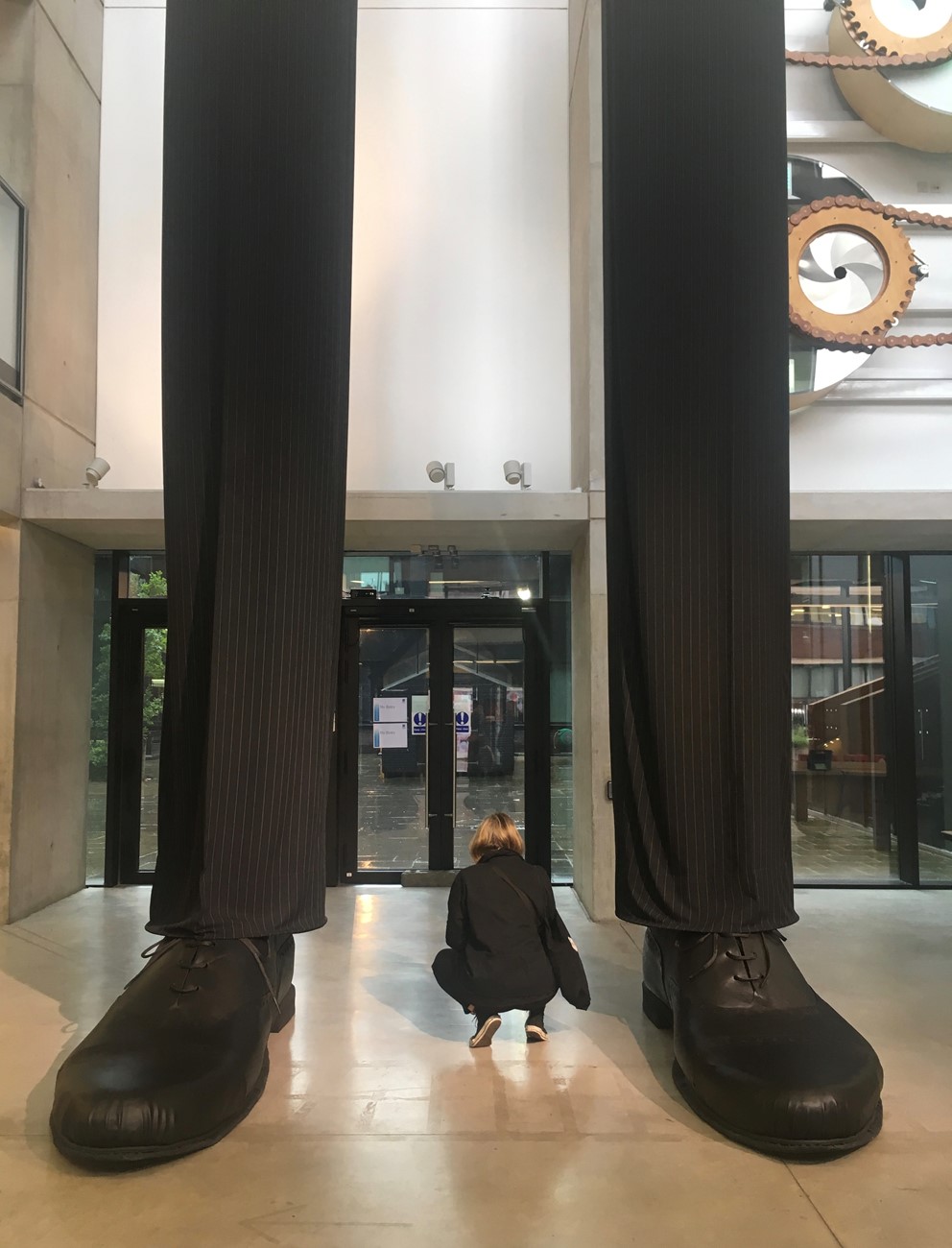 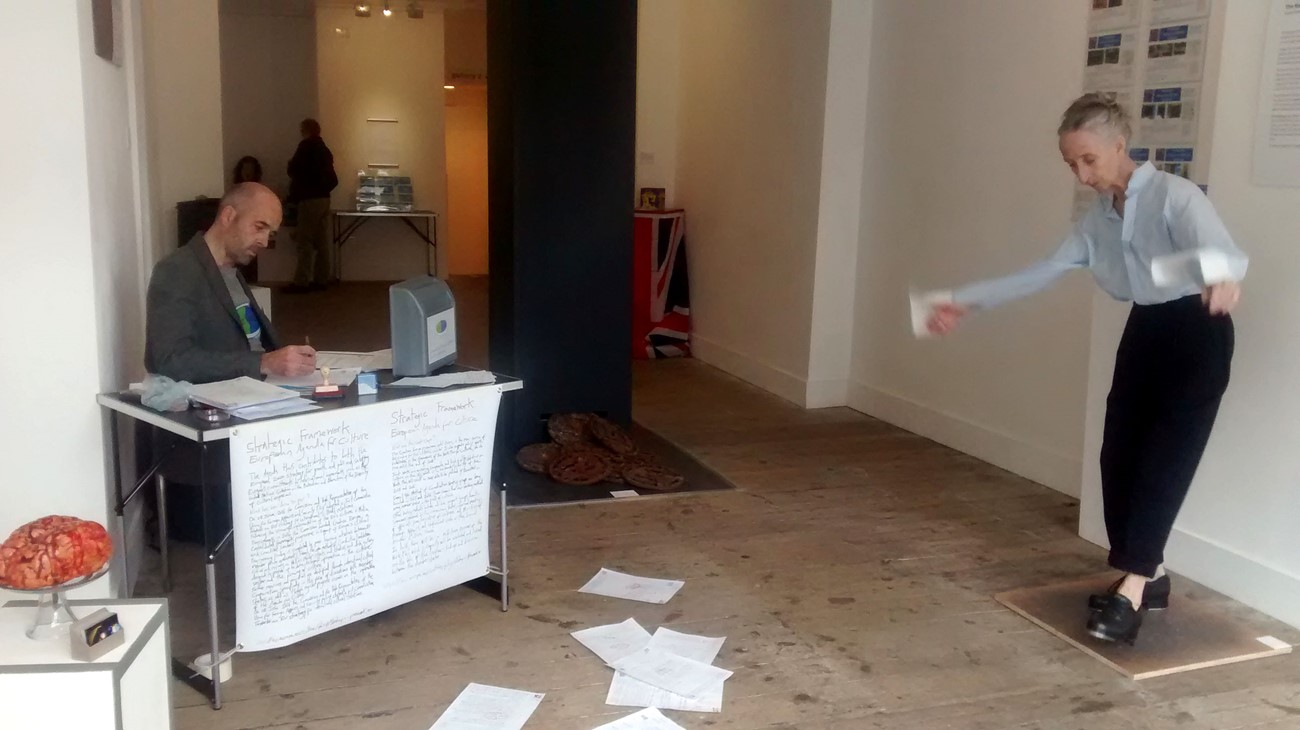 An installation created in response to the 2016 EU referendum.

During Tito’s National Front regime in the former Yugoslavia, two different ballot urns would often be used at election time. The first one, ornately decorated with flowers and ribbons was for collecting votes for General Tito. The second, for his opposition, would be a bulky tin can. Members of the electorate were given a small rubber ballot, with which to cast their vote. Many stopped to admire the pretty flowers and the fancy bow, watched closely by officials of the national militia.

Struck by parallels between voting practices in Communist Yugoslavia and the tactics employed by the Leave campaign during the EU referendum—in particular well-publicised claims that a weekly £350million would be diverted to the NHS upon exiting the European Union—Ballot Urns visualises the offer made to the British voting public as two very different and misleading ballot boxes. 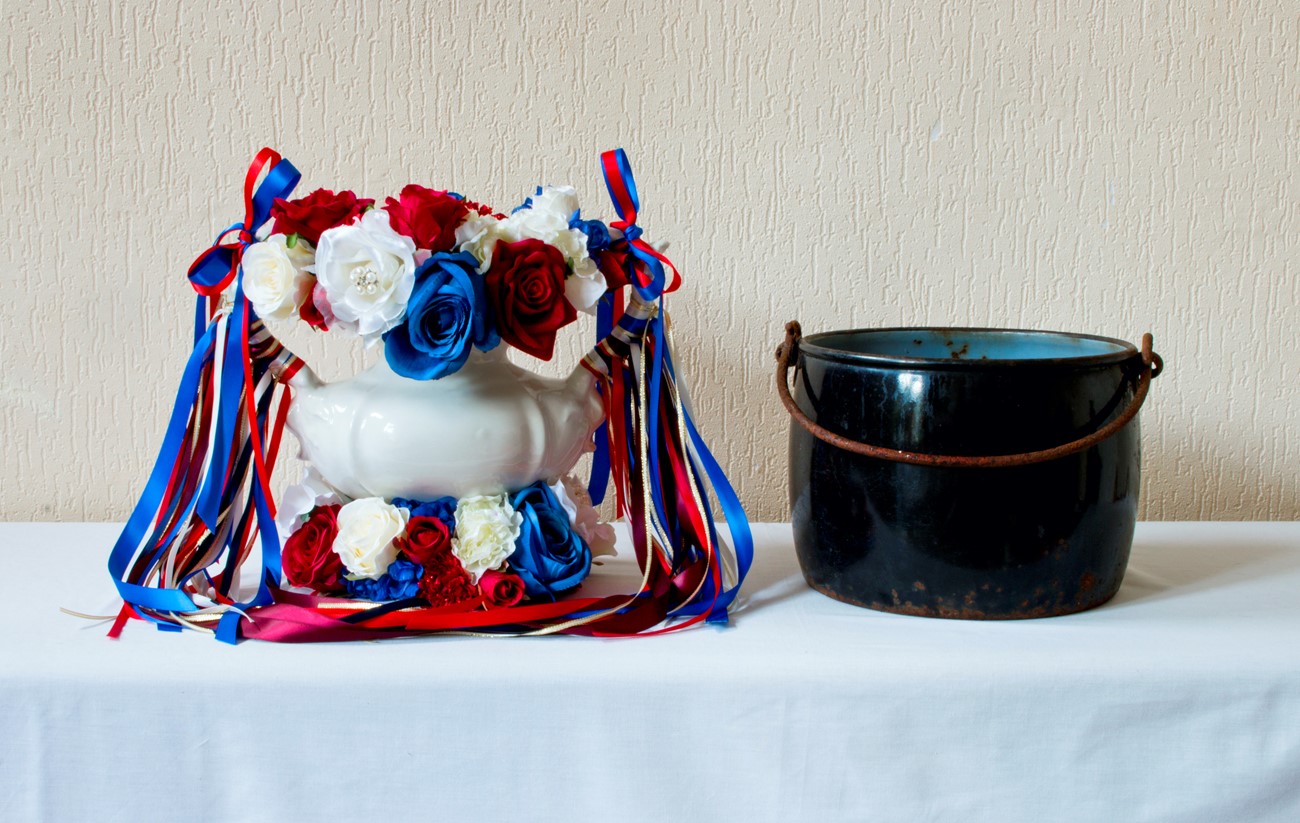