The work is an iPhone playlist consisting of five audio tracks named after the day of the week they were recorded. Each track documents the artist's youngest son as he scats a stream of consciousness of humorous abuse and put-downs at his father. A nightly act of rebellion instigated as the artist asks his son to go to bed, these series of semi-rapped slights and mocks from a 6 year old reveal both the playful humour that is key to their relationship and the boy's acumen and knowledge of his father with his choice of snipes. 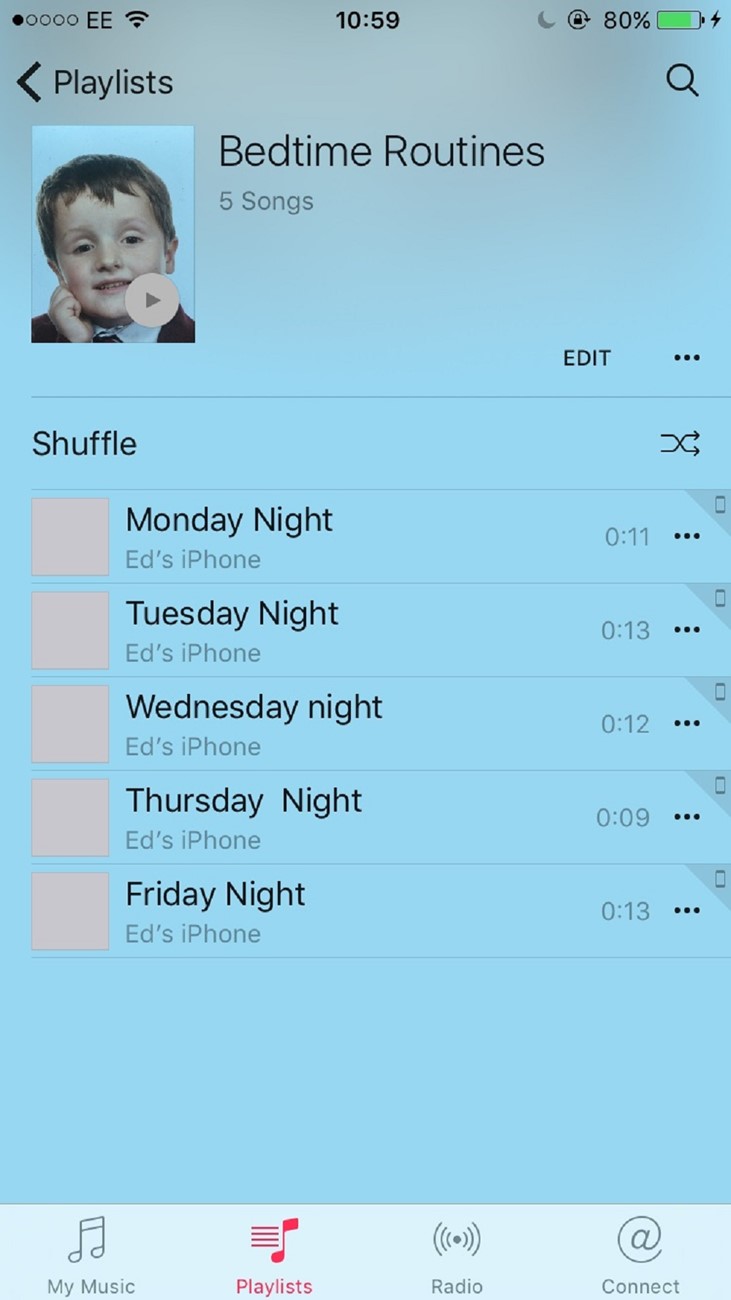 Mothers Pride is a durational performance. It is a space which, like the body itself, is autonomous. Evolving over a period of nine hours it becomes a site of meditation through action. It considers the maternal female within public space. As a mother I feel much conflict between the label of mother- what society perceives that to be, and how I feel as a mother, artist, feminist, etc. The notion of what qualities society thinks makes a ‘good’ mother is problematic and I wonder how the role is performed on a day to day basis. I am asking myself- where does my performance of the label of mother end and my true embodiment of being a mother begin? Using Mothers Pride bread and milk, materials evocative of comfort and a nostalgic memory of happy nuclear families that never really existed, I will reclaim space. I will reclaim my right to define my own borders, my own edges, my own limits and ultimately I will move closer to understanding what these are/where they lie. 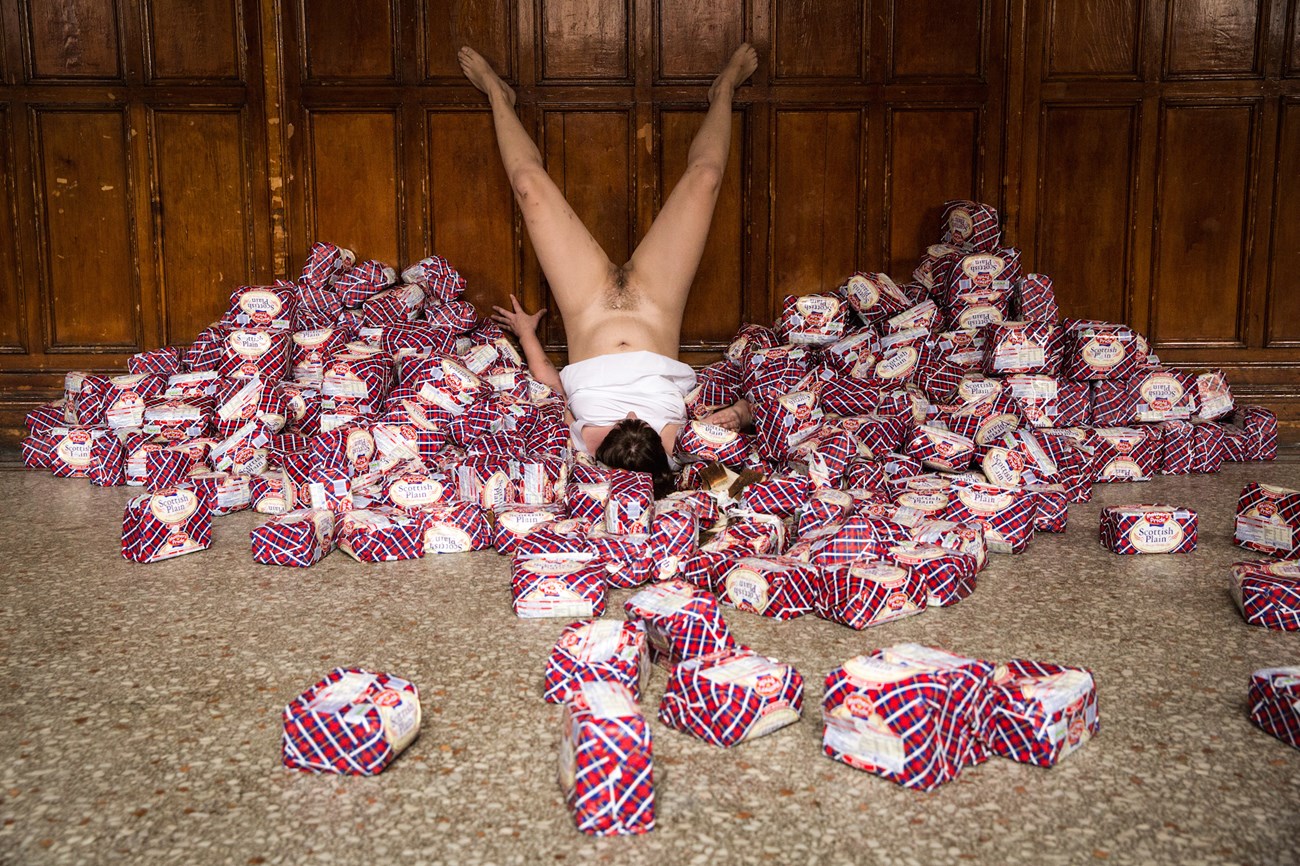 My 5 year old niece Rose draws prolifically, and for this collaboration (and unbeknownst to her), I used her drawings as instructions and attempted to recreate these in the real world.

To ensure a spontaneity to match that of the initial act, each drawing became a one day project; corners were cut, substitutes used and ad hoc solutions resorted to.

My collaborator was less than predictable, failing to comply with my self-imagined collaboration and producing instead un-anticipated images and coercing undertakings not of my choosing. Rose became, in my mind, the small capricious czar and I, subject to her whims. There was no mutual exchange. 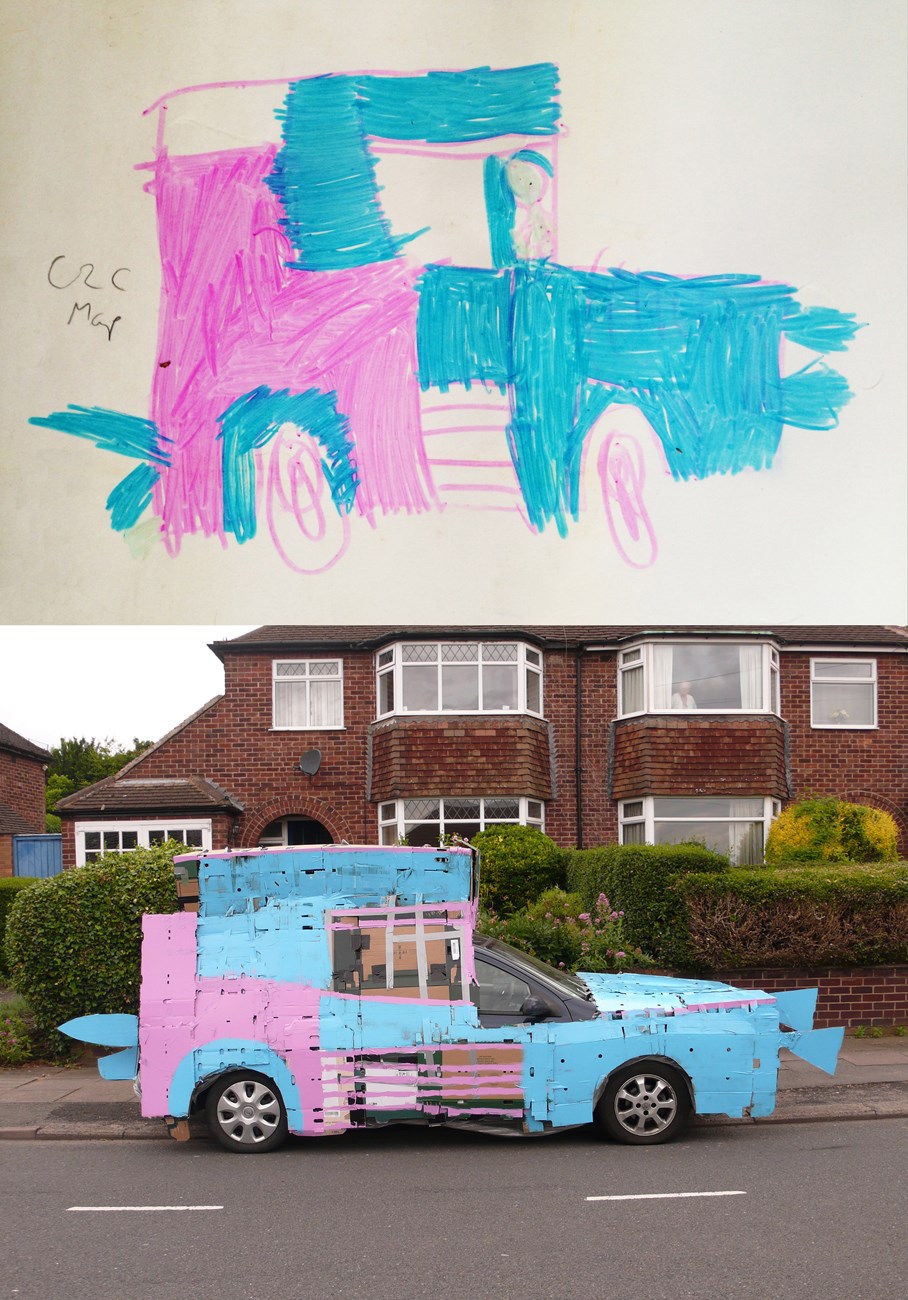 Anxiety is the Beginning of Conscience, which is not Compatible with Innocence 21 x 29 cm, acrylic on paper. 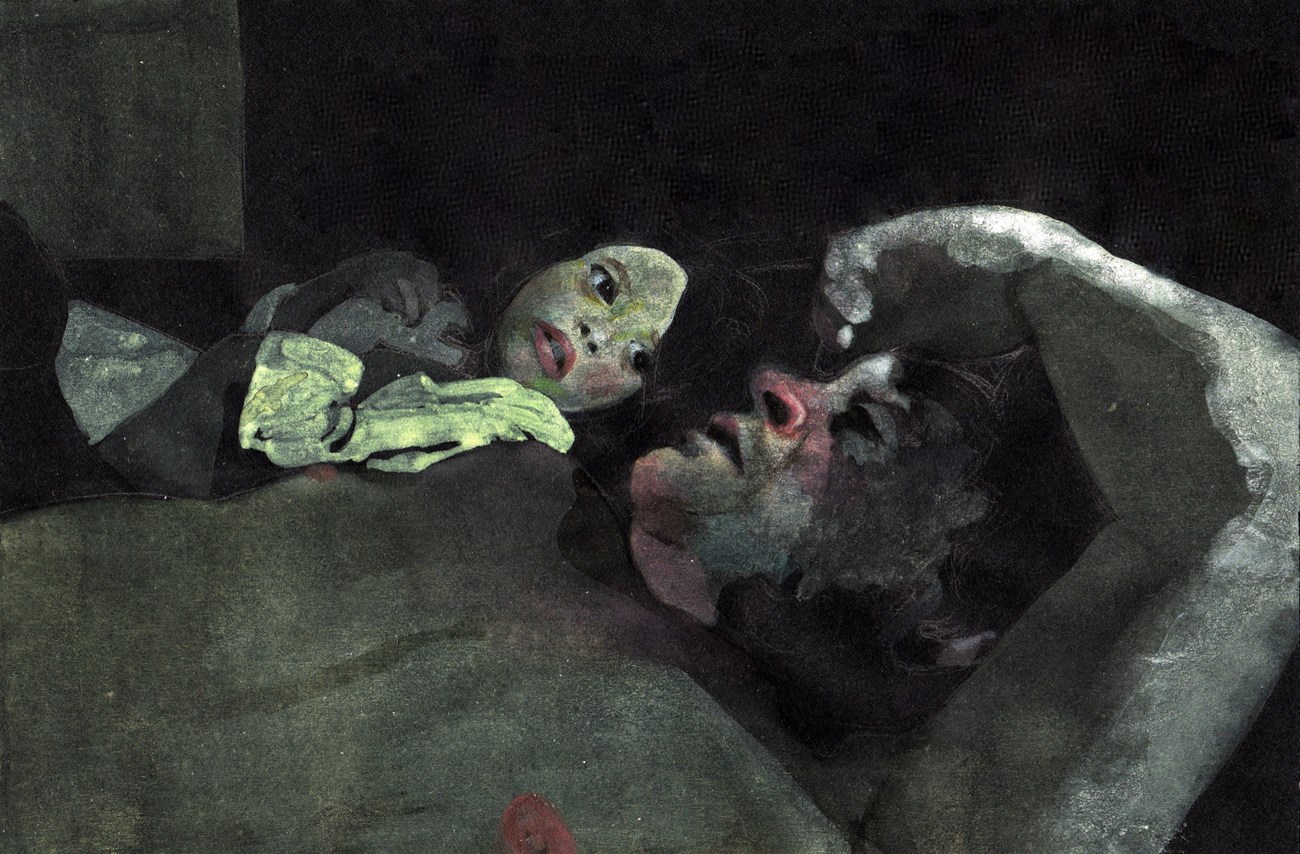 A performance using the multi-vocal textures of family life. Each of us - two adults and three children - had a set of questions. We addressed these to the other four people, gradually increasing the rhythm. The rule was that no-one answered any of the questions. We used five nesting stools, made from reclaimed timber, as individual podiums. At the crescendo of the performance we threw ourselves off our stools onto the floor in a heap. The performance was part of Essex Camarades, a poetry reading for the Essex Literature Festival.