For this years London Design Festival, Liz West has been commissioned to create a new work in collaboration with Fortnum & Mason. Iri-Descent is an ambitious work made from a vast arrangement of delicate suspended cubes covered in colour transmitting dichroic film. The work is being exhibited in the main atrium of the historic Fortnum & Mason store in Piccadilly, London from the 12th September until 25 October 2019.

Iri-Descent consists of 150 skeleton-framework cubes that descend through the space clad with highly reflective and luminous dichroic film in two differing colour-ways which mirrors and sheds light on its surrounds. The cubes appear to change colour as visitors move around the atrium and between the floors. There are two colour variations which systematically alternate throughout – warm and cool – offering a diverse range of hues. The choice of material embodies West's interest in the relationship between colour and light and their ability to enhance the viewers perception of the work.

Iri-Descent forms part of an ongoing series of spatial light works based upon research into colour theory and light fields with an ambition to transform architectural spaces and public environments. West works across a variety of media, mixing luminous colour and radiant light in a provocation of sensory reactions. With Iri-Descent, she wants to encourage visitors to engage with the space in a new way, and to examine their own personal relationship to colour and light.

A new installation and exhibiting space, located just outside Glastonbury on the Somerset levels. Outpost reflects the agricultural architecture of the surrounding area epitomised by water towers, grain silos and cattle barns. The structure also draws upon the industrial landscape photographs of Bernd and Hilla Becher and the Dustbowl images of Walker Evans and Dorothea Lange. The interior of the sculpture can be accessed to reveal an intimate showing space that will host artists proposals from 2017.

Four images from a new project - ‘Ramsgate Zoo 2020’, exploring my passion for Ramsgate's rich architectural heritage, architectural detail & particularly its rebated rendered signage. This is interwoven with my concerns and love for world wildlife, conservation & the natural coast of Thanet and its stunning marine environment. These images will be eventually available as digital prints. 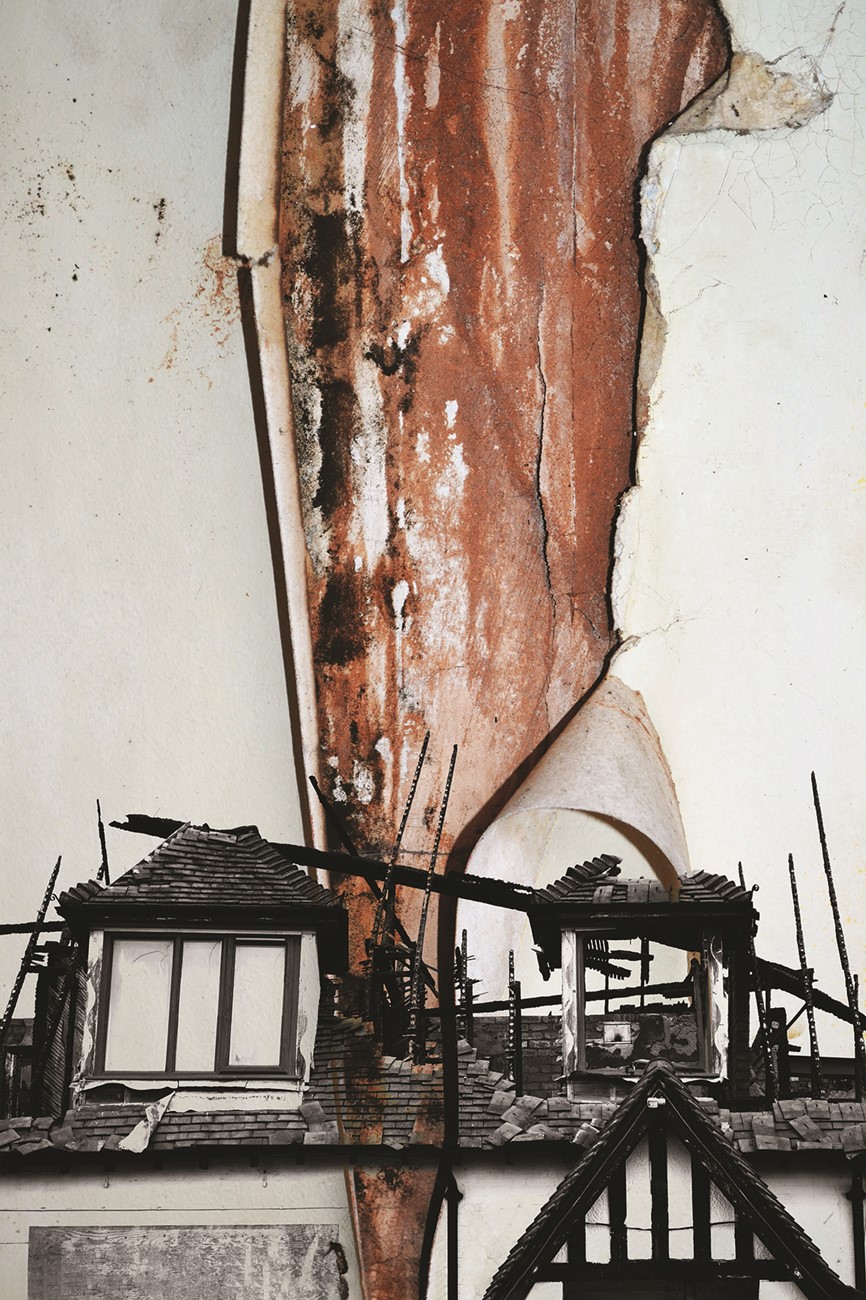 This work looks at how the Greco-Roman façade has, since the days of the Renaissance, been appropriated by governments, financial institutions and individuals to signify the solidity, veracity and established values of those respective institutions.

These columns and pediments had already acquired the status of monuments to past civilisations as they lay in ruins around Mediterranean Europe and North Africa. Architects such as Palladio saw their significance and grafted them on to otherwise four-square buildings, turning them into palaces of grandeur and power and in doing so, gave what we take as the 'Establishment' a sense of history and stability.
Have we been misled by this? Should we consider the other meaning of the word 'façade' where the intention is to deceive? Are these institutions without substance their continued existence shored up by rudimentary works from behind that are couched in terms such as 'Quantitive Easing' and 'Fiscal Stimulus'.