A woman opens a letter and reads it silently to herself. Then she stands and reads the letter to the camera She is reading a love letter, written for her by the artist.

The artist loves her, has always loved her, and wants the world to know why.

The artist wants the woman to love herself. 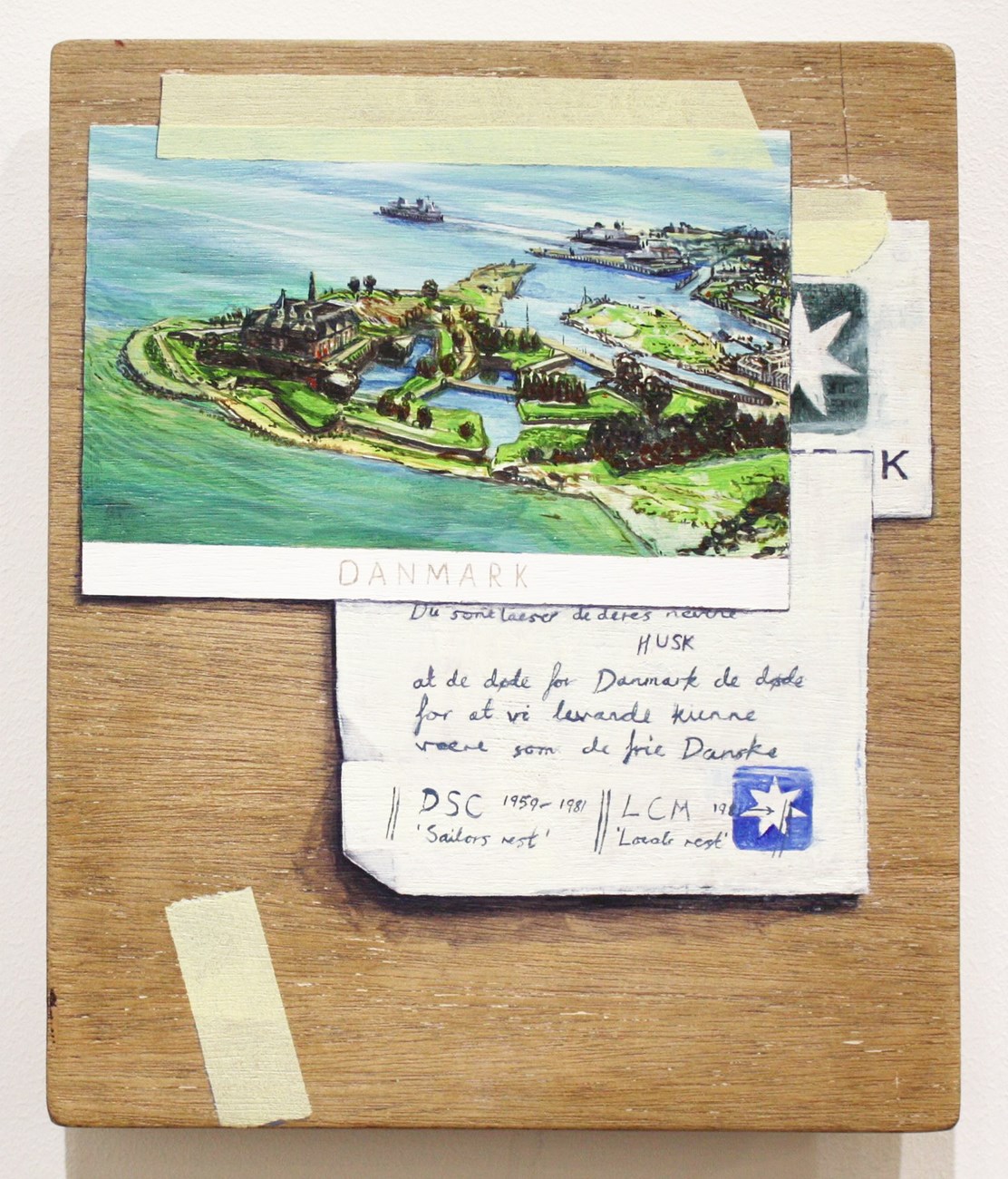 Alison J Carr and Kerstin Honeit were brought together by LoBe, Berlin, taking part in a residency and subsequent exhibition, in 2011. As they prepared to work together they began to exchange ‘video letters’. Their only rule was that they must respond to the video letter they receive. Over the course of these conversations a shared visual language has evolved in which the commonalities and differences of their respective practices are teased out in an intimate way. As the artists technically and visually quoted one another, conceptual and geographic distances were bridged. However, because of the conversational back and forth structure, the two artist’s identities remain recognisably distinct. 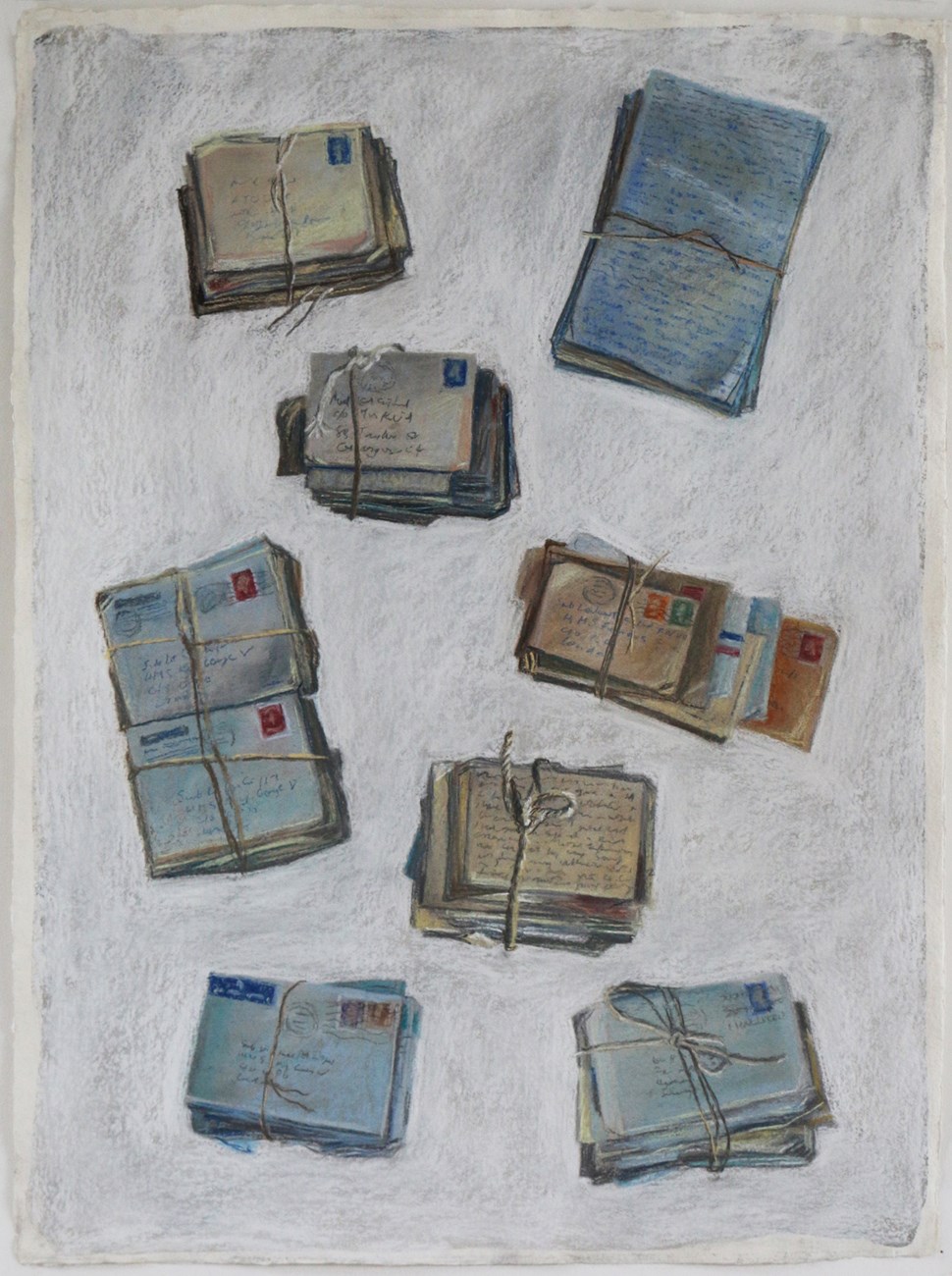 Letters Home is an installation across both the Gun & Spitroast and Horsmonden Social Club. The inspiration for the project began with the unique First World War photographic memorial housed within the social club.

As part of my project I contacted local families who had relatives connected with the memorial as well as larger archives such as the Imperial War Museum, National Archives and the Queen’s Own Royal West Kent Regiment Museum, in particular looking for any letters, postcards or diary entries from that period and related regiments.

My idea was to reflect the everyday lives for so many young men going to war, both the drab and damp conditions in the trenches, but also the food, their hopes and ultimately their sacrifice.

I have laser etched exerts from letters, poems and postcards onto pint and wine glasses that will be served to customers and visitors on a daily basis. At first invisible once filled with liquid the texts become more visible. The surface of the glass acting like a form of braille, it is present whether you read it at first or not.

These almost silent voices are both there and not there perhaps echoing their silent faces in the memorial and giving an insight into their private thoughts and messages to loved ones. 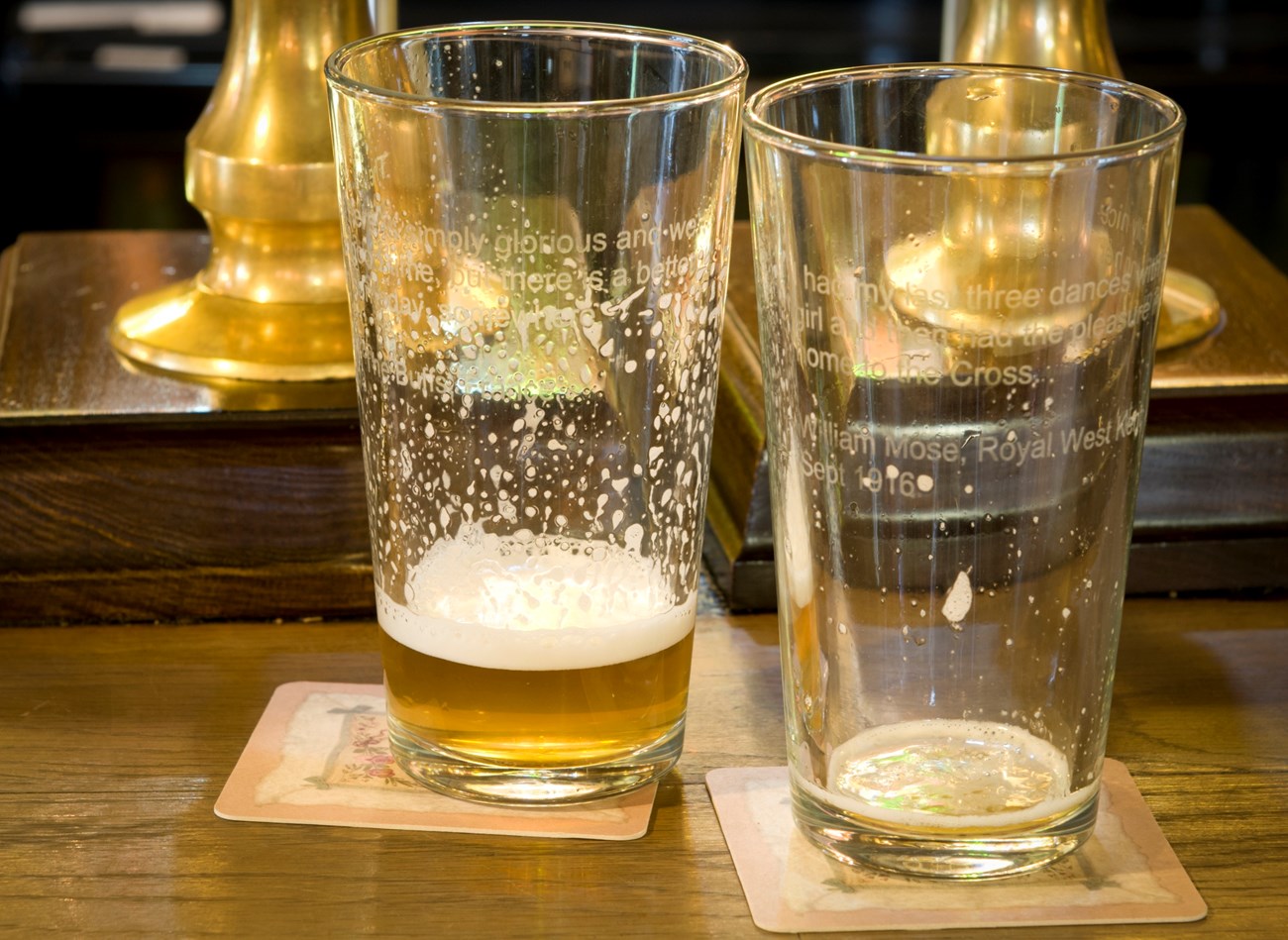