Tu Fewn was a series of DASH commissions based at venues in Wales, and I was commissioned to curate a three month programme at g39. I chose to explore the idea that art practice can (and should) be implemented as a tool for attempting to bring about positive change and to challenge institutionalised exclusion and prejudice. Organisations which don't examine and 'unpick' their stance/activity in this area can become isolated and be perceived as unapproachable, narrow thinking and outmoded even. Openness to a diverse set of viewpoints (artists/non artists; disabled/non disabled people/the regular gallery visitor/newcomers etc) is essential in ensuring a 'true' perspective, and encouraging diversity through a responsive dialogue. This is one way of achieving progress in addressing institutionalised exclusivity, and addressing the question of whether it’s possible to effect change in a permanent way. At g39 the programme was split into two halves, the first was a series of participatory, artist led events which revolved around a kind of visual arts version of Speakers Corner, providing a physical and metaphorical platform for artists looking at themes of diversity, access, empathy, labels, margins/mainstream and citizenship. 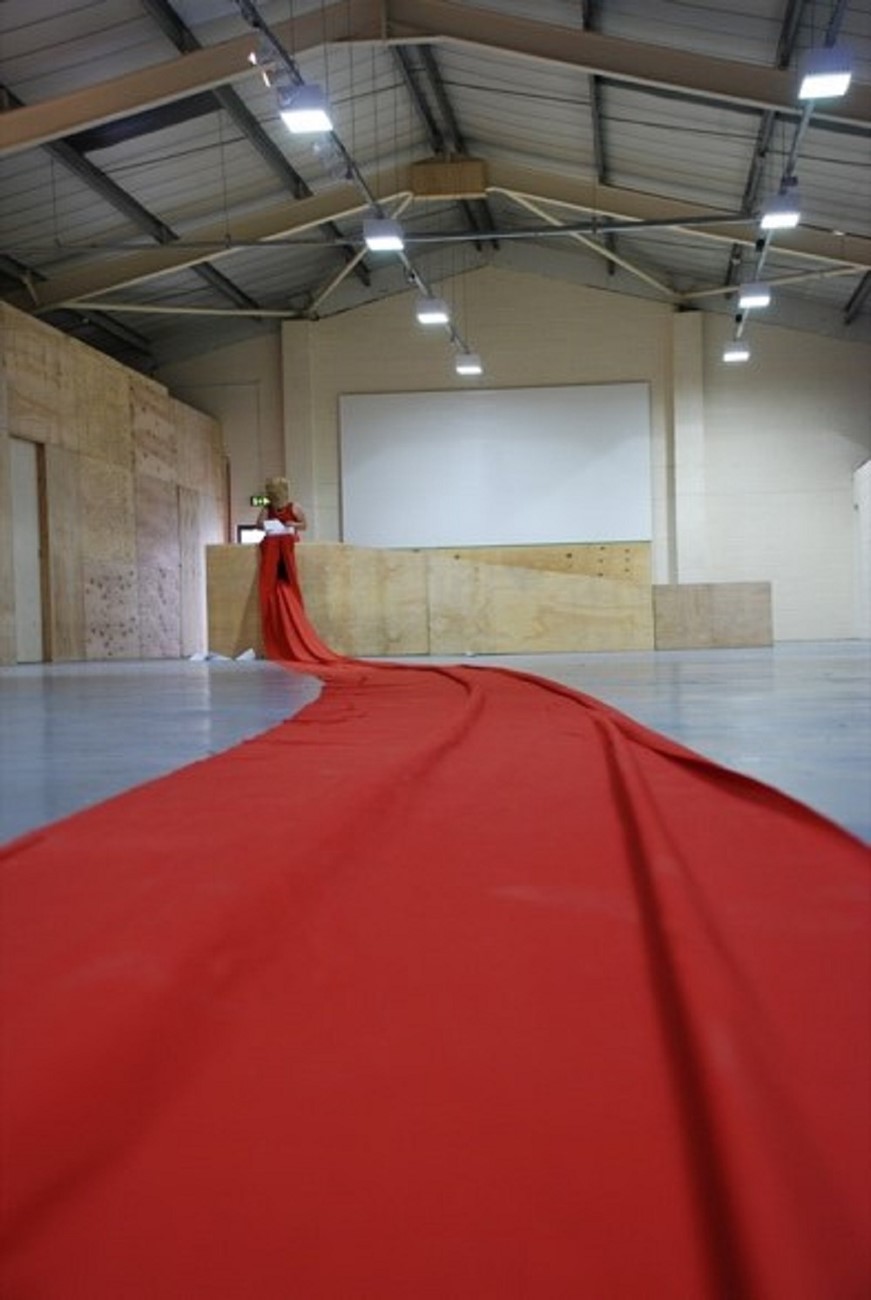 The large tithe barn within The Priory complex, a rare and unique group of medieval domestic and agricultural buildings, was the focus of this contemporary craft project. The title ‘Gather-ing’ references the function of a barn as a space to collect/bring/gather people, animals and crops, as well as a symbolic meeting place to gather for ritual celebration. 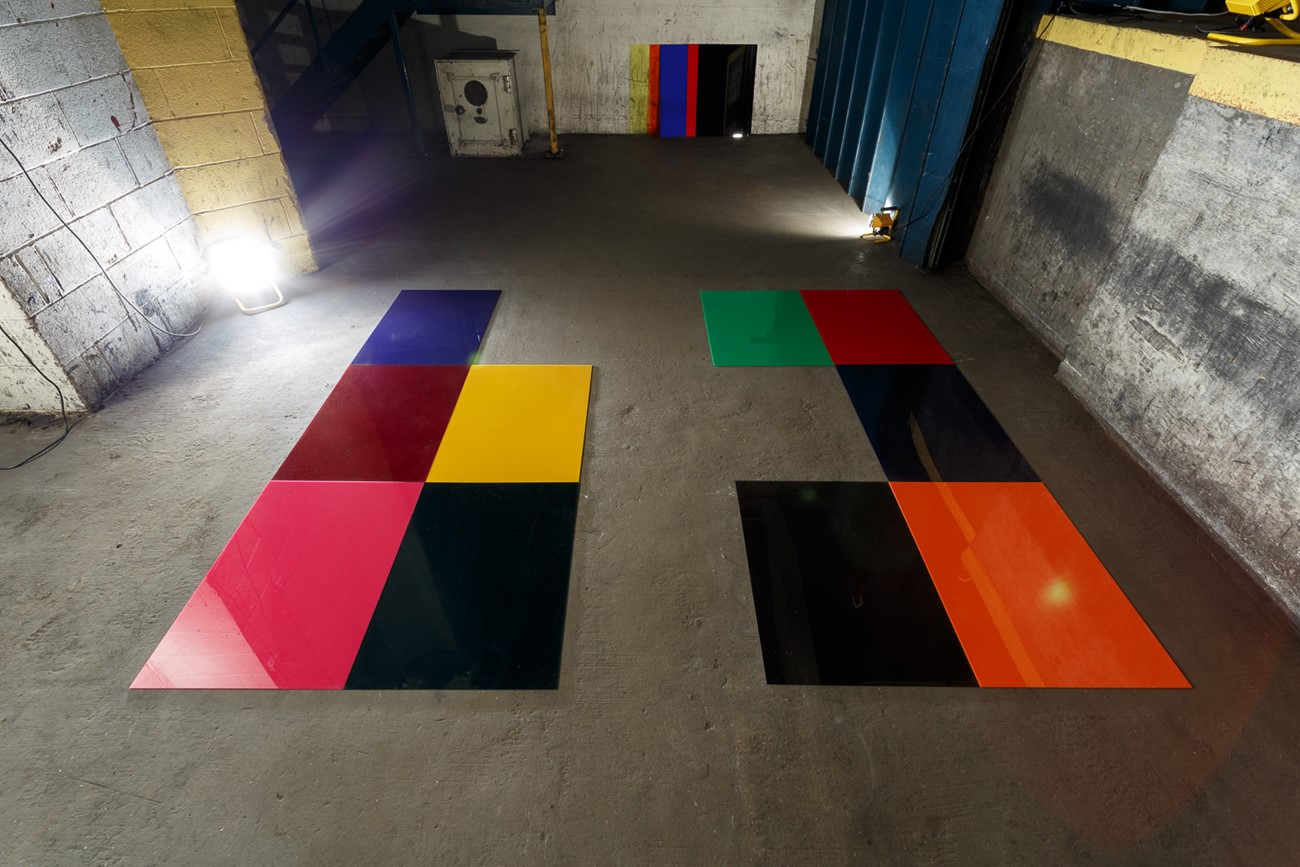 Acknowledging a fundamental shift in global perception, and with a nod to H.P.Lovecraft, Dreams of a Witch House is intended to become a provisional site for the representation of new states of reality. The sculpture installation offers a parallel world for ‘dark times’ invocating ideas about ecology, folklore, shamanic rites and utopian dreams gone awry. Enter the geodesic dome. Alone, together. Close your eyes. Open your eyes… 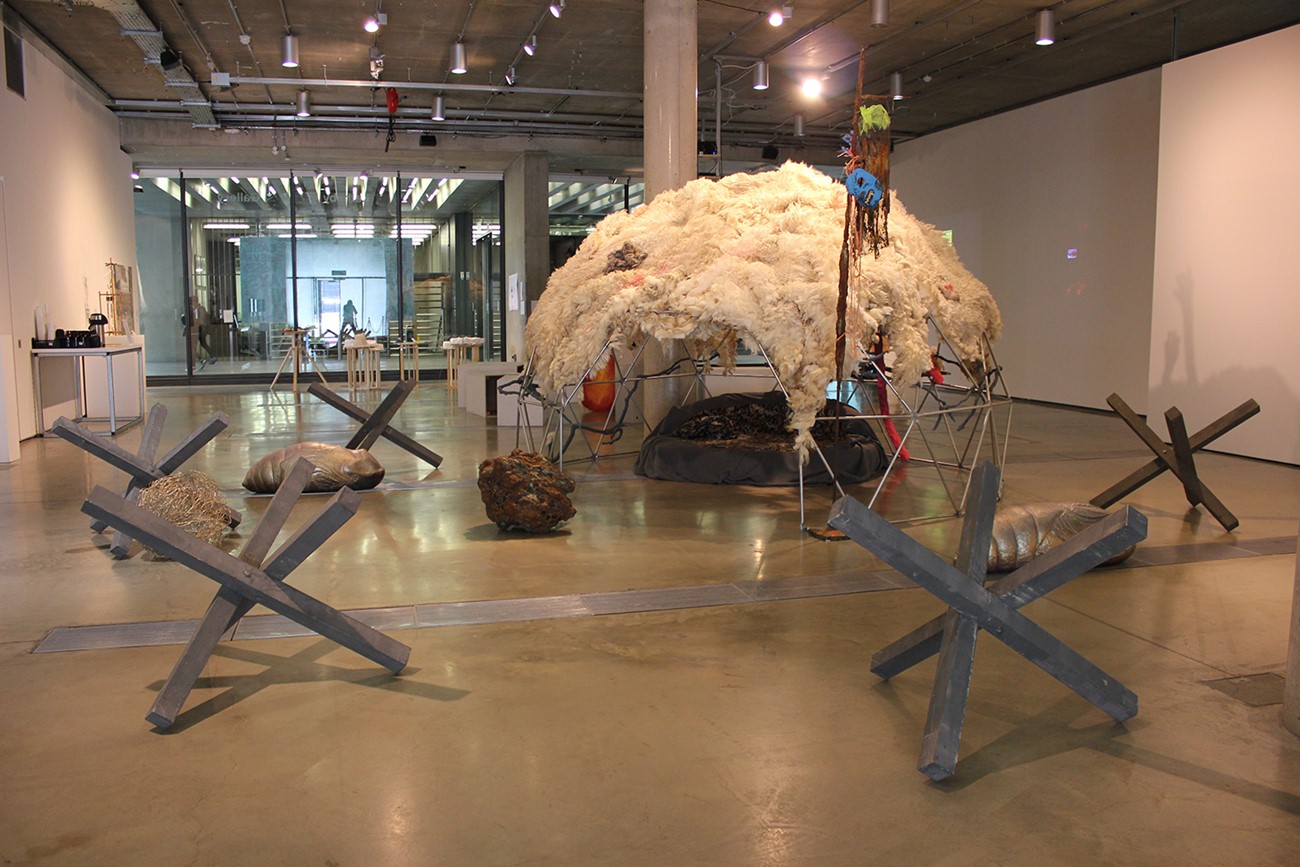 Sculpture using steel and concrete.
Commissioned by University of Gloucestershire, Cheltenham, to commemorate Pittville campus which, until recently, had been the site of an art school for 150 years. 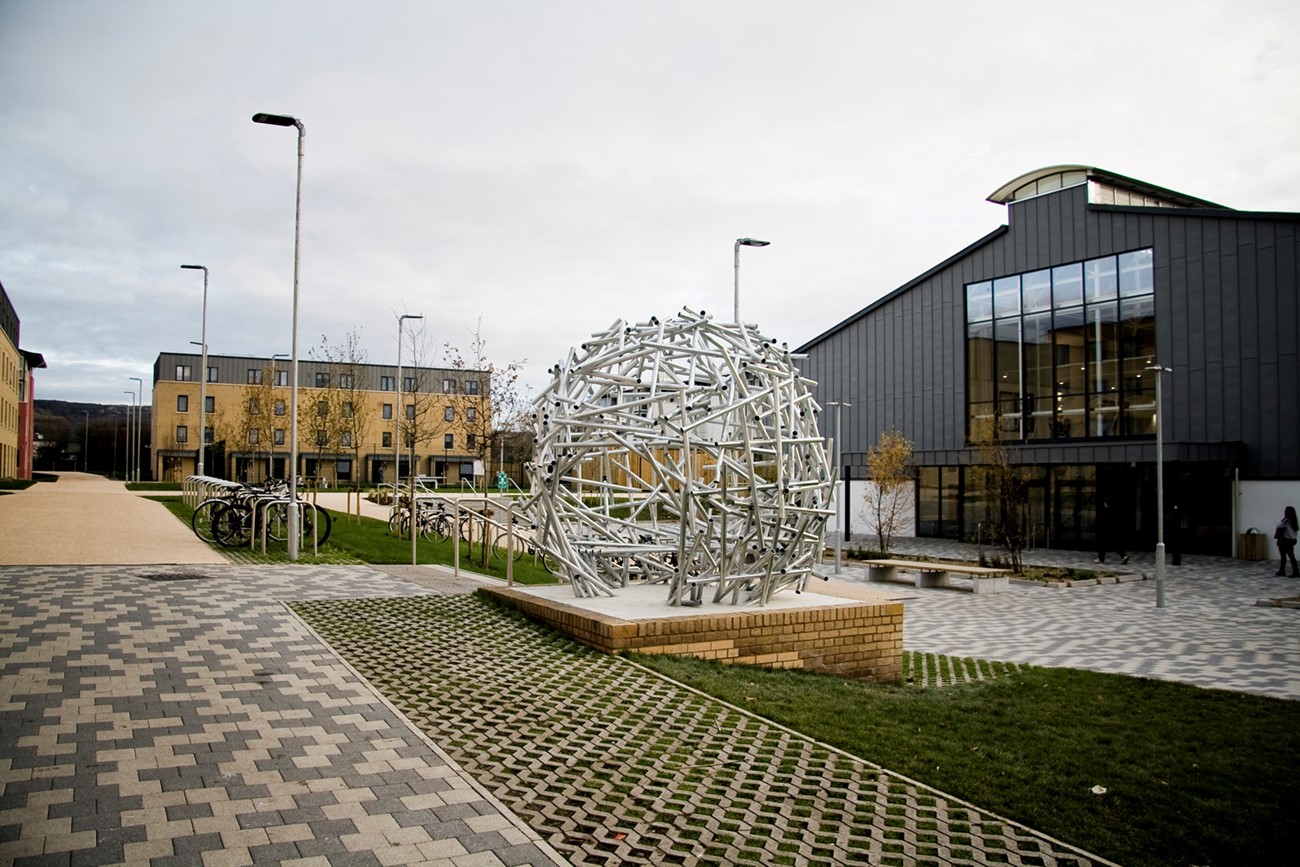