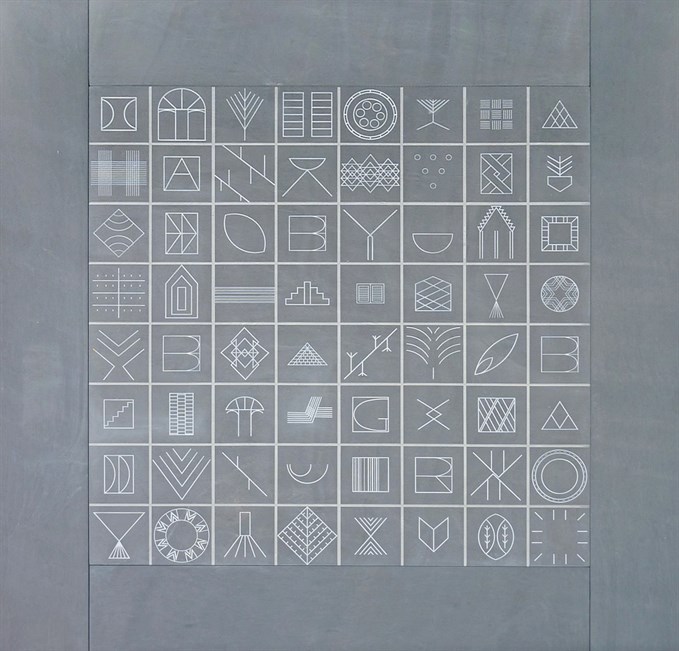 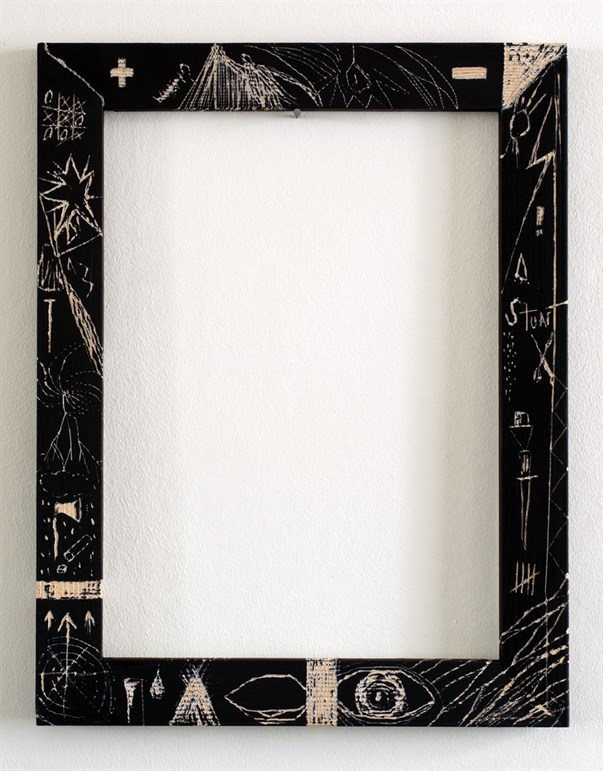 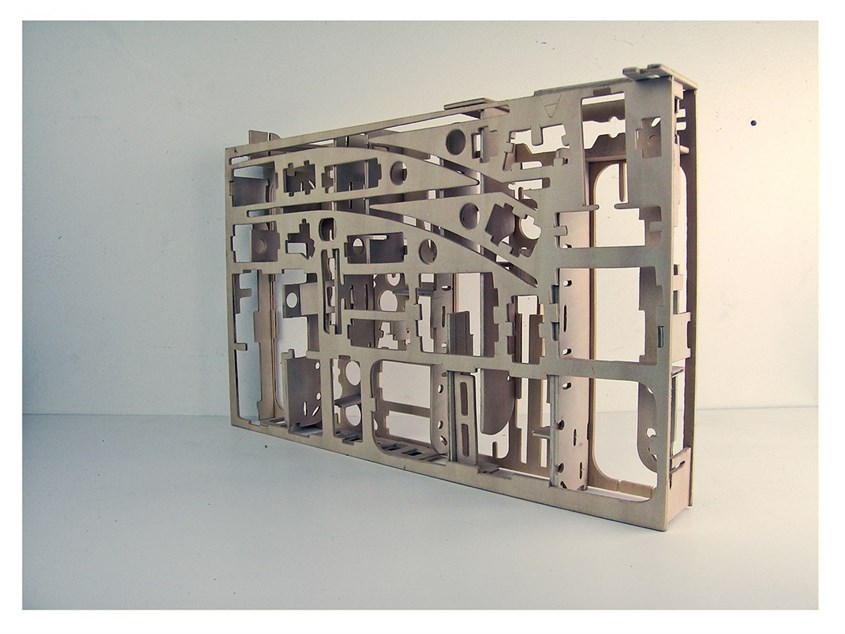 Inspired by the chalk drawings of South Indian Hindu women whose geometric structures and patterns are constructed around a matrix of dots.

The logic of the kolem is revealed through its construction and reconstruction yet, unlike the swift and confident movements of the Indian women the artist's hand is hesitant; the chalk squeaks and scrape, mistakes are made and hesitations are shared with the viewer. 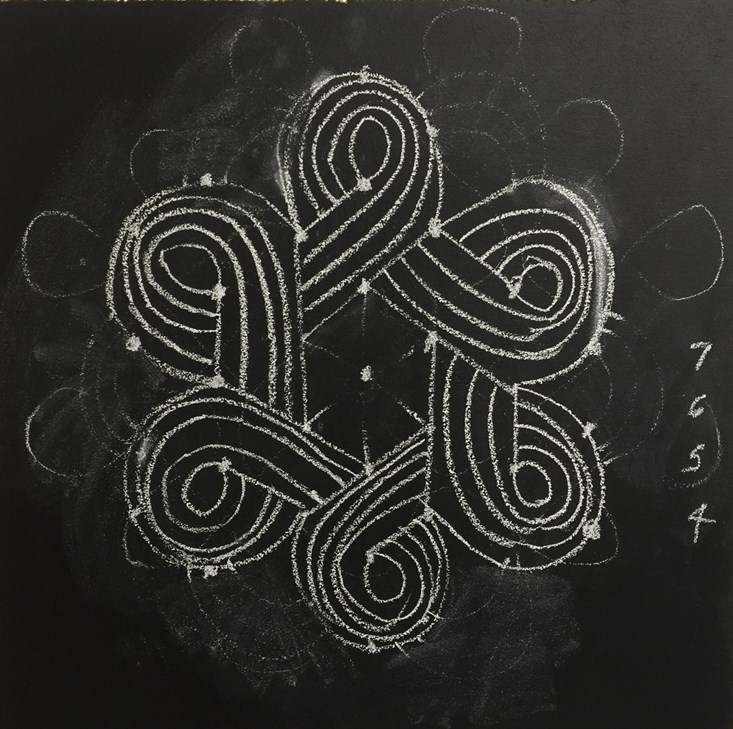 The Cuningar Stones: The Podium Stone, 2016

Large three-tiered podium stone carved with geometric and floral designs. The carvings are reminiscent of those found on Victorian buildings designed by Glasgow architect Alexander ‘Greek’ Thomson. Two of the steps have additional miniature podiums carved into them. 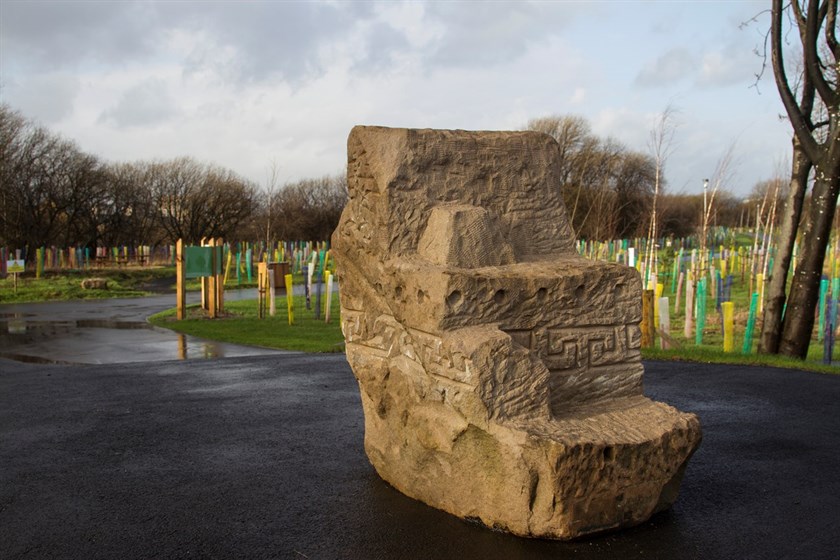